After coughing up a 19-point deficit in Game 2, the Mavericks find themselves in a 2-0 hole as the series swings to American Airlines Center. How will they respond with their backs against the wall? Read our NBA betting preview to find out. 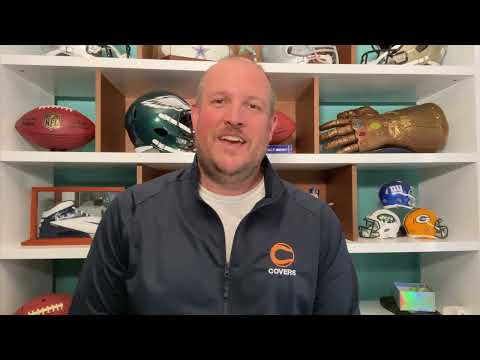 After letting a win in San Francisco slip through their fingers, the Dallas Mavericks are back home in desperation mode facing the Golden State Warriors in Game 3 of the NBA’s Western Conference Finals.

A blown 19-point lead and subsequent 126-117 loss Friday puts Dallas down 0-2 to Golden State in the series and has the Mavericks sitting as 2.5-point home chalk for Game 3 on Sunday, frantically trying to avoid another defeat.

Here are our free NBA picks and predictions for Warriors at Mavericks on May 22. Be sure to also check out our favorite player prop picks for this matchup!

Following Game 2’s collapse, Dallas opened as low as -2 at home for Game 3 and that spread has crept as high as -3 at some sportsbooks, as of Sunday morning. The total opened at 218.5 points and has bounced between that opener and 219.5 points.

The Mavericks are 10-4 SU and ATS at home when coming off a loss in their previous game this season. Totals have finished 3-11 Over/Under in those 14 contests. Find more NBA betting trends for Warriors vs. Mavericks.

Mavericks backers pinched themselves after the Game 2 collapse. They had a sure-fire winner at Mavericks +6.5 until they didn’t (about the 7-minute mark of the fourth quarter). What team are we dealing with in Game 3: the hot-handed offense that buried the Warriors under a barrage of triples or the team that walked out of the Chase Center on Friday night?

Part of the problem for Dallas in Game 2 was that hot hand. The Mavericks couldn’t miss from outside and that turned into a 24-minute heat check in the second half when Dallas’ typically methodical approach on offense was chucking up long-range looks earlier in the shot clock.

The Mavs went 2-for-13 from distance in the third quarter, and those long rebounds helped fuel the Warriors’ transition attack for easy buckets on the other end. For the sake of its defense, Dallas must not get carried away on offense – no matter how well it shoots in Game 3.

The Mavericks’ 3-point touch in that first half was helped along by the ability to get mismatches off the pick-and-roll on guys like Luka Doncic and Jalen Brunson, who bullied their way into the paint – either hitting high-percentage looks or collapsing the Dubs' defense for extra space on the kick out beyond the arc.

Dallas got away from those clock-chewing switch-seeking sets in the third quarter and either tossed up quick shots from distance or contested jumpers. With Golden State’s top defender Andrew Wiggins playing through a sore ankle and the Mavs having success going after Stephen Curry, Klay Thomson, and Otto Porter in isolation, expect Jason Kidd to simplify his game plan and let all good things come from dribble penetration.

As for Golden State, it’s still blending defensive looks of man-to-man and zone but neither really had success in Game 2. Dallas very much ran so hot in the first half that it burned itself out with natural regression settling in after the team knocked down 15 of 27 from beyond the arc. The Mavericks finished the second half just 14-for-34 from the field, including a 6-for-18 clip from deep.

Turnovers are also still a consistent sore spot for the Warriors, who have coughed up the ball 31 times through two games with Dallas. The Dubs had 13 giveaways in Game 2, with 11 of those in the opening 24 minutes – playing into the Mavericks’ quick start.

So far in the West finals, Dallas has transformed 31 turnovers into 29 points and perhaps almost as importantly, added extra possessions meaning less time with the basketball for Golden State’s talent-rich roster.

Dallas has been in this spot before, down 0-2 to the Phoenix Suns in Round 2, and coming back with a vital Game 3 victory. The Mavericks leaned on their tried-and-true tactics in that game and will do so again tonight.

Oddsmakers made a big adjustment to the total between Game 2 and Game 3, opening this number at 218.5 points – more than four points higher than the opening total for Friday’s contest.

A big part of that adjustment is the firepower from beyond the arc, not just for Dallas but also Golden State. The teams combined to shoot 48% from 3-point range in Game 2, a shooting clip that won’t carry over to Sunday’s showdown in Texas.

The Warriors offense has been happy to take whatever the Mavericks are giving them, and so far that’s clean lanes to the basket. Golden State did have to play with more urgency in the second half due to being down by double figures, but it will get back to more patient playmaking and passing tonight.

As for the Mavs, even with home court, there’s no way they shoot as well as they did on Friday. The pace of the first half was an uncharacteristic 106.0 and pumped out 130 points before a dramatic shift in tempo set in, dropping to a pace rating of 91.0 in the second half – closer to the 96.5 rating from Game 1.

We did see the Warriors make some defensive tweaks in the second half of Friday’s contest, more so as it relates to closing out of shooters and just how much space Golden State wants to give shooters on the weakside. We’ve seen the Dubs focus their defense on role players in the past two series, and may take that approach tonight by allowing Doncic to have his way and suffocating the Mavs’ role players.

These are still two of the better defensive clubs in the NBA and should be treated as such. We’ll gladly go below the inflated number in Game 3.

We get another kick at the can as it pertains to the infamous “0-2 1H” NBA Playoffs trend.

For those of you not in the loop, one of the most profitable postseason betting systems of the past 15 years is taking the first-half spread on the team down 0-2 in the series coming back home for Game 3.

That narrative is that this “0-2” team is desperate for a solid showing in front of the home faithful and come out guns a-blazin' in the opening 24 minutes against an opponent that may be a little fat and happy holding a two-game series lead.

For a while, this trend was gambling gold, hitting almost every time this 0-2 Game 3 situation showed up in the playoffs. However, bookies got wise to this system and started padding those first-half point spreads.

We’ll bite, not only knowing Dallas is desperate and has shown this same first-half fight before but also banking on the Mavs to continue their strong play in the opening two quarters. The Mavericks were magnificent in the first half of Game 2 and rank second among all qualified playoff teams in first-half net rating at 7.4.

Did you know that if you parlayed today’s NBA Warriors vs. Mavericks predictions and picks in a single-game parlay, you could win $56.73 on a $10 bet? 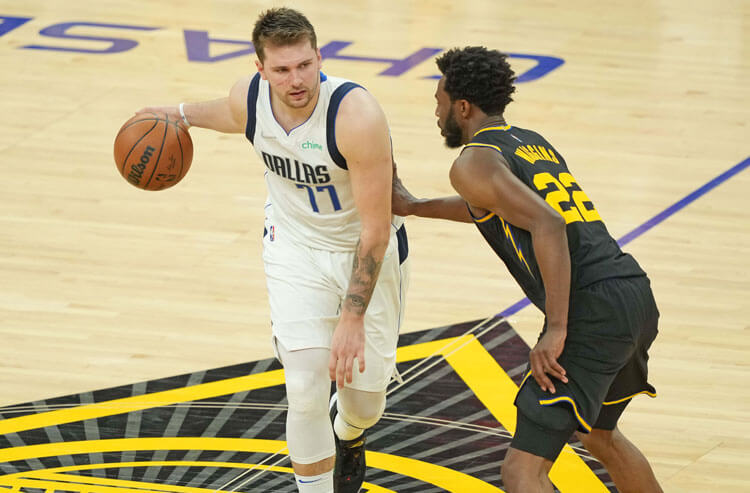 Warriors vs Mavericks Game 3 Picks and Predictions: Will Dallas Fight Back in Game 3?
Provided by