Kawhi Leonard departed Game 5 due to an ankle injury but quickly answered "Yeah, I'm going to be able to play" when quizzed during Wednesday's media availability.

All-Star small forward Kawhi Leonard vows to be the in the starting lineup on Thursday when the San Antonio Spurs attempt to close out their playoff series with the host Houston Rockets. Leonard departed Tuesday's Game 5 due to a left ankle injury but quickly answered "Yeah, I'm going to be able to play" when quizzed during Wednesday's off-day media availability. **video

The second-seeded Spurs took a 3-2 series lead by pulling out a 110-107 overtime win in Houston with Leonard (22 points, 15 rebounds) seated on the bench and know finishing off the Western Conference semifinal series will be an arduous task. "It's going to be tough. They're a great offensive team," Leonard told reporters. "They're a bunch of competitive guys. They play great at home. It's going to be tough. It's going to be about taking care of the ball, playing confident and trying to minimize our mistakes." Rockets guard James Harden had 33 points, 10 rebounds and 10 assists in Game 5 but had his last-second 3-point attempt was blocked by San Antonio guard Manu Ginobili. "We couldn't get in a rhythm at the end of the game or in the overtime," Harden told reporters. "We had an opportunity to win this game and take a lead back home and we let it slip away. But we will be ready on Thursday."

LINE HISTORY: The Rockets opened as 6.5-point home favorites for Game 6 and that number was bumped up to -7.5 on Wednesday. Kawhi Leonard showed up to the gameday shoot-around without a brace or a limp and shortly after that report the line dropped down to -6, the spread has since bumped back up slightly to -6.5. The total opened at 215, came down to 213.5, before climbing slightly to 214.5. About an hour before game-time it was announced that Leonard would not play and the point spread spiked to -8.5 and the total dropped to 212.5. Check out the complete line history here.

ABOUT THE ROCKETS (68-25 SU, 47-44-2 ATS, 52-39-2 O/U): Harden is averaging 27.4 points and 10.2 assists for third-seeded Houston but was just 4-of-15 from 3-point range in Game 5 and is shooting just 32.1 percent from behind the arc in the series. "I'm all right. Just missed shots," Harden told reporters while asserting fatigue isn't an issue. "Missed shots and just didn't make enough plays to win. Obviously, other players stepped up and made big shots, and that was the game." With veteran center Nene (groin) done for the postseason, the Rockets only used seven players with 3-point bomber Ryan Anderson seeing action in the interior to help compensate for the loss.

ABOUT THE SPURS (61-31 SU, 48-44 ATS, 47-44-1 O/U): Ginobili had his best game of the series with 12 points, seven rebounds and five assists in addition to the game-saving rejection of Harden. "I don't feel like I had a huge game," Ginobili told reporters. "I felt better than the previous ones, for sure, but I guess the standards are a little lower." Patty Mills figures to draw the start at point guard for the second straight game after scoring 20 points and knocking down five 3-pointers during Game 5. 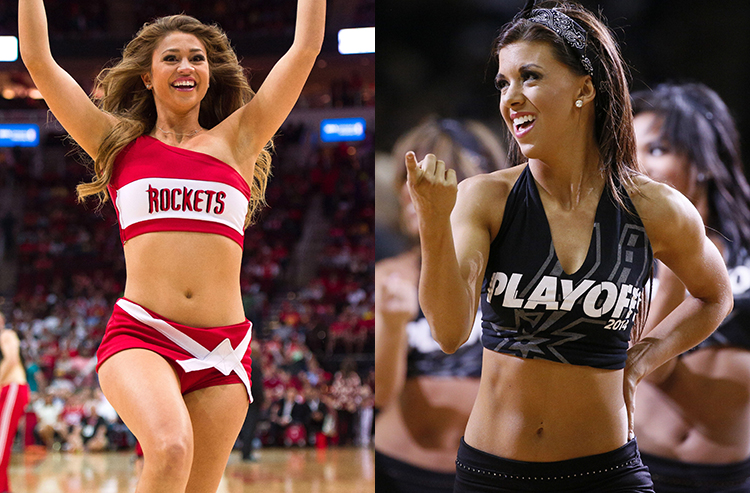 Check out a complete list of hot and cold trends here.

COVERS CONSENSUS: 66 percent of the Covers public is siding with the road underdog San Antonio Spurs and 69 percent are on the Over. View full consensus data here. 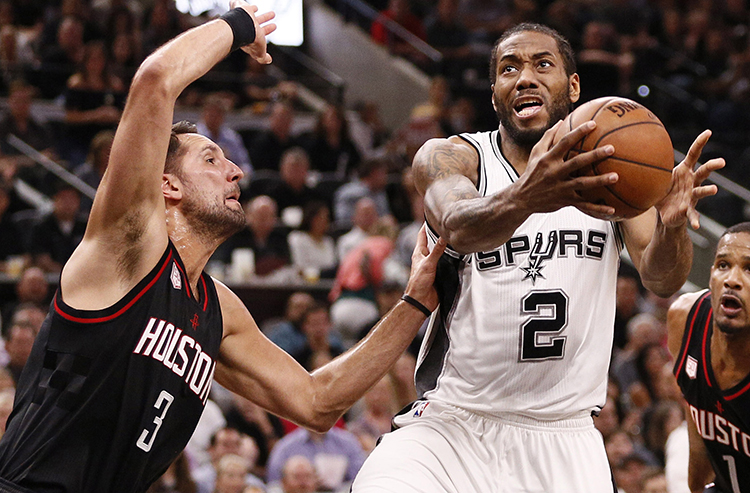 2022 NBA Mock Draft Version 2: Props Hit the Board Ahead of Draft Night
Rohit Ponnaiya | Jun 18, 2022
About Us
Contact Us
Careers
Our Team
Brand
Testimonials