Chris Paul and Phoenix try to put Denver in an 0-3 hole tonight, but must do so on the road against a desperate opponent. Can they cover a thin NBA betting spread and get the job done? We've got your Suns vs. Nuggets picks.

On Friday, June 11, the Phoenix Suns will be going for a 3-0 series lead when they take on the Denver Nuggets. The first two games in this series were lopsided, without much of an NBA betting sweat, but it’s not likely that the Nuggets will go down without a fight.

Will Denver find a way to get back in this series? Keep reading for our Suns vs. Nuggets picks and predictions to find out.

The Under is 9-4-1 in Phoenix’s last 14 games as an underdog. Find more NBA betting trends for Suns vs. Nuggets.

The Suns won the first two games of this series by a total of 42 points, so the Nuggets are going to come out with some serious intensity on their home floor. Denver head coach Michael Malone ripped into his team after a miserable Game 2 effort, and it’s hard to imagine that his group won’t respond. However, playing a lot harder isn’t guaranteed to do much of anything against this Phoenix team.

The reality is that without Jamal Murray on the floor, the Nuggets are just completely outmatched. Sure, the return of Will Barton gives Denver a little juice — and he did look good in Wednesday’s loss — but the Suns were the best road team in basketball during the regular season, and it’s hard to imagine them not winning one of these two games in the Mile High City. The sharps seem to think that it isn’t going to be this one, but Michael Porter Jr. is playing with a bad back and Monty Williams has his team taking advantage of that.

In Game 2, the Suns hunted Porter to the point that it was almost just downright mean. Phoenix hit six of the eight threes in which Porter was the closest defender, and Chris Paul was relentless in finding ways to get Porter switched onto him. There’s no denying that Porter is an incredible shooter, and Denver badly needs him to be its second-best scorer in this series. But as long as he is bleeding points on the other end of the floor, it’s going to be hard for Malone to keep playing him. The Nuggets coach said that he might need to sit some of his usuals in order to get some more fight out of his group. It wouldn’t be surprising if this is one of the changes he makes.

Also, Deandre Ayton hasn’t flinched in his matchup with Nikola Jokic, the league MVP. Ayton got into foul trouble early in Game 2, but he was able to play through it and continue to be effective. The 22-year-old isn’t capable of completely shutting down Jokic, but he doesn’t have to. He’s making the Nuggets star work for everything, and he’s hustling nonstop. Of course, Jokic could go absolutely crazy at any moment, and that would give Denver a chance of winning. But for now, the Suns look ready to take care of business and they want to do it quickly.

After Malone challenged his team to start showing some pride on both ends of the floor, it’s hard to envision the Suns reaching their series average of 122.5 points per game. Denver is going to be a bit more prepared for Phoenix’s pick-and-roll attack, so the team likely won’t lose as many wide-open shooters In Game 3.

That alone will help keep this game Under the total, and it’s not like the Suns aren’t capable of winning grind-it-out games. Phoenix had the sixth-best defensive rating in the league this season, so don’t expect this group to look out of place in a slow-paced slugfest.

Paul had a really tough series against the Los Angeles Lakers, as he injured his shoulder and just wasn’t able to play his game. Now, Paul appears to be closing in on full health and his jumper has returned. Through two games in this series, Paul is averaging 19.0 points and 13.0 assists per game. He’s up to 44.4 percent from the floor and 40.0 from three in the playoffs, and he’ll now need to come out and perform at a high level in Denver.

Paul has mostly managed games throughout the course of the postseason, but it’s going to be difficult for some of Phoenix’s role players to play well in a hostile road environment. With that, look for Paul to lean a little more on his scoring ability than normal. He should have some good mid-range looks in this one, as he knows how to get himself opportunities to go one-on-one against Jokic and Porter. 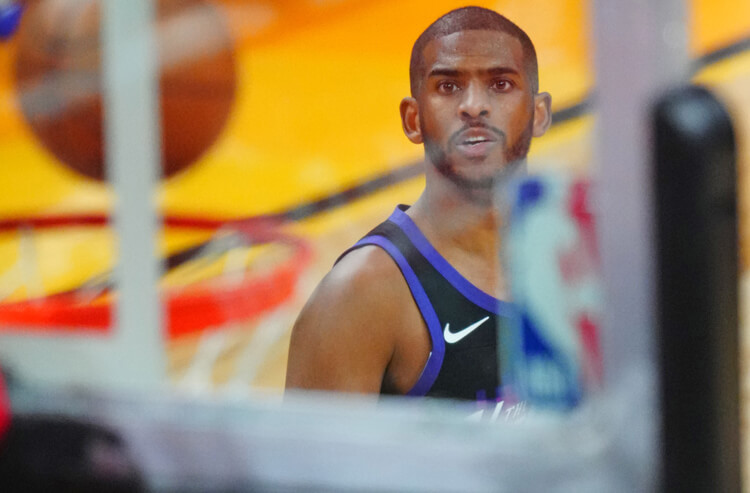 Suns vs Nuggets Game 3 Picks and Predictions: Suns Shine in Mountains
Provided by