As the Bucks and Warriors look to close out their second-round series tonight, we're scouring the markets for our best NBA player prop picks, including fading Jayson Tatum, and banking on Memphis' pressure getting to Draymond Green. 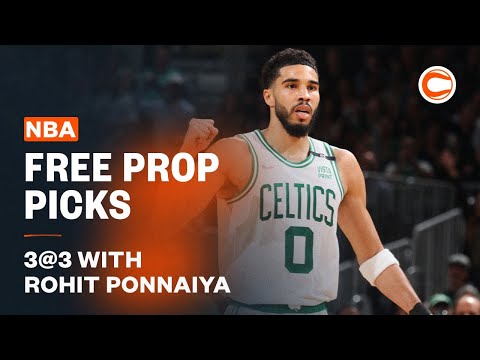 A pair of crucial Game 6 matchups make up the NBA betting board this Friday with the Milwaukee Bucks and Golden State Warriors looking to wrap up their respective series at home.

With the Celtics and Grizzlies fighting for their playoff lives, we're looking to fade Boston forward Jayson Tatum with one prop play while backing Memphis forward Jaren Jackson Jr. to have another big game in Ja Morant's absence.

We also expect Draymond Green's volatile play to continue as we bring you our three favorite free NBA player prop picks for May 13.

NBA player props for May 13

Jayson Tatum had 34 points in Boston's Game 5 loss, but the forward was less impressive on the glass, where he had six boards and helped allow the Bucks to boast a 49-36 rebounding edge. Tatum was far better on the boards in Game 4 when he snagged 13 rebounds, but that's the only time in nine postseason games where he's grabbed more than six.

Al Horford and Jaylen Brown have been far more active on the glass this series and we expect that trend to continue with Tatum more focused on putting the ball in the basket. Fade Tatum on his rebounds total.

Memphis forward Jaren Jackson Jr. dropped 21 points in just 25 minutes on Wednesday in the Grizzlies' rout of Golden State. That followed up on a Game 5 performance where he also scored 21 despite going 0-7 from three-point range (including that last-second shot that was blocked by Draymond Green). He opened this series with a sensational Game 1 performance where he scored 33 points on 10-18 shooting.

Although Jackson was much quieter in Games 2 and 3, where he scored just 12 and 15 points respectively, he still attempted 13 and 14 shots in those contests, so the volume was certainly there.

With Morant likely out for the rest of the postseason, Jackson should continue to see a high amount of shots. With the O/U on his points set at 17.5, a number he has eclipsed in four of his last six games, we're taking the Over.

Warriors big man Draymond Green will likely have the task of defending Jackson but he also needs to stay focused on the offensive side of the floor. Green had five turnovers in 22 minutes in Game 5 and has now turned the ball over 20 times this series — including five times in just 17 minutes in Game 1.

Green's playmaking is pivotal to Golden State's offense so it isn't like head coach Steve Kerr can just phase him out, and with his value on defense, he'll need to log plenty of minutes to battle Grizzlies bigs like Jackson, Steven Adams, and Brandon Clarke.

Green's turnovers total today is at 3.5 with the Over paying out at plus money. With Green coughing up the ball at least four times in four of five games in this series, back the Over. 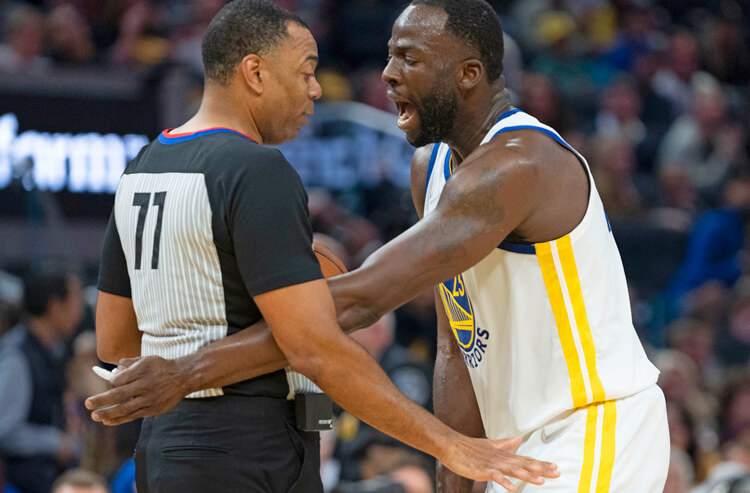