The Warriors may need to make a little more room in the rafters at Chase Center. Golden State is now favored to win its eighth NBA championship in franchise history after dispatching the Boston Celtics in six games in the 2022 NBA Finals.

Get used to seeing the Golden State Warriors on basketball’s biggest stage.

Within minutes of hoisting the Larry O’Brien Trophy at TD Garden, sportsbooks around the world had anointed the 2021-22 NBA champs as the favorites to win the league’s grandest prize yet again in 2023.

The Warriors opened with +460 NBA championship odds at FanDuel, just ahead of the Boston Celtics, whom the Dubs vanquished in six games in the 2022 NBA Finals. Rounding out the Top 5 are the Brooklyn Nets, Milwaukee Bucks, and Los Angeles Clippers.

Notably absent from that list are the Los Angeles Lakers, whose +2,600 opening odds are the longest of the LeBron James era. It’s a glaring omission for a team that still features a pair of Top 10 talents in LeBron and Anthony Davis, as well as a nine-time All-Star and former MVP in Russell Westbrook.

The Lakers opened the 2021-22 season with the shortest odds to win a title, but failed to make the playoffs due to a series of devastating injuries and poor roster construction.

Reaching the postseason shouldn’t be an issue for the Warriors in 2023. The team is likely to retain most of its championship core, with Steph Curry, Klay Thompson, Draymond Green, Andrew Wiggins, and Jordan Poole all signed for at least one more season. Golden State also has the Bird Rights of unrestricted free agent Kevon Looney, who appeared in all 104 regular season and postseason games and supplied the team with undeniable hustle and grit.

Word to the wise

Golden State can look forward to an infusion of fresh, young talent with the eagerly anticipated return of James Wiseman. The 21-year-old center averaged 11.5 points and 5.8 rebounds in 39 games in 2020-21, before a torn meniscus derailed his rookie season.

Wiseman missed the entirety of Golden State’s championship run, but has now fully recovered and is expected to play in Summer League. His height and off-the-charts athleticism will be welcome assets on a Warriors team that looked undersized at times against the Celtics.

The Warriors also have high hopes for 2021 draft picks Jonathan Kuminga and Moses Moody, both of whom had their moments in their inaugural campaigns. The 19-year-old Kuminga scored 17 points or more three times in the playoffs, while the sharp-shooting Moody erupted for a season-high 30 points during a regular-season game against the Denver Nuggets in March. Their presence should allow Steve Kerr to rest his veterans during the dog days of the season, a must for any aging team hoping to repeat.

Speaking of the draft, the Warriors have three selections in the upcoming 2022 NBA Draft (28, 51, 55), scheduled for June 23. The franchise has an excellent track record for finding diamonds in the rough, including Poole, whom they nabbed 28th overall in 2019, Looney, whom they snagged 30th in 2015, and Green, who fell all the way to 35th in 2012. Unlike some teams, the Warriors have the luxury of bringing players along slowly, and will likely target the best prospects available since the club has few pressing areas of need.

Adding a trio of players on rookie-level contracts is an especially attractive option for the Warriors as the team spent a staggering $345 million on its championship squad, including $170 in luxury tax payments. It was the second-highest payroll in the league, and GM Bob Myers may be forced to make some difficult decisions this summer.

Among the players on the chopping block are unrestricted free agents Andre Iguodala, Otto Porter Jr., Damion Lee, Nemanja Bjelica, and Gary Payton II. Payton, in particular, could prove expensive after carving out a niche as a defensive menace.

Gary Payton II is so damn good at defense.. This steal is HUGE, but notice the perfect rotations by him this whole possession too. He puts himself in good spots on defense #DubNation pic.twitter.com/QYEuVBUezq

The countdown is on

The 2022-23 NBA season is scheduled to tip off in October, with exact dates and a first-half schedule expected to be released in August. Continue checking our Covers NBA hub for all of the latest updates and evolving odds during the offseason. 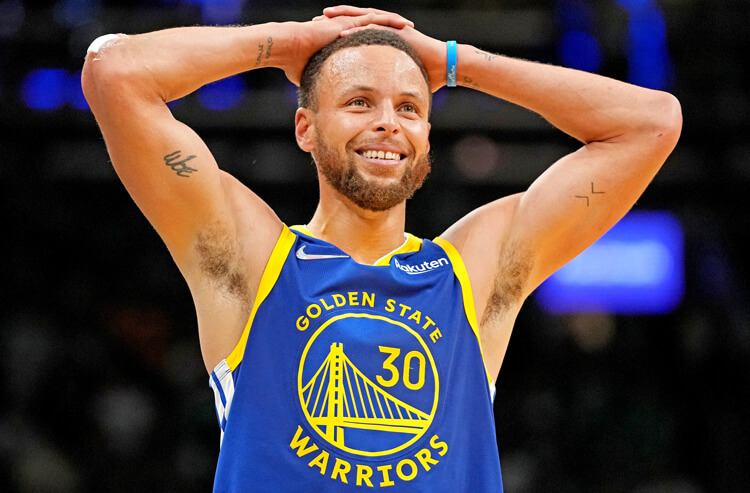