It's been a wild NASCAR season thus far, and we could be in for more madness in the desert. As the Cup Series circuit rolls into Phoenix, get the best betting angles for the Ruoff Mortgage 500, including why Martin Truex Jr's one of the top picks.

The 2022 NASCAR season is off to a wild start, highlighted by competitive parity and super-close photo finishes. Things shouldn't get any tamer this weekend in the desert for the Ruoff Mortgage 500.

Get the NASCAR betting low-down with our Ruoff Mortgage 500 picks and predictions, getting underway at 3:30 p.m. ET, Sunday, March 13.

You can also check out the full Ruoff Mortgage 500 odds breakdown.

He finally won at Phoenix last spring and was runner-up in November. It was a huge load off of his shoulders because quite frankly, until he joined Joe Gibbs Racing, he never was much of a threat there either.

He finished third in the spring race of 2020, but 11th, 25th and 7th since though, too. In saying that, he has a pair of Top-6 finishes in three tries this season, so he may be back to normal again.

If you're signing up for a new sportsbook for this NASCAR season, here are two of the best bonuses available:

The proverbial “King of the Desert” has been astounding in Phoenix. Since 2012, Harvick has seven wins alone to go along with 11 Top-2 finishes (20 tries). Furthermore, Harvick has finished worse than seventh just three times in those 20 starts, too.

In saying that, his only deterrent is that he hasn’t won with this new configuration.

Harvick hasn’t exactly been like the Harvick of old at Phoenix lately. While he does have seven wins to go along with nine Top-2 finishes in his last 20 starts, he’s 0-for-6 on wins since the track was reconfigured.

Since he joined Stewart-Haas Racing, Almirola has been stout in Phoenix. The Florida native has finished in the Top 10 in six of his last eight starts, including eighth and 11th in his last two March starts as well as sixth last Fall. He won at Loudon last year, too. Also, Almirola is the only driver to score a Top 10 in all three races run this season, with all being in the Top 6 at that.

Despite entering off of a win, he never has scored a Top 10 in eight starts at Phoenix with HMS.

NASCAR will wrap up the west coast swing this weekend in the Arizona desert. Sunday will mark the 52nd time the NASCAR Cup Series has raced at the Phoenix Raceway. It first started coming to the Arizona desert in the fall of 1988. The spring race though wasn’t added until 2005. The 2020 season was the first that Phoenix hosted the championship round, and they’ll do so yet again come November.

On the season, we’ve had 25 different drivers score a Top 10, with that being the most through three races since 1973.

Who wins on Sunday?

Well, qualifying on Saturday may give us a glimpse — starting position matters in Phoenix. Eight of the last nine Phoenix winners have come from a Top-10 starting spot. In fact, 12 of the last 15 have started in the first five rows, including six of the last seven from the Top 6.

The margin of victory in the season-opening Daytona 500 was .036-seconds. That was the third-closest in the 64-year history of the race. Kyle Larson topped Austin Dillon by just .195-seconds in Fontana. That was the second-closest finish in 31 tries at the Auto Club Speedway. Las week, Alex Bowman beat Larson by .178-seconds for the third-closest finish in 29 races on the 1.5-mile Nevada race track.

With this year’s trends combined with the Phoenix results last November, get the cameras ready. 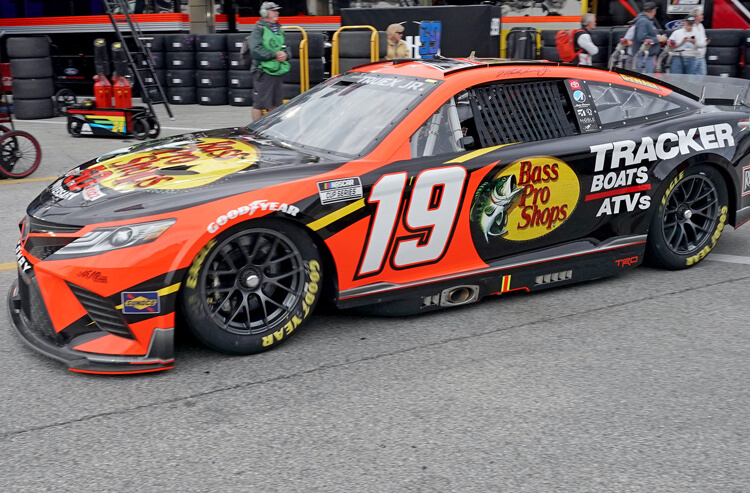