The Kansas "Spring" race has seen eight different winners in its nine-year existence. Will we see another new winner at this edition of the Super Start Batteries 400?

NASCAR betting takes a break from the regular Sunday routine, as the next race in the Cup Series is Thursday's Super Start Batteries 400, Presented by O'Reilly Auto Parts. NASCAR betting odds will be quiet on the weekend, as the next event after Kansas isn't until August 2.

Covers Experts’ Auto Racing Advisor sizes up the NASCAR odds for the Super Start Batteries 400 and gives his favorite NASCAR predictions and betting picks for the Thursday, July 23 race at Kansas Speedway.

Who will win the Super Start Batteries 400?

He has three straight Top-4 finishes and five in his last six Kansas tries. Go for it here.

He swept both races in 2017, he was second and fifth in 2018 and Truex was sixth in last year's playoff race too.

Hard not to list the guy with four wins already this season, to go along with being the winner the last time NASCAR came to Kansas last October. Hamlin has three Top-5 finishes in his last five Kansas starts too.

Worth a play here. Bowman was seventh when he filled in for Dale Earnhardt Jr. at Kansas in 2016, he was ninth in the Fall race of 2018, second in last year's spring race and 11th in the October event.

Solid sleeper here. Busch has seven Top-10 finishes in his last 10 Kansas starts, including a seventh-place run in this race last year and fourth in the Fall.

His teammates are all good at Kansas, so why not Jones? He has four straight Top-7 finishes there.

In what could be the final weeknight race of the year, we're winding down the clock of the regular season with seven races remaining. Kansas is an interesting one though, as we currently have nine drivers locked into the playoffs — how many of them elect to throw this race out and use it as a glorified practice session for the postseason visit?

After all, we may not have practice back at all this year, so what better way to build a notebook for this fall than to use 400 miles of action this weekend as a glorified test session.

Plus, look for this race to be a wild one anyways: we've had five straight different winners at Kansas in the Cup Series. On top of that, starting position matters greatly as four of the last six Kansas winners have come from the Top 4 of the starting lineup.

We've had eight straight different winners in the "Spring" race with Brad Keselowski (2011, 2019) as the only repeat winner in the nine-year history of the event. 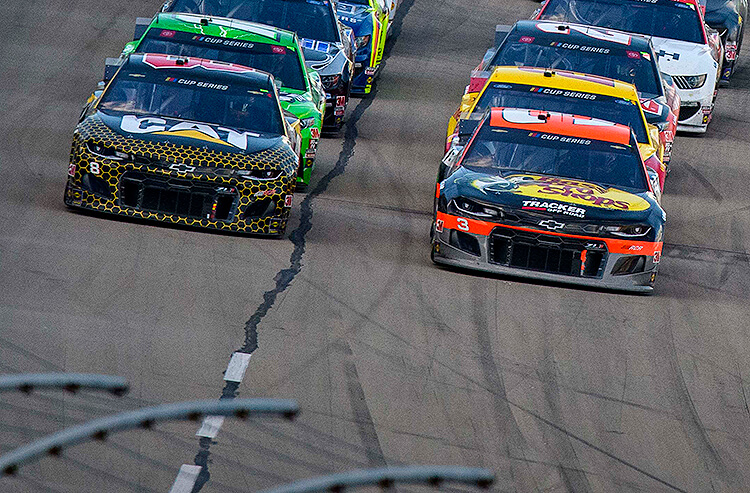