Coming off his first DNF of the season after a crash at the EchoPark Texas Grand Prix ended his race prematurely, Martin Truex Jr. is the betting favorite at +400.

NASCAR betting odds are out for the Coca-Cola 600, which takes place Sunday, May 30 at the Charlotte Motor Speedway in North Carolina.

The top of the Coca-Cola 600 odds board is tight, featuring the usual suspects, including last weekend's NASCAR Cup Series winner, Chase Elliott, who won for the first time this season.

Favorites to win the Coca-Cola 600

Truex is coming off his first DNF of the season after a crash at the EchoPark Texas Grand Prix ended his race prematurely. That came one week after a disappointing 19th-place finish but he heads into the Coca-Cola 600 with three victories on the season — the most of any Cup Series drivers — including a win at the Goodyear 400 on May 9.

Chase Elliott slots in at No. 2 on the odds board after winning his first race of the season. The EchoPark Texas Grand Prix victory was Elliott's third Top-5 finish in his last four races.

Kyle Busch and Kyle Larson have the third-best odds to win at +600. Larson was the runner-up to Truex, coming in second place for the third consecutive race. He now trails only Denny Hamlin and William Byron in points.

Busch, meanwhile, came in 10th at the EchoPark Texas Grand Prix, marking the second straight race he has failed to land inside the Top 10. Prior to that, Busch had two consecutive Top-3 finishes, including a victory at Buschy McBusch Race 400 on May 2.

Hamlin rounds out the Top 5 at +850. His 14th-place finish at the EchoPark Texas Grand Prix was his second-worst result of the season, but he remains the points leader and has the most Top-5 finishes with nine. 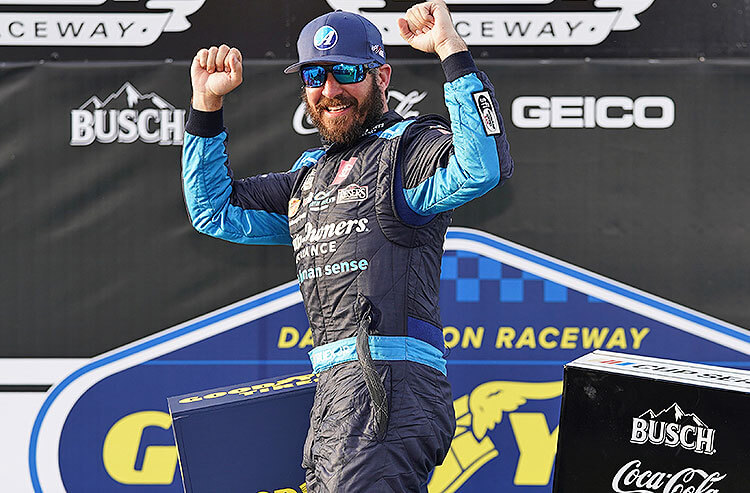