Denny Hamlin, who has eight Top-5 finishes this season, is favored to win the Buschy McBusch Race 400 at +600 odds. He won last year's race.

NASCAR betting odds are out for the Buschy McBusch Race 400, which takes place Sunday, May 2 at the Kansas Speedway in Missouri.

We bring you the NASCAR odds to win the Buschy McBusch Race 400, with the green flag dropping at 3 p.m. ET.

Denny Hamlin is once again the betting favorite at another NASCAR event, this time favored to win the Buschy McBush Race 400 at +600 odds.

Hamlin was the favorite for last weekend's GEICO 500 before placing in 32nd (his worst finish of the season), but that hasn't deterred oddsmakers. Prior to that, Hamlin had six consecutive Top-5 finishes, including a second-place result at the Toyota Owners 400 two weeks ago, a race he led for 207 laps. As good as he's been, Hamlin has still yet to win this year. He won this race last year, when it was under a different name and called the Super Start Batteries 400, and also in 2012.

Martin Truex Jr. follows Hamlin on the odds board at +650. Truex, the 2017 winner, placed one spot ahead of Hamlin at the GEICO 500 but is having a good season, winning twice and finishing in the Top 10 six different times.

Slotting in at No. 3 is Chase Elliott, the favorite to win the NASCAR Cup Series championship, alongside Kevin Harvick, Brad Keselowski, Kyle Larson, and Joey Logano, all at +800. Elliott has struggled this season, placing outside of the Top 10 in seven of the 10 races, but he has secured second place twice.

Keselowski was the winner of the GEICO 500, ending a difficult four-race stretch that saw him finish no better than 11th, while Harvick came in fourth last weekend (tied for his best race of the season). Both Keselowski (2019, 2011) and Harvick (2018) have won this race before, as has Kyle Busch (2016) who follows the fivesome on the odds board at +1,100.

Larson and Logano will both be going for their second victories of the season. 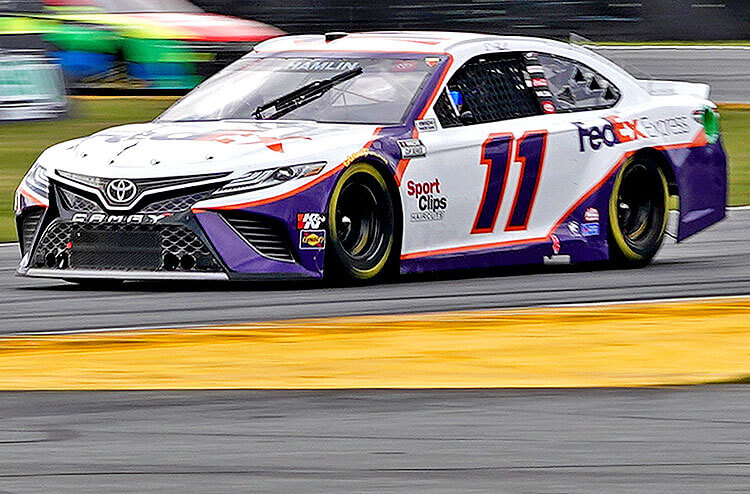