Defending champ Kyle Larson leads again this week as Ally 400 odds have hit the books for NASCAR betting. Check out the odds along with a breakdown of the top contenders as the Cup Series gets ready for Nashville.

NASCAR returns to Nashville this weekend for the second-ever running of the Ally 400.

You can also check out a full race analysis with our Ally 400 picks and predictions.

The defending (and only) Ally 400 champ, Larson understandably sits as the odds favorite heading back to Nashville. But while he was in the midst of the most dominant run of the NASCAR season this time last year, Larson's best finish in his past three races is ninth, sitting seventh in the overall standings and off last year's title-winning pace.

Busch tanked in Sonoma before the drivers got a week off, finishing 30th to end his run of three straight Top-3 finishes. Sitting third in the Cup Series standings, Busch is nipping at the heels of the top spot and will be hungry to pick up his first victory on a standard track this season — something he's consistently put himself in position for.

Already a two-time winner on the circuit this year, Chastain has been the most improved driver in the Cup Series and his victory at Talladega in April is evidence he can get it done on superspeedways. Further evidence: Chastain finished second to Larson last year in this race.

Elliott still leads the overall standings despite fairly blah results over the past month: finishes of 29th, 33rd, 21st, and eighth in the past four points-paying races. He was DQ'd from last year's Ally 400 for loose lug nuts, but even then only raced to a 13th-place finish.

Still arguably the most feared driver in NASCAR on superspeedways, Hamlin comes in still wildly oscillating this season. After finishing fourth and first at Kansas and Charlotte, his last two at Gateway and Sonoma saw results of 34th and 31st. Despite his two wins on the season, Hamlin is a distant 21st overall in the Cup Series standings. 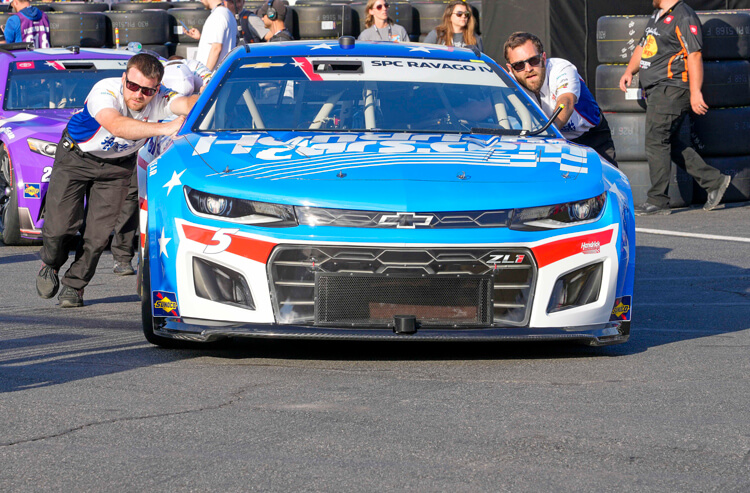