NASCAR gets ready for some shake-n-bake this weekend at Talladega Superspeedway. Ford has dominated this track recently — get our YellaWood 500 picks for your best bets as the Round of 12 rolls on.

As NASCAR's playoff push heats up, the circuit visits one of its most iconic tracks for an extremely pivotal race.

The YellaWood 500 was set to run this weekend at Talladega, although rain pushed it to Monday afternoon. And since Ricky Bobby isn't an actual person, the field is wide open, with plenty of uncertainty reflected in the odds.

Luckily, we're here to help you navigate NASCAR betting with Auto Racing Advisor's preview and picks for the 2021 YellaWood 500, which gets underway at its rain-rescheduled date of 1:00 p.m. ET on Monday, October 4.

You have to take a look here. He won the fall race last year, was fourth in the spring race a year ago too, third in the fall race in 2019, and has won three of the last six Daytona 500s. His superspeedway finishes last year were – first, fourth, third and first respectively. He’s led 42 percent of all playoff laps, has two victories and three Top 2s in four starts, including five stage wins.

You always go with Brad on a superspeedway race. He’s won six times at Talladega, including this past spring.

The Stewart-Haas Racing driver has eight Top-10 finishes in his last 10 starts at Talladega, including five in the Top 5. He won there in the fall of 2018, was fourth and spun across the finish line to a third-place result in June 2020.

Always a superspeedway threat. Stenhouse Jr. was runner-up last spring and ninth in the fall race the year prior. He’s had three Top-5 finishes in his last seven Talladega starts, including six Top 10s over his last 10 Talladega races overall. Five of those six were inside of the Top 5 too, including a win.

Elliott is a past Talladega winner, but his last five fall race finishes there are 12th, 16th, 31st, 8th and 22nd, respectively. Harvick, meanwhile, has shown a path to his superspeedway success the last few years. He waits until the end. That should put him there with a shot at the victory on Sunday afternoon, as he was fourth in the spring race as well as having two straight Top-5 finishes in the Daytona 500.

With plus money against a heavy favorite, go with Harvick.

He’s never had a Top 10 at Talladega before. He’s never won on a superspeedway before, at that. In fact, his last three finishes at Talladega are 39th, 40th and 40th respectively. Four of his last six results are 39th or worse.

The penultimate race of the Round of 12 is here. This is the scariest, most tense race of the entire postseason for the NASCAR Cup Series drivers. Really, any race on a superspeedway is more out of your control than in it.

For the 12 drivers still left in the postseason, this race can make or break their chances of advancing to the next round. Anyone can win this race, and I do mean anyone. But, what’s weird is, since the win and advance format was introduced to the sport in 2014, this race has always been won by an existing playoff driver.

While this is the ultimate wildcard for many reasons, for whatever reason though, Talladega hasn’t produced a lot of fluke winners. While the sister track of Talladega, Daytona, has produced some crazy winners recently with three straight years of a first-time winner in the annual Coke Zero Sugar 400 to go along with a second-time winner reaching victory lane in 2017, you also have some one-off Daytona 500 triumphs too.

At Talladega though, only six times since 1995 has a driver earned their first or second career wins there.

As you can see, those are all Ford drivers too, minus Hamlin. The blue ovals have won 10 of the last 12 races at Talladega, including six of seven in the Fall playoff race.

With so much uncertainty, this could be the race that really tightens up the playoff standings heading to another wildcard on the Charlotte ROVAL next week.

Ford has won 10 of the last 12 races at Talladega and took the win back in February at Daytona, and again in August, as well as Talladega in the spring. They’ve won four of the last five points-paying speedway races. 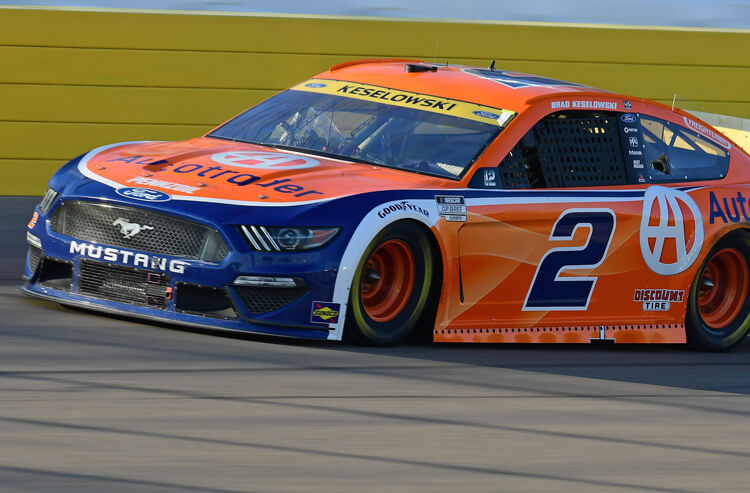