Atlanta Motor Speedway is one of the drivers’ favorite courses, with the 1.54-mile track being the second-oldest racing surface on the schedule. This creates a lot of tire wear and multiple grooves to race on, but will it help in bucking one automaker's recent stretch of sheer dominance here?

Get the inside track with Covers Experts' Auto Racing Advisor's Folds of Honor Quiktrip 500 picks and betting predictions, with the green flag set to drop Sunday, March 21 at 3:00 p.m. ET.

Harvick is a lap leader king in Atlanta. The California native has led 100 or more laps in seven of his last nine Atlanta starts, with an average of 158.7 laps led in his last seven tries. Harvick also has 12 Top-10 finishes in his last 14 starts on the Georgia race track – including a win last year – and has finished second, sixth, ninth, first, fourth and first in his last six visits.

He’s going to be quiet here but don’t overlook him. Truex is winless in 22 career Atlanta starts but does have six straight Top-8 finishes and posted a T8 or better in eight of his last nine starts on the Georgia track overall—including a runner-up in 2019 and a third-place run a year ago. He is coming off of a win last week, to go along with three straight Top-6 finishes heading into this weekend.

The Team Penske driver has six straight Top-10 finishes in Atlanta, including three Top 2s – two victories – in his last four tries. He’s won in every other year, so 2021 is his turn, and he’s had three Top-5 finishes over the last four weeks this season.

Why not here too? He won in 2012 and has had three Top 5s since, with two occurring in the last three years, including a fifth-place run in 2020. He has four Top-5 finishes in five races this season.

Logano has been had his best at Atlanta every year since joining Team Penske. In six starts there with Joe Gibbs Racing, his best finish was 18th. In eight starts with Penske, he’s finished worse than 14th just once. In fact, Logano has four Top-6 finishes in eight tries. He’s had a runner-up in two of his last four races as well this season.

Folds of Honor QuikTrip 500 long-shot picks: Busch back in the winners circle?

He won at Homestead, on a track that could run similar to this and is entering on the heels of three straight Top-10 finishes on the season too.

Why not here? Bell, was third and first respectively on this very race track in his two Xfinity Series starts on it. He won the Truck Series race in 2017 too.

Folds of Honor QuikTrip 500 fades: History not on these drivers' side

The odds of going back-to-back are low as we don't see a lot of consecutive week winners in the Cup Series these days. After all, we've had five races run this season with five different victors. Plus Truex is 0-for-22 in his Atlanta career.

He's never won on his home track before and has just one Top 5 in five career Cup starts there. Elliott doesn't look like he's had the speed on ovals this year to quite contend for wins yet either.

Ford is available at plus money and has won each of the last four years in Atlanta. I'll take them since they have three Penske cars—and Kevin Harvick as the top drivers to beat anyways.

While the track has a ton of history, the recent stretch has seen this go to all Ford, with Brad Keselowski and Kevin Harvick alternating wins over the last four years. They will be tough to stop, but don’t count out the Toyotas either.

A Toyota hasn't won since 2014, but all four drivers in the JGR camp have excelled in Atlanta lately too. They were 2-3-5 a year ago and have had a front-row seat at watching Keselowski and Harvick dominate in the Peachtree State. Can they close the gap enough this weekend?

This isn’t your typical 1.5-mile, either. It has a dogleg on the front stretch to make it most similar to the Texas Motor Speedway, as well as Charlotte Motor Speedway, but while it may look similar to those two, it’s hard to compare in the sense that Texas has been repaved and the first and second corners vary from Atlanta.

I’d say Charlotte is the closest comparison in terms of shape but Darlington, Homestead and Fontana are the best comparisons in terms of how to set up the car to combat the aged surface. Fontana and Atlanta have two of the oldest racing surfaces in the sport today and Homestead is always abrasive on tires. That’s why for Atlanta, you have to compare this track to tracks with old surfaces—and not other 1.5-milers.

In turn, it’s created a bumpy and aged track that produces high tire wear and multiple lanes to race in. Because of that, Atlanta has become one of the drivers’ favorite tracks to compete on. The track was supposed to go through a repave a few years ago, but due to the drivers’ input, they decided to patch some of the cracks and holes instead of fully repave it.

Starting spots matter! Three of the last four winners started inside of the Top 10. 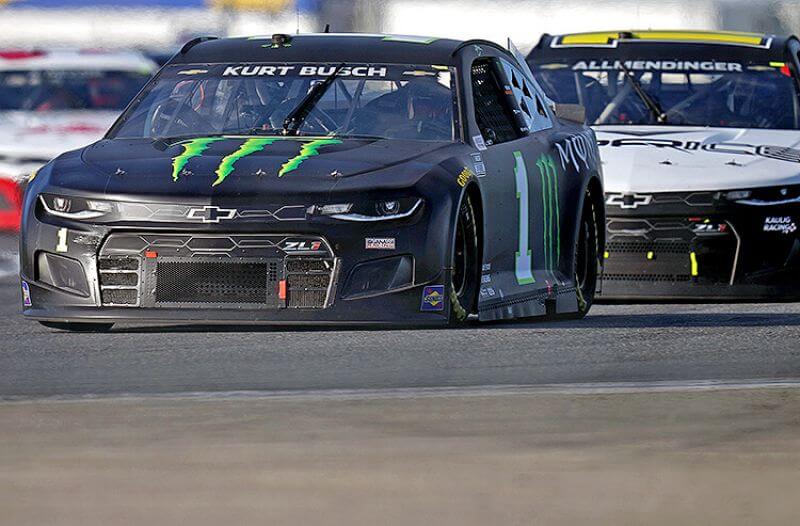 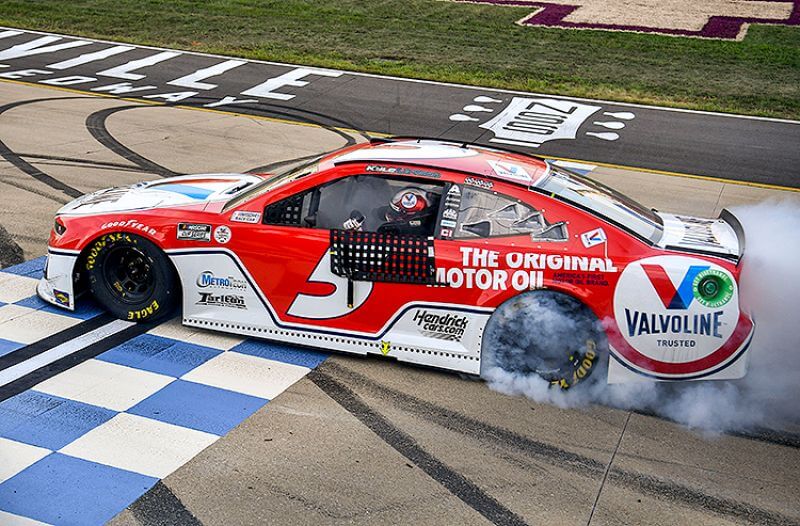 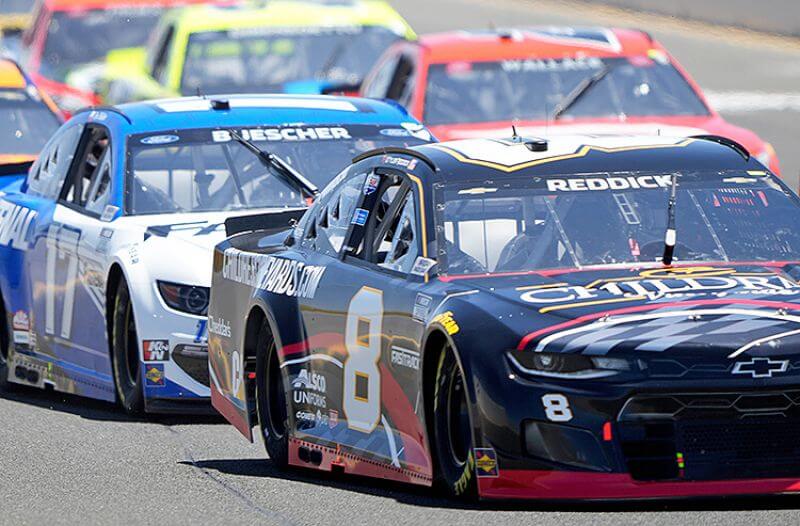 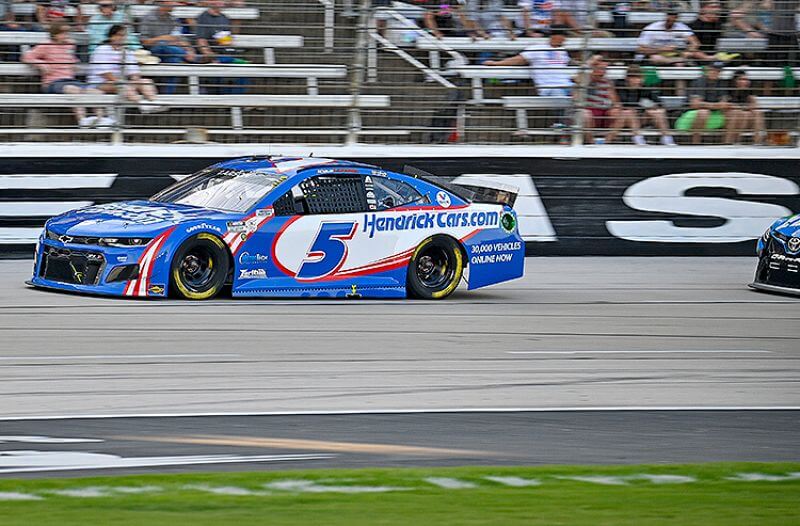 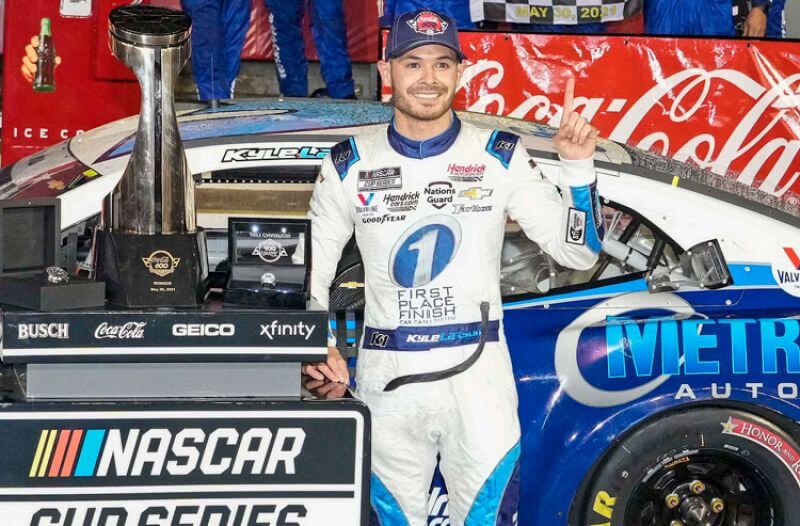 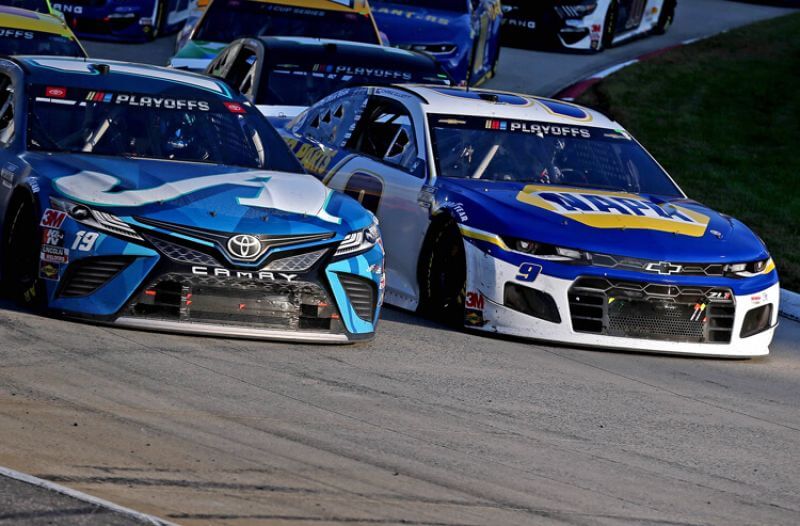 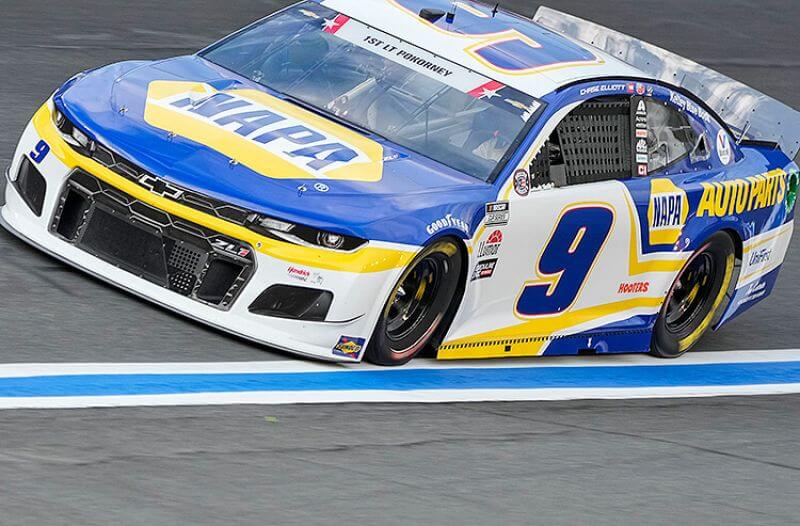