Brad Keselowski has five consecutive Top-5 finishes in Martinsville including nine in his last 10 starts. The worst finish in that time frame? 10th.

NASCAR betting will get back to regular business with the Blue-Emu Maximum Pain Relief 500 on April 10.

After the unique Food City Dirt Race and an off-week to observe the Easter holiday, motorsports bettors can take comfort in a relatively standard race, in what's been a highly unpredictable 2021 NASCAR circuit thus far.

Luckily, Covers Experts' Auto Racing Advisor is here to help you sort through the important factors that will lead to smart bets. Here are our  Blue-Emu Maximum Pain Relief 500 picks and betting predictions.

Hard to go against the guy who's trending in a way to win. He's won this race in 2017 and again in 2019...2021? Keselowski has five consecutive Top-5 finishes in Martinsville including nine in his last 10 starts. The worst finish in that time frame? 10th.

A pair of Top-5 finishes came at Martinsville last year, to go along with five Top-10's in his last six tries. He is coming off of a win in Bristol.

He won two of the last three Martinsville races including this very one last year. He led 129 laps last fall, but didn't win. Truex has five Top-5s in his last seven tries on the Virginia paperclip.

Last year wasn't great at Martinsville for Busch, but he's had eight Top 5s in nine tries prior to that, including two wins.

He finished runner-up in the 2019 playoff races and eighth in this race last year.

He had a pair of sixth-place runs last year to join this list.

Just two Top 5s in his last 17 starts at Martinsville and he and SHR overall are just missing something this year.

Not his best track. Just one Top 5 in 12 starts, and none in his last seven.

The second-ever Martinsville night race is here. This time though, it won't take place behind closed doors. Saturday night's race will be the first following a week off to observe Easter, as well as the first race to start under the lights in primetime this season.

Sparks will fly, as we've seen some great action on the Virginia paperclip lately, with Chase Elliott winning in thrilling fashion last fall. Will we see another wild ending on Saturday night?

We know Team Penske and Joe Gibbs Racing should be the teams to beat. JGR and Penske have put four cars in the Top 5 of the finishing order in three of the last four Martinsville races and have won four of the last five and five of the last seven there overall too.

As you can see, if you want to win on Saturday night, you need to go through them.
If you want to win, you better be in the top two or three by the end of the second stage. Since we began stage racing in 2017, the eventual winner has finished either first (4 times), second (2 times) or third (once) in seven of the eight second stages. In fact, both races in 2019 and the one last fall saw the race winner earn a stage win in the second stage. Same for the playoff race in 2018, too.

On top of that, the winner had a Top-5 finish in the first stage every year too (8-for-8). That means you need to hit it off right from the get-go. Three of the last four winners have all come from a Top-5 starting spot, with 10 of the last 11 coming from the Top 10 overall.

We’ve had nine different winners in the spring race in the last 10 years. Brad Keselowski (2017, 2019) is the only repeat winner in the last decade. 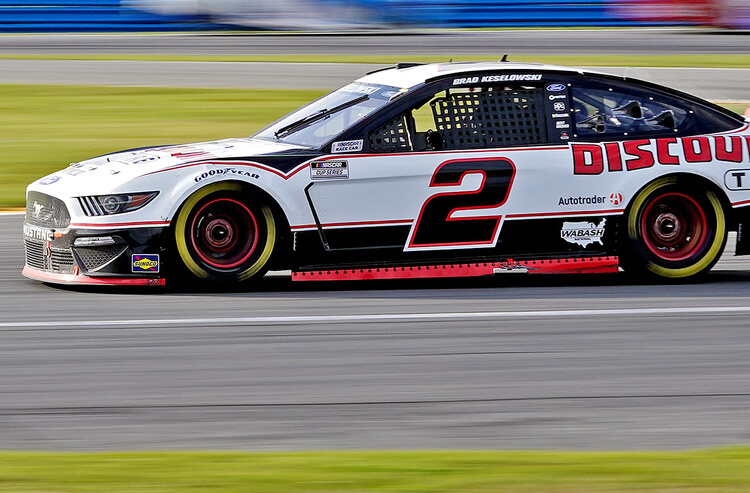