Scott Dixon has once again claimed pole for the Indianapolis 500, but his spotty record at Indianapolis Motor Speedway has us looking elsewhere on the board — starting with Alex Palou at +600. Find out why in our Indy 500 betting preview.

The Indianapolis 500 is just around the corner, and as such, we're bringing you our full Indy 500 betting preview, including a lineup of best bets and things to pay attention to.

Following Sunday's qualifying, the front row consists of 2008 winner Scott Dixon, Alex Palou, and Rinus VeeKay. Otherwise, the field is chalked full of IndyCar youngsters and vets looking to make a splash at Indianapolis Motor Speedway, thus creating some betting value for us to jump on.

Picks made on 5/25/22 at 11:00 a.m. ET.
Click on each pick above to jump to the full analysis.
Odds courtesy of DraftKings Sportsbook.

Palou was +1,400 last month. He started seventh here as a rookie in 2020 and was runner-up a year ago after qualifying sixth. Now, he starts on the front row in second and was in the Top 10 in three of the four practice sessions this month.

He won a race in Texas last year and has finished sixth and fourth respectively in his two Indy 500 starts.

If you're signing up for a new sportsbook for this IndyCar season, here's one of the best bonuses* available:

Might be the sleeper of the field. Ericsson was second, fourth, seventh, and fifth respectively in the four practice sessions, qualified in Row 2 for this Sunday’s race, and finished third back in the spring in Texas.

The hometown hero is always good here. He has three Top-6 finishes in his last four starts and is coming from Row 2 too.

A similar situation to Castroneves was in last year. Pagenaud is now with MSR and coming off of a third-place run last season. He has three Top 6s in his last four Indy starts including a win in 2019. In his last four starts on the season, he has a Top 11 in three of them including a runner-up on the road course race here two weeks ago.

Yes, he’s on the pole for the fifth time of his Indy career. Yes, he was in the Top 2 of every practice session so far. Yes, you would see that he led 111 of 200 laps in 2020 and was on the pole last year too. He also has two Top-3 finishes in his last four Indy 500 starts. However, despite all that, he hasn’t won here since 2008 either, has just one win in his last 26 series starts, and just one win in his four prior Indy 500 poles too. May want to go deeper to find the winner.

Four of his last six Indy 500 finishes have been 10th or worse including his last two being 14th and 30th, respectively. He’s also coming from a starting spot outside the Top 10.

Started at +650. He’s dropped because he’s starting 25th. His best finish in three tries here is eighth despite three Top-10 starts prior.

I feel like this is Carpenter’s year for at least another Top 5 while McLaughlin may struggle to finish there since he’s starting so far back.

Each of the last five Indy 500 winners has all started inside the Top 8. For a race that’s going to be predicated on track position, you may want to look in the Top-3 rows for Sunday’s race for the winner.

In looking though, you have a combined two Indy 500 victories among them. We’ve also had a new first-time winner for the Indy 500 in six of the last eight years too which means Alex Palou, Rinus VeeKay, Ed Carpenter, Marcus Ericsson, Pato O’Ward, and Felix Rosenqvist should be on milk alert. The thing is, Penske and Ganassi may be the ones to beat among them.

On the overall speed chart for the two-day test, they took four of the Top-5 speeds and seven of the Top 10 overall. Ganassi has four cars starting in the Top 6. Is this their race to lose? They have six of the Top 8 drivers in points right now.

The last 12 years have seen the fastest driver of the race fail to win in the end. 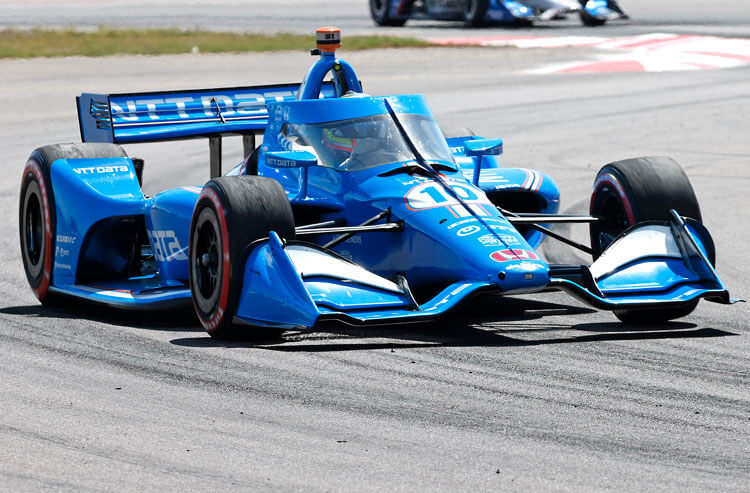