The latest comments from the New York State Gaming Commission suggest that the process that will bring legal online sportsbooks to the fourth-most populous state in the U.S. is nearing the end.

It’s crunch time for the mobile sportsbook operators that legally want to do business in New York.

According to an October 18 letter sent by a gaming official, all qualified applicants for licenses were told they had five business days — or by the end of day on Monday — to tweak their pricing matrix to match the final one.

The matrix lays out the tax rate applicants would be charged with various numbers of sports-betting platform providers and operators in the state, such as the 64-percent levy on gross gaming revenue (wagers minus payouts to winners) that is now set as the minimum for two platforms and four operators. More platform providers and operators could lower the final tax rate, although 35 percent is the lowest it goes.

“[Qualified Applicants] have also been advised that any Applicant declining or failing to amend its Application to reflect the Final Tax Rate Matrix will be disqualified,” a statement from the regulator said.

The 64-percent ceiling was reached after a "Mobile Sports Wagering Evaluation Committee" reviewed and scored all the license applications, designated "selected" applicants, and then used the highest tax rate from among those bidders to set the final matrix.

If, and when matching tax-matrix amendments are received, the evaluation committee will then move to the part of the process that looks at granting additional licenses, "until there is no benefit to the State by increasing additional Platform licensees," a statement from the regulator said.

When that’s done, the committee will recommend the license winners, which the state’s request for applications indicates could happen before December 6.

“Receipt of this letter by any Applicant shall not be construed in any manner as a selection of the Applicant pursuant to the [request for applications] nor as an offer of award,” the letter stated. “It is simply a step of the evaluation and selection process outlined in Part 7 of the RFA notifying Applicates of the Final Tax Rate Matrix determination and the opening of the window for Application amendment for the sole purpose of conforming to such Matrix.”

While the former Governor had a very limited vision for how a sports betting market could operate in New York, we now have the opportunity to get this right. We should license all applicants and allow them to compete for the business of New Yorkers.

Even so, the latest comments from the gaming commission suggest that the process that will bring legal online sportsbooks to the fourth-most populous state in the U.S. is nearing the end. That process is playing out as New York bettors continue to flock to nearby states such as New Jersey — which is reporting record-breaking wagering numbers — and Connecticut, which recently launched online sports betting and casino gambling.

New York’s model for mobile sports betting was hammered out by state politicians as part of their budget talks earlier this year. The request for applications was published in July.

By law, the New York State Gaming Commission is required to award licenses to at least two online sports betting platform providers that will host at least four consumer-facing sportsbooks. The regulator can, however, award more licenses if it decides it is in the “best interests” of the state.

Three solo bids for platform and operator licenses have been made by bet365, FOX Bet, and theScore. The other three applications were by consortiums, such as the combination of FanDuel, DraftKings, BetMGM, and Bally's.

New York’s online sports betting market is a big prize for sportsbook operators, but it will come at a hefty cost. Former Gov. Andrew Cuomo hoped the legalization of online wagering would eventually generate $500 million a year in receipts, and the final tax rate matrix released by the gaming commission suggests the winners will indeed hand over a good chunk of their revenue to the state.

However, the more platforms and operators there are in New York, the lighter the tax burden will be on them. And J. Gary Pretlow, a member of the New York State Assembly who chairs its committee on racing and wagering, recently pushed for widespread licensing.

"While the former Governor had a very limited vision for how a sports betting market could operate in New York, we now have the opportunity to get this right," Pretlow tweeted on October 21. "We should license all applicants and allow them to compete for the business of New Yorkers."

Meanwhile, as New York is nearing more key decisions about its online sports betting market, at least some of the state's gamblers are still taking their business elsewhere. Although there is retail sports betting at New York's upstate casinos, Connecticut and New Jersey may be a shorter drive for someone looking to place a wager.

GeoComply Solutions Inc. says early data from Connecticut "shows not only a strong start, but also evidence that there is a definite appetite for legal, regulated betting options in the region, particularly from New York."

The Vancouver-based company, which helps online sportsbooks such as DraftKings and FanDuel determine where bettors are, said there have already been more than 1.2 million transactions in Connecticut, a state of around 3.5 million people.

Some of those bets are very likely being placed by New Yorkers. The same goes for New Jersey, where it was recently announced that a record-breaking $1.01 billion in sports wagers was placed in September.

“We’ve learned from the New Jersey experience that New Yorkers are clearly motivated to travel locally to bet on sites where proper consumer protections have been put in place that safeguard the integrity of their wager,” said Chad Kornett, vice president of global government relations at GeoComply, in a press release. “Connecticut looks to be quickly following a similar pattern: Easily accessed from the New York City area, GeoComply’s data shows 38 percent of Connecticut’s wagering activity has originated from the southwestern corner of the state along the I-95 corridor.” 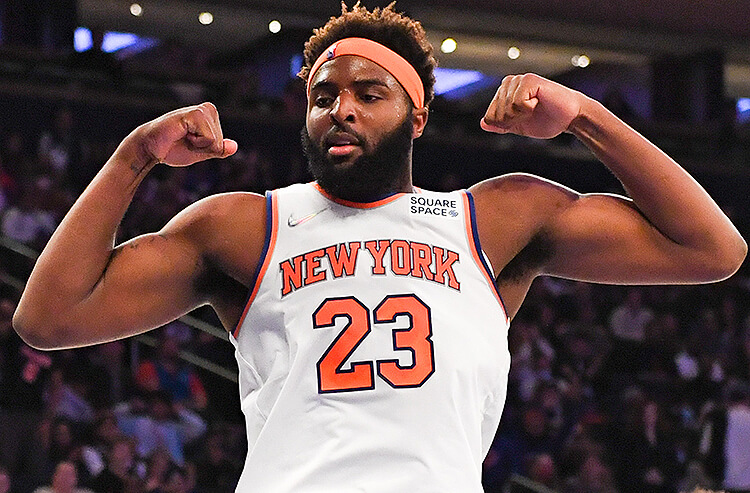