Gov. Ned Lamont announced on Monday that the Connecticut Department of Consumer Protection had given the green light to a full launch of online sports wagering and internet casino gambling starting on Tuesday at 6:00 a.m. ET.

Online sports betting is now live across the state of Connecticut, allowing players to sign up and wager with three authorized sportsbooks.

Gov. Ned Lamont announced on Monday that the Connecticut Department of Consumer Protection had given the green light to a full launch of online sports wagering and internet casino gambling starting on Tuesday at 6:00 a.m. ET.

The decision followed a successful weeklong “soft launch” of online betting in the New England state that involved only several hundred players.

Now, anyone who is 21 or older in the state can head to the online sportsbooks of DraftKings Inc., FanDuel Group, and PlaySugarHouse-owner Rush Street Interactive Inc. to start setting up their accounts. Those three books are the only ones legally allowed to take wagers in the state on behalf of their tribal and lottery partners.

“Connecticut has proven to be a leader when it comes to the gaming economy going back decades, and that legacy will continue with the launch of these new online options for all eligible residents,” Lamont said in a press release.

The full launch of online sports wagering and iCasino in Connecticut has been authorized to begin tomorrow at 6AM.

I thank the staff at @CTDCP for their efforts over the last several months to ensure that this can be done safely. We encourage everyone to enjoy these responsibly.

Lamont signed legal sports betting legislation in May, after striking a new gaming agreement with the state's Mohegan and Mashantucket Pequot tribes earlier in the year.

DraftKings and FanDuel are partnered with the Mashantucket Pequot and Mohegan tribes for online wagering, which for the tribes and their partners can include sports betting and more than 130 internet-based casino games. The two operators also have physical sportsbooks at the tribal-owned Foxwoods Resort Casino and the Mohegan Sun casino.

Betting on most events will be allowed in Connecticut. However, wagering on the state’s college teams will not, unless they are playing in a tournament involving at least four teams and the money is on the winner of said tournament, according to a legislative analysis of Connecticut's legal sports betting bill. Also prohibited is betting on horse or greyhound racing via the new online sportsbooks.

“This is an exciting time in our state, and we are proud of the work we have done to ensure a safe and successful gaming landscape in Connecticut," Consumer Protection Commissioner Michelle Seagull said in a release. "We encourage everyone to enjoy these new forms of entertainment responsibly."

DraftKings and Foxwoods have launched a co-branded sportsbook and casino app for mobile devices. According to DraftKings, the first official online wager they accepted in Connecticut was a $25 one on the Los Angeles Dodgers to beat the Atlanta Braves in Tuesday's National League Championship Series game. The odds for the moneyline bet were -180.

Meanwhile, the Mohegan-FanDuel partnership involves both a Mohegan Sun-branded website and mobile app for online casino gaming, as well as the FanDuel Sportsbook app. Moreover, a version of the Mohegan Sun Casino will be available in the FanDuel app, according to a press release.

FanDuel said the first sports bet placed on Tuesday was also on the Braves-Dodgers game, but that it was a $5, four-leg, same-game parlay that included a Los Angeles moneyline win and a Trea Turner hit.

Rush Street Interactive is partnered with the CT Lottery, which can offer sports betting online via PlaySugarHouse and at up to 15 physical locations, including off-track betting facilities.

“The CT PlaySugarHouse platform performed flawlessly during soft launch thanks to our partners at Rush Street Interactive,” said Rob Simmelkjaer, the chair of the board of directors for the CT Lottery, in a press release. “Our retail sportsbook launch should be right around the corner, also bringing a convenient experience for in-person players throughout the state.”

Connecticut’s full launch may also put additional pressure on lawmakers in Massachusetts to legalize sports betting. While progress has been made in Boston, there is still work left to do if the most populous state in New England wants to follow in the footsteps of some of its smaller neighbors.

Furthermore, whenever there is a “halo” of states that don’t offer legal sports betting that surrounds a state that does, there are usually a lot of customers who will travel to the sports-betting state to place wagers, said Matt Kalish, co-founder and president of DraftKings North America.

There is now an expectation that Connecticut’s launch will lead to the state drawing a fair amount of business from nearby Massachusetts.

“We think it will be strong, but it's hard to fully speculate,” Kalish told reporters on Tuesday. 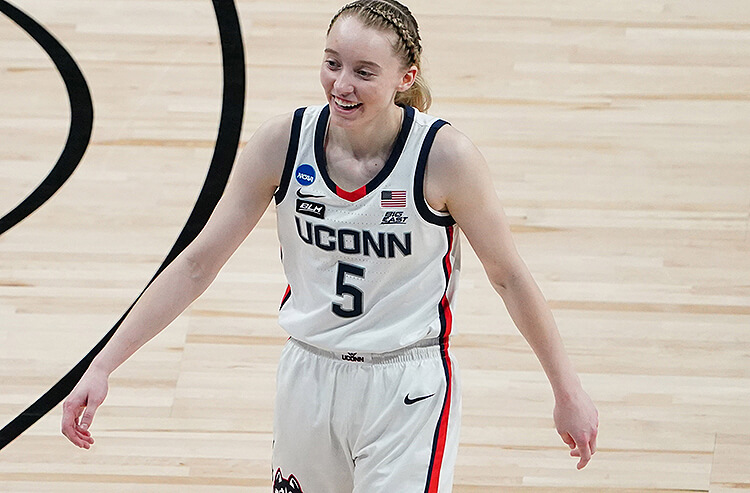