Four online sportsbooks are live in the state right now, but there are still five other operators to come.

Online wagering may have finally and legally begun in New York, but there are still licensed sportsbook operators that have yet to start taking mobile bets in the Empire State and that are aiming to do so as soon as they can.

Some of those operators told Covers on Monday that they hope to be up and running shortly.

“The decision to allow companies to quickly launch their mobile sports platforms is good news for the economy across the State of New York,” said a spokesperson for Resorts World, a brand of the Malaysia-based Genting Group that operates casinos in Monticello and New York City.

“Resorts World Bet, the mobile sports betting platform for Resorts World, is continuing to work toward approval from the [New York State Gaming Commission] to commence mobile sports wagering as soon as possible," the spokesperson added. "We are excited to launch in the near term and bring additional benefits to the people of New York State."

PointsBet has started pre-registration efforts in New York, but the bookmaker is awaiting regulatory approval to begin taking wagers. BetMGM says they are "working closely with the New York State Gaming Commission to get the BetMGM app live as soon as possible.”

Meanwhile, a spokesperson for WynnBET said they are also working towards bringing their sports-betting app to the state.

“We hope to announce a launch date in the near future,” WynnBET's Jake Meister added in an email.

The more the merrier?

That work is happening while other operators have already gone live in New York.

The New York State Gaming Commission announced last week that it had approved four mobile sports wagering operators to start taking bets as of the morning of Saturday, January 8. The four that were authorized and are now doing business in the state are BetRivers, Caesars Sportsbook, DraftKings, and FanDuel.

But not every licensed sportsbook got to participate on New York's opening weekend.

In announcing the legal launch of online sports betting, the gaming commission noted there were five conditionally licensed operators still working to meet the various legal and regulatory criteria. The operators yet to launch in New York are Bally Bet, BetMGM, PointsBet, Resorts World, and WynnBET.

“The remaining five conditionally licensed Mobile Sports Wagering Operators continue to work towards satisfying statutory and regulatory requirements necessary to launch and will be approved on a rolling basis when requirements are met,” the gaming commission said in its January 6 press release.

The first 36 hours of #SportsBetting in New York was LEGENDARY. In total, NY saw over 17M checks for their first weekend.

Check out this video of #geolocation volume! pic.twitter.com/FylPc2BpUQ

In the meantime, New York has already claimed the mantle of the most populous state in the U.S. with legal online sportsbooks. Players must be 21 or older to place a mobile wager in the state, which also doesn't allow betting on games involving New York college teams.

The state’s mobile sports betting market also appears to have gotten off to a hot start, as there were record-breaking geolocation transaction volumes reported by GeoComply Solutions Inc., which counts BetRivers, Caesars, DraftKings, and FanDuel as customers.

Lindsay Slader, managing director of gaming at GeoComply, said the company's 5.8 million New York-based geolocation transactions from 9 a.m. to 9 p.m. on January 8 were more than twice as much as the next closest state, Pennsylvania.

“In just 12 hours, New York has become the top state for sports betting in the US!” Slader said in a LinkedIn post.

“We knew that New York sports bettors were a passionate group and they didn’t disappoint this weekend," Reeg said. 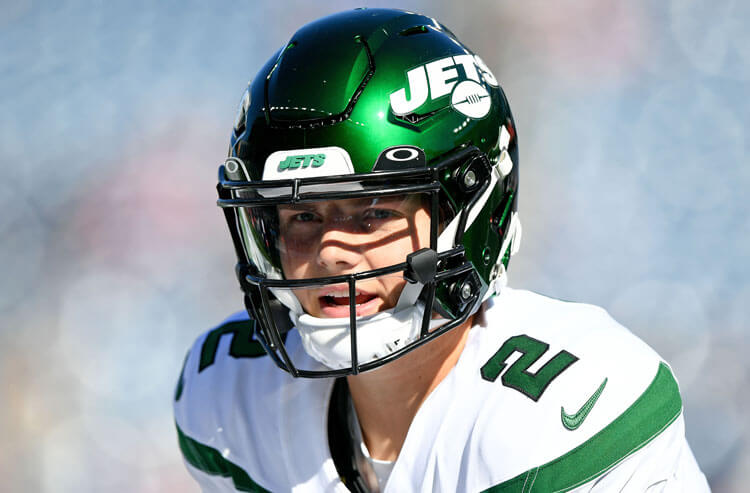 Waiting Their Turn: Five Other Online Sportsbooks Aiming to Launch Soon in New York
Provided by