Numbers recently released by the Connecticut Department of Consumer Protection show the Nutmeg State’s retail and online sportsbooks handled more than $78.3 million in bets during July, about 18% less than June.

Connecticut sportsbooks saw business slow even further in July, which may be the last time the month’s handle is bolstered by deprived bettors from Massachusetts.

Numbers recently released by the Connecticut Department of Consumer Protection show the Nutmeg State’s retail books and online sports betting websites handled more than $78.3 million in bets during July, about 18% less than June’s $95.4 million in wagering.

The only month with a lower handle than July was October of 2021, which is the month that legal sports betting launched in the New England state.

Connecticut books also won approximately $7.7 million last month, good for a hold of around 9.8%. Both figures beat June’s haul of around $6.4 million in revenue and an approximately 6.7% win rate.

While a weaker sports schedule this summer is weighing on wagering, the legal sports betting business in Connecticut has been bolstered throughout by the state’s proximity to Massachusetts, which currently lacks any form of authorized sports gambling. Because of this, Massachusetts bettors have been crossing state lines to make legal bets.

There goes the neighborhood

However, that status quo is set to change, as Massachusetts Gov. Charlie Baker recently signed a sports-betting bill into law. Both retail and online sports betting will eventually be available in the Bay State, which could sap some of the handle from Connecticut sportsbooks.

In the meantime, Connecticut (and Massachusetts) bettors still have three legal online sportsbooks to choose from: DraftKings, FanDuel, and PlaySugarHouse. Those three operators are partnered with the Mashantucket Pequot Tribe, the Mohegan Tribe, and the Connecticut Lottery Corp., respectively.

According to the latest numbers, Boston-based DraftKings was the leader in online handle in Connecticut for July, with $32.7 million in wagers accepted during the month. FanDuel placed second, with $30.2 million in mobile handle, and PlaySugarHouse was third with almost $10 million.

DraftKings was the leader as well in terms of the amount won from bettors, with nearly $3.3 million in gross revenue.

After accounting for the federal excise tax on wagering and promo-related deductions, approximately $860,000 was paid by operators in tax for July. Connecticut has a 13.75% tax on sports-betting revenue. 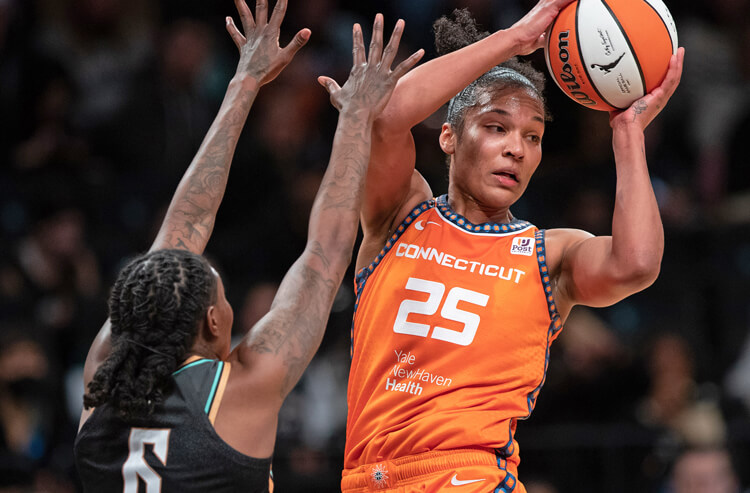