LIV Golf is heading to Rich Harvest Farms just outside of Chicago for the fifth event of its Invitational Series. With Dustin Johnson winning in Boston two weeks ago, he's entering the week a +450 solo betting favorite. Check out the full odds below.

LIV Golf heads to the Windy City to make the second-to-last stop of its Invitational Series at Rich Harvest Farms.

The field of 48 is highlighted by Boston Invitational winner Dustin Johnson, the newly-acquired Cameron Smith (T4 in Boston), as well as young stars like Joaquin Niemann and Bryson DeChambeau.

Check out the full LIV Golf Chicago Invitational odds below.

Rich Harvest Farms is located about an hour east of downtown Chicago and has played host to both the 2009 Solheim Cup and the 2017 NCAA Championship.

Nicknamed by some as "Augusta of the Midwest", the Par 72 can play beyond 7,700 yards and is known for its flexibility, polished landscape, and Bentgrass greens.

Dustin Johnson has played consistent golf across each of the four LIV events he's played in, and finally secured his first win in Boston two weeks ago.

DJ's 67-63-65 card was good enough to force extra holes, where he edged out Anirban Lahiri and Joaquin Niemann in a three-hole playoff en route to his first individual LIV Golf title and third straight team title under "4 Aces GC".

As such, he's entering the week a +450 betting favorite to go back-to-back in Chicago.

All eyes were on Cameron Smith in Boston as he had just been announced as LIV's newest acquisition — and he didn't disappoint.

The No. 3-ranked Aussie shot up the leaderboard with a final-round 63, ultimately finishing T4 in his LIV Golf debut. The 2020 Open Championship winner also helped drag his team "Punch GC" to its best finish yet (T6).

The Chile native posted three rounds of 66 or better but ultimately fell short of DJ in the aforementioned three-hole playoff. An encouraging debut nonetheless for the 2022 Genesis Invitational winner.

I picked Matthew Wolff here in Boston and I'm going to do so once again in the Windy City.

He entered Boston in some form after a T8 finish in Portland followed by a runner-up in Bedminster on the backs of a final-round 64. His T13 finish in Boston is just decent but he continued to show flashes of his best stuff after an opening-round 63 gave him a share of the lead.

He wasn't as sharp as sharp on the weekend (69-70), but on a track that plays well beyond 7,500 yards, Wolff's length (sixth in driving distance on PGA Tour) should give him a huge advantage.

Keeping driving distance in mind, I like Marc Leishman here as well. He's far from the furthest off-the-tee (48th in 2021-22), but between all of the retirement heads lingering in the 40/1 to 80/1 range, there aren't many others that project well on a course this long.

He's only been so-so for much of the past year but while his T26 finish in his LIV debut in Boston isn't that encouraging, he did fire off a second-round 64. The good stuff is there. 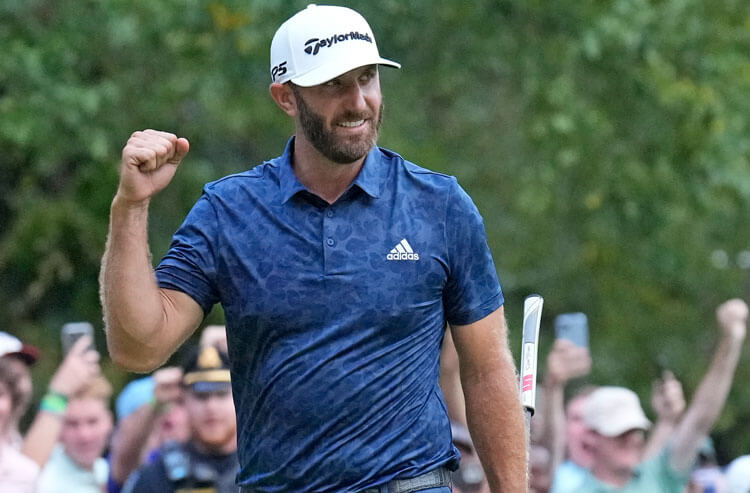