The 74th Emmy Awards are here, and Emmy Awards betting odds are next up on the entertainment betting calendar. Here's a look at some of the Emmy Awards odds for a selection of major categories with the show less than 24 hours away.

"Succession" has the most nominations for an individual series with 25, followed by "Ted Lasso" with 20. From Emmy Awards favorites to long-shot sweats, we're breaking down the Emmy Awards betting odds in a number of key categories:

(Editor's Note: Not all odds for major categories were listed at the time of publishing.)

The odds for lead actor in a comedy were neck-and-neck between two SNL alums in Hader and Sudeikis through the summer but the former has pulled ahead with the awards immediately around the corner. Hader is looking to win his third Emmy for his work on Barry, which would make him the first three-time winner of the award for portraying the same character since Jim Parsons won four times for The Big Bang Theory between 2010 and 2014.

Sudeikis won the award last year for his portrayal of Ted Lasso.

This one seems up in the air with no actor getting really short odds. Odenkirk has received a lot of recent accolades for the final season of Better Call Saul, and his odds have moved alongside Cox, who was the betting favorite in August. Lee Jung-jae is the slight favorite for the Netflix phenomenon, Squid Game.

Jean Smart was, perhaps to some, one of the most unheralded and underrated actresses in the United States for years. After winning the Emmy for Hacks last year, it's hers to lose this time around as she is the overwhelming favorite to claim back-to-back trophies.

Zendaya looks like she will be a repeat winner in lead actress in a drama series after previously winning for Euphoria in 2020. Her performance as Rue in the HBO series has received universal praise. Lynskey appears to be her closest competition from her knockout performance in the first season of the ensemble thriller Yellowjackets.

Even with Hader the presumptive favorite to win lead actor, Ted Lasso is in the driver's seat when it comes to outstanding comedy series. The soccer comedy won the award last year and will look to break the streak of four different shows winning the award in each of the last four years after the category was dominated by the likes of Veep, Modern Family, and 30 Rock in the prior 12 years.

Succession is on tap to win its second award in this category after previously winning in 2020. Oddsmakers aren't giving any other shows much of a chance, though Squid Game — which was a runaway hit during the pandemic — could conceivably pull off the upset. 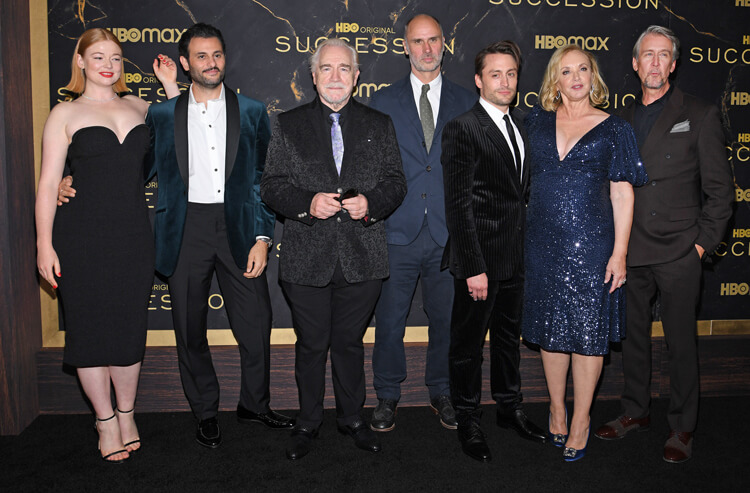