Conor McGregor, 28, has never been involved in a professional boxing match and Floyd Mayweather, 40, retired from the sport in September 2015 with a perfect 49-0 record.

There is simply too much money involved for this not to happen.

The rumored boxing match between Floyd Mayweather and Conor McGregor was announced to the world Wednesday afternoon and it will take place in Las Vegas on August 26 at either the MGM Grand Garden Arena or the T-Mobile Arena.

The current numbers are still -1,100/+700 at most of the Vegas books, but the online books have taken so much McGregor action from public bettors that there are currently Mayweather moneylines as low as -750 with +500 on the underdog Conor McGregor.

Highly regarded boxing and MMA oddsmaker, Joey Oddessa, spoke with Covers back in May regarding the, at the time, rumored fight and the flood of money coming in on the underdog.

“I think back to when Ricky Hatton came across the pond in December 2007,” Oddessa told Covers. “He had all these drunk fans thinking he actually had a chance against Floyd Mayweather. They bet Hatton down to about 2/1, and you saw how that turned out.”

“I maintain Conor McGregor doesn't even have a puncher’s chance in a boxing ring against Floyd. He has none, zero,” Oddessa said. “The money has all been on Conor at about a 4/1 ratio, so the house needs Floyd pretty big so far.”

Mayweather Promotions has obtained permission to promote a boxing event at the MGM Grand Garden Arena for the night of August 26. They would prefer to hold the event at the larger T-Mobile Arena, but the facility is booked for Ice Cube's BIG3 3-On-3 basketball title game. There are likely some back room negotiations going on involving stacks of cash.

Neither fighter is currently licensed as a boxer with the Nevada Athletic Commission but that is simply a formality that could be taken care of in just a few days.

Conor McGregor, 28, has never been involved in a professional boxing match and Floyd Mayweather, 40, retired from the sport in September 2015 with a perfect 49-0 record. 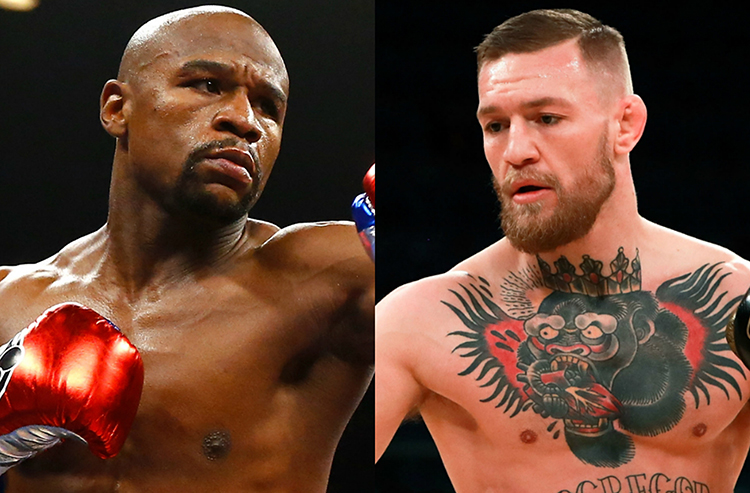