"We win more money with less games now. These are some of the reasons why we make more money than anybody else in Las Vegas.“

Marc Meltzer
Last Updated: Aug 3, 2015 4:30 AM ET
Photo By - - Steve Wynn
The Vegas Strip is great for a lot of things. There are great hotels, bars and restaurants. If you're into shows, spas and shopping they have that too. You might pay a little more than you would in the suburbs or your home town but that's the case whenever you're in a tourist area.

The fabric of what turned me on to Las Vegas and the Vegas Strip continues to get worse. If I want great restaurants and bars I can go to many cities around the world. One of the reasons I fell in love with Vegas is because I could get those things and also gamble right outside the door. Well, that's becoming less of an option to me.

Gaming revenue (corporations and governments refer to gambling as gaming) has been shrinking on the Vegas Strip for 20+ years and now counts for about 40 percent of overall casino revenue. Some people gamble and some don't but that's nothing new to Vegas. Neither is the fact that not everyone who spends money gambling pays attention to gambling odds and strategy. Smarter gamblers are only a small part of this shrinking revenue stream for casinos.

During last week's quarterly earnings call with investors for Wynn Resorts gaming took up a few minutes of Steve Wynn's time. It's rare for a casino company to discuss gaming specifics on these calls but as bad as the information is for gamblers it's almost - almost - refreshing to hear such honesty. Steve Wynn discussed why Wynn Las Vegas recently reduced their craps odds from 3x-4x-5x to 2x.

“With three dealers and a box-man, and half of a floor man for every table - craps is not a really profitable game at that level.

So I changed the casino. In effect I raised the price. And I went to double odds only. Except for extremely high play with a thousand dollar minimum bet.“

The increased house edge on craps is substantial to smart gamblers but for the average visitor to Las Vegas it’s, unfortunately, barely noticeable. Based on observations of craps games at six casinos around Las Vegas the past couple of weeks I’d be shocked if even 25% of craps players are playing max odds. It's a small sample size but this change really effects just a small amount of us that max our odds when playing craps.

The good news is that this change only effects one casino on the Vegas Strip - for now. Mr. Wynn very accurately discussed how this trend that's bad for gamblers will spread quickly.

“Now, some of the operators will copy us. You know we're not allowed to talk to one another because of obvious legal implications of price fixing, but we don't really care what the other guys do. We run our own business the way we see we should, and we're not in business to offer games that don't make money. And I don't mind saying that publicly. So we've done quite a bit of work in tightening up the way the casino works.

“...I know our competitors are on the call and they probably, everybody knows it the minute you make a change like that in Las Vegas it goes around town like wildfire.”

He’s right. There isn’t a successful idea used on the Vegas Strip that isn’t copied by other properties. Expect the 2x craps games to spread across the Vegas Strip quickly - especially if Wynn Resorts touts successful increases on craps revenue in their next quarterly earnings call.

That's not it. Steve Wynn has gone full out against the smart gambler. He smugly said on the same earnings call that Wynn Las Vegas is essentially pushing the worst games in the customer’s face. This isn’t really a new strategy with table games but he’s just saying it publicly.

“I also rearranged the floor in the casino to put our specialty games that are very popular with the public – that have a higher margin – and I put them in the hundred percent location. And I moved my games with less of a margin to secondary locations. Those changes have worked out favorably to us in the past three weeks, and that kind of re-examination… our slot floor has been re-done. We win more money with less games now. These are some of the reasons why we make more money than anybody else in Las Vegas.“

Again, Wynn Las Vegas isn’t the only casino employing the practice of featuring the worst games in the casino more prominently. Casinos have been doing this for years. There’s a reason the Big Six Wheel and its huge house edge (between 11 percent and 24 percent) is often positioned near the entrance to the casino.

The Vegas Strip continues to evolve and it's only going to get worse for gamblers. Many of the properties are beautiful and are home to some of the best restaurants, bars and nightclubs in the world. What separates Las Vegas, and particularly the Vegas Strip, from New York, LA, San Francisco, etc. is that you can still gamble outside of those places.

The larger house advantage on just about every casino game on the Vegas Strip won't scare the masses but it will definitely push older gamblers that remember the days of decent casino odds to look for opportunities to find options more to their liking. 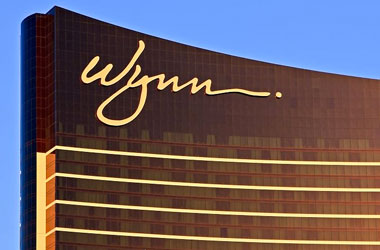