New Jersey is currently in first place in the North Division, and now they get the chance to improve to 3-1 against Pittsburgh who is yet to win a game. Find out why we're siding with the big-time favorite covering the spread in our USFL betting picks.

The New Jersey Generals (2-1) sit atop the North Division after a Week 3 victory over the Philadelphia Stars. Mike Riley’s team looks to build its lead in the division against the lowly Pittsburgh Maulers (0-3).

The Maulers rank dead-last in the USFL after three weeks. The only team in the league with a first-time head coach in charge, Pittsburgh is struggling to get anything going.

It’s been nothing but bitter defeat for Kirby Wilson and his team, but will they be able to get in the win column in Week 4?

Check out our USFL picks and predictions for the New Jersey Generals and Pittsburgh Maulers on Saturday, May 7 to find out.

In one of the largest spreads you’ll see in the USFL, the Generals are -10 favorites. The total has been set at 35.5 across most books.

The weather in Birmingham isn’t expected to be much of a factor for this game. There is a high of 81 degrees during the day and winds of 10 to 15 mph.

Generals vs Maulers picks and predictions

In a league where the margins have been relatively slim between winning and losing teams, the Pittsburgh Maulers have been the outlier through three weeks — they’re awful.

The passing attack is second-worst with only 148.7 yards per game, but more concerning is that the rushing attack has struggled to generate much of anything despite being the focal point of the team. Kirby Wilson has been a long-time running backs coach across various stops since 1997 and made it clear that the identity of his team would be a run-first offense.

The issue is that the ground and pound attack has been nothing special. The Maulers average just 105 yards per game on the ground on a measly 3.8 yards per carry. They rank second-last in rushing, ahead of only the pass-happy Stars.

The Generals have utilized a two-quarterback approach with much success. Both Luis Perez and De’Andre Johnson are seeing time under center. Perez has completed 65.4% of his passes through the air, while Johnson ranks third in the league in rushing yards (216). The Generals have the top rushing attack in the league (200 YPG) and average over 30 more yards per match on the ground than the next closest team.

The Generals also possess the better defense, ranking second in the league with only 239.7 yards per game allowed. They excel at stopping the run, ranking first with a large margin by allowing only 59 yards per contest.

The Generals have the leg up in every facet of the game. The Maulers were last seen in a humiliating 24-0 defeat to the Panthers, and more lopsided scores are likely to come.

The Maulers' offense truly is dreadful. They were most recently shut out by the Panthers, and now must face one of the league’s best defenses in the Generals.

There is no reprieve for the Maulers and it's likely another dismal offensive output is in store. Josh Love and Kyle Lauletta have rotated at quarterback for Pittsburgh, but neither has found any success. Love has completed 54.8% of his passes and has as many touchdowns as interceptions (2). Lauletta, meanwhile, has completed only 11 of 23 passes for 49 yards and no touchdowns.

The Maulers will look to establish the run but will have difficulty doing that against the league’s best rushing defense. For as bad as Pittsburgh is been, its defense is actually decent.

The Maulers rank fifth in the league in total yardage allowed (285.3 per game) and are decent against the rush (118 YPG). We’ll stick to the trend of playing the Under in the USFL.

The Generals have the leg-up in every conceivable angle of the game. They have the league’s best rushing attack and rushing defense by a wide margin and appear poised to do some damage over the second half of the regular season.

The Maulers are a mess and things are only getting worse. The only reason this line isn’t even wider is that it’s a new football league and a spread this wide hasn’t been seen yet in the USFL.

Give us the Generals to hand the Maulers an ugly loss.

Did you know that if you parlayed our USFL Generals vs. Maulers predictions, you could win $25.69 on a $10 bet? 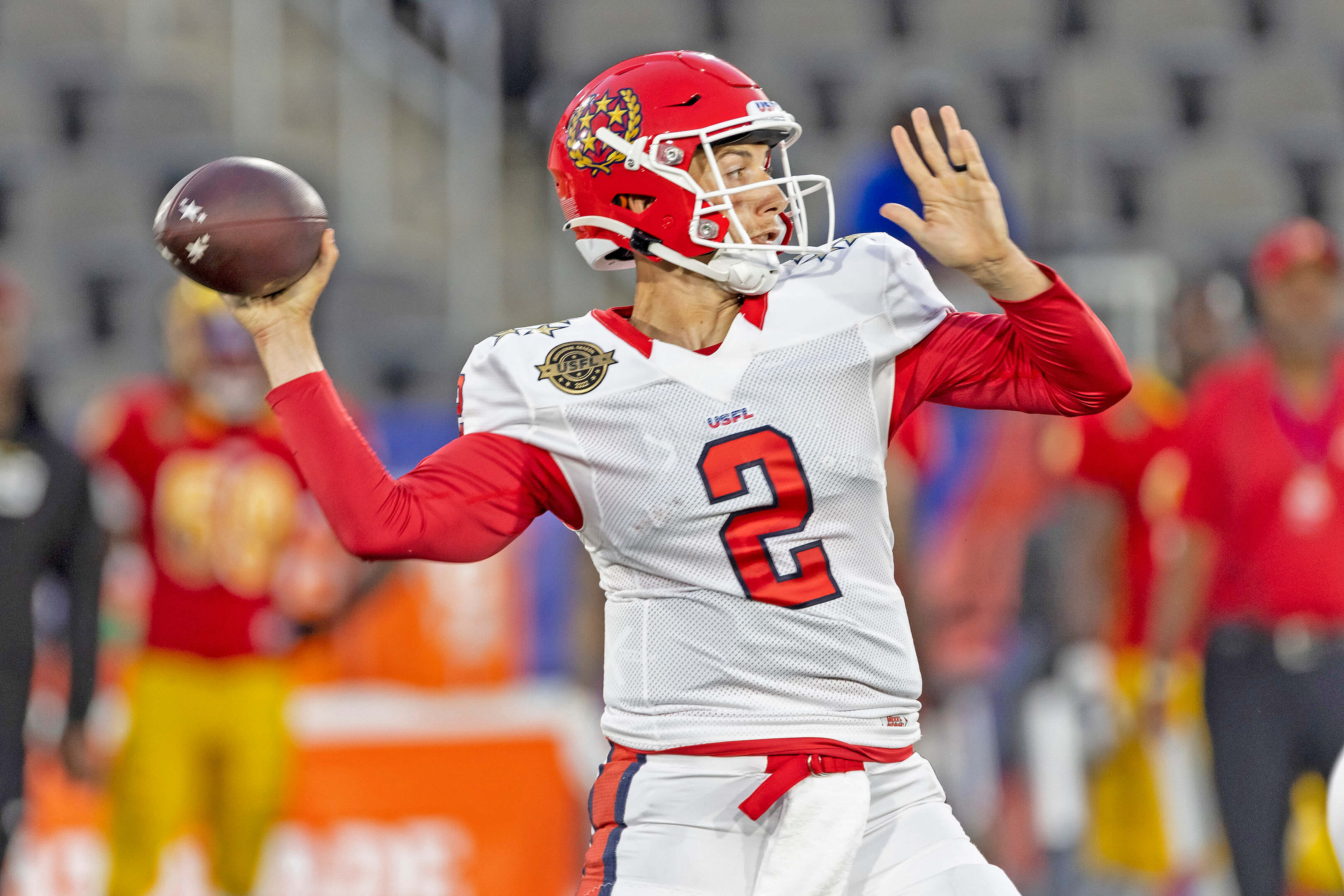