USA vs Mexico Gold Cup Tips and Predictions: Bragging Rights on the Line

CONCACAF rivals Mexico and the USA will meet in their second final this year as they clash to end the Gold Cup. Can Mexico cap off a great tournament with their second straight Gold Cup? Check out our tips and predictions.

The 2021 CONCACAF Gold Cup final is set, and it will be contested by the region's two most dominant teams. The USA and Mexico's heated rivalry will play out yet another chapter on Sunday after both teams delivered dramatic late winners in their semifinals.

Will Mexico repeat as Gold Cup champions, or can the USMNT reinforce their CONCACAF supremecy? Check out our USA vs. Mexico tips and predictions for August 1.

It's quite incredible that we get yet another USA vs. Mexico match with high stakes, as it was less than two months ago when the two teams last faced off in a tense CONCACAF Nations League final in Denver. The USMNT were victorious in an absolutely wild match which finished 3-2 in extra time. However, while Mexico has continued along with a very strong team into the Gold Cup, this U.S. roster is considerably different than the one that won in early June. Of the 23 players who made up the U.S. squad in that final, only three are with the Gold Cup team.

So, while it was advantage U.S. when the two teams' best lineups faced off, it should be advantage Mexico on Sunday as El Tri will send out a considerably stronger lineup. Considering the USMNT Gold Cup roster, and their tournament path, they are lucky to find themselves still playing at all.

Going back to their group-deciding game against Canada, through a quarterfinal against Jamaica and semifinal against Qatar, the U.S. have been outplayed in three straight matches. Qatar, especially, absolutely brought it to the United States until around the 70-minute mark, firing 17 shots away with American 'keeper Matt Turner stopping several outstanding chances, including an unbelievable save on what would have been an own goal.

Mexico, meanwhile, had been nearly flawless through the first four games of the tournament, with the exception of a sleepy showing in their opener against Trinidad and Tobago. However, in their semifinal against a brutally depleted Canada, they were tested for the first time — and nearly beaten. Despite playing without their top four strikers, and their best attacker in Alphonso Davies, Canada pushed Mexico to the brink, scoring the first goal conceded by El Tri in the Gold Cup. The two looked primed for extra time until Mexico found a winner in the ninth minute of what was signaled as seven minutes of injury time.

It was an admirable performance from Canada, but equally so from Mexico, as they once again showed the quality and toughness needed to have success in gritty CONCACAF play.

A single goal has separated the USA and Mexico in each of the last two finals they have battled in, and with the U.S. yet to have a resounding win in a big game at the Gold Cup and Mexico pushed all the way by a weakened Canada side, it appears likely the two CONCACAF rivals will require extra time on Sunday.

Once a game reaches extra time — or especially penalties — it can of course go either way, such are the margins in those situations. However, even in a final that should be as closely contested as Sunday's Gold Cup final, all signs point to Mexico retaining their crown and lifting the Gold Cup for a 12th time.

El Tri have been the best team all tournament, cruising through the group stage, tearing apart a solid Honduras team in the quarterfinals, and showing their tournament nous in the semifinal against Canada. With the exception of a spectacular individual effort from the tournament's breakout young player in Tajon Buchanan, they have not allowed a goal and have rarely looked close to conceding. At the other end, new Mexican international Funes Mori has been clinical with three goals as he has helped to calm concerns surrounding their striker situation.

The USMNT, meanwhile, have yet to convince of their tournament-winning qualities at the Gold Cup. They were lethargic in a 1-0 win against Haiti, outplayed by Canada in a must-win game to close out the group stage, pinned back by Jamaica, and roundly outplayed by Qatar. They have had strong individual performances, with Turner and midfielder Sebastian Lletget putting in particularly great tournaments, but it's difficult to argue the experimental squad has worked. Even against Qatar, as they lined up in the same way as their quarterfinal against Jamaica, cohesion and sharpness evaded them. Though they are likely to line up in a similar way again, it seems unlikely they will finally click in a tournament final against a stronger, more in sync squad.

Mexico and the USA's rivalry has long since proven to create chaos, with evidence as recent as two months ago to point toward. However, both the quality of the respective squads and their tournaments up to this point suggest just one result, and that's Mexico being crowned Gold Cup champions. 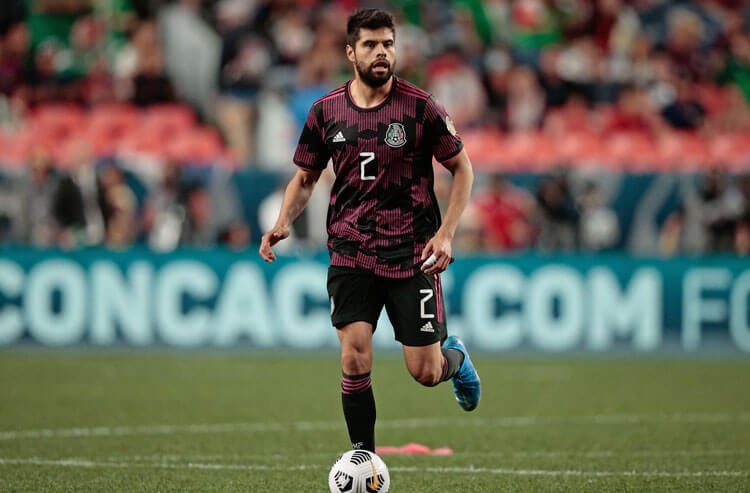 USA vs Mexico Gold Cup Tips and Predictions: Bragging Rights on the Line
Provided by