Newcastle vs Manchester United Picks and Predictions: Tough Times on the Tyne Continue

Newcastle United and Manchester United both made managerial changes recently but it's only led to results for one of the two, as Newcastle continue to head toward relegation. Our EPL betting picks highlight why another loss is ahead for the Toon.

The festive period in the Premier League will continue through Monday, when Ralf Rangnick's Manchester United travel to one of England's great venues to face Newcastle United at St. James' Park.

Man United are undefeated under Rangnick as the presence of a proper manager has, unsurprisingly, had an immediate and positive effect. The new manager bounce hasn't been as kind to Newcastle, however, as they remain in the drop zone now seven games into Eddie Howe's time in charge.

Here are our free soccer betting picks and predictions for Newcastle United vs. Manchester United, with kickoff on December 27.

A chilly night Tyneside is forecast for Monday, with temperatures at kickoff expected to be around 40 degrees Fahrenheit. A chance of showers is also in the forecast, with a 35 percent chance of rain in the evening.

While the stakes were quite different, with Manchester United fearing a season outside the Top 4 and Newcastle United looking at a third relegation, both of these teams made managerial changes with the hope of turning their season around. The results have been vastly different, too.

Since Ralf Rangnick was appointed, Man United are undefeated with tangible improvements in the way they control possession and press their opponents high up the pitch. The quality of Rangnick as a manager is so apparent, with the club no longer appearing without an initial plan or a plan B in most games. Games like this, away to Newcastle, were the type where they'd falter under previous management but now, they can play to their quality.

Though the defensive record and quality are suspect, with Man U in the bottom half of the table in both goals conceded and expected goals against, their attacking talent can continue to carry them forward. They're in the Top 6 in all goal- and shot-creating metrics and Rangnick even has Cristiano Ronaldo working off the ball — something he hasn't done in years.

The early returns have not been nearly as positive for Newcastle under Howe, despite some obvious improvements. They've taken five points from a possible 21 in the seven matches Howe has been in charge for, with the lack of talent painfully apparent. Newcastle does have a couple of quality attackers but it's a long-term task to take one of the league's most passive teams and make them play with the ball and press high without it.

Even with brief moments of promise in possession, Newcastle have been and will continue to be sunk by a league-worst defense. That has punished them against teams with similar quality, and against a side with as much talent as Manchester United, it will be the same result.

It's been a horrible run for Newcastle since picking up their first win at the start of December, losing three straight by scorelines of 4-0, 3-1, and 4-0. They've allowed the most goals in the Premier League and have the most expected goals against. With a horribly talent-poor backline, there's no reason to expect an improvement until January when reinforcements can and will be bought.

Though three of Manchester United's previous four league games have seen them score just one, it's entirely possible for them to top this total on their own. Jadon Sancho, Ronaldo, Marcus Rashford, Mason Greenwood, and Co. are in another world, talent-wise, to Newcastle's backline, and it will be apparent.

However, we could get a little help from Newcastle here, too. Even as Man United's performances have improved under Rangnick, their backline does leave you wanting. Consecutive clean sheets against Crystal Palace and Norwich City have seen Man U concede 0.9 xG in each game, while they allowed two goals (1.5 xG) to Arsenal and one (2.9 xG) to Chelsea before that.

In Callum Wilson and Allan Saint-Maximin, Newcastle have attackers that can punish mistakes, and Wilson is a truly clinical finisher who would only need a single chance.

Though the improvement in preparedness and structure in Howe's Newcastle are obvious, the absence of quality in their backline has continued to haunt them. Two of the most obvious flaws currently hurting them is a nearly complete lack of natural fullbacks to call upon, with wingers shoehorned into defensive roles, and slow-footed centerbacks continuously giving opposing attackers far too much time and space on the ball.

Both of those shortcomings are primed to be exploited by Ronaldo. The aging superstar still loves to drift wide and receive the ball before cutting back in and tying his defender in knots, which will be made easier by Newcastle's makeshift fullbacks. Worse still for Newcastle, he never needs more than the smallest of spaces to get a shot off yet he'll be afforded far more by technically poor centerbacks who will stand off him and let him do as he pleases.

Ronaldo's never a bad bet to score but against one of the Premier League's worst backlines, he's a great bet to do so. 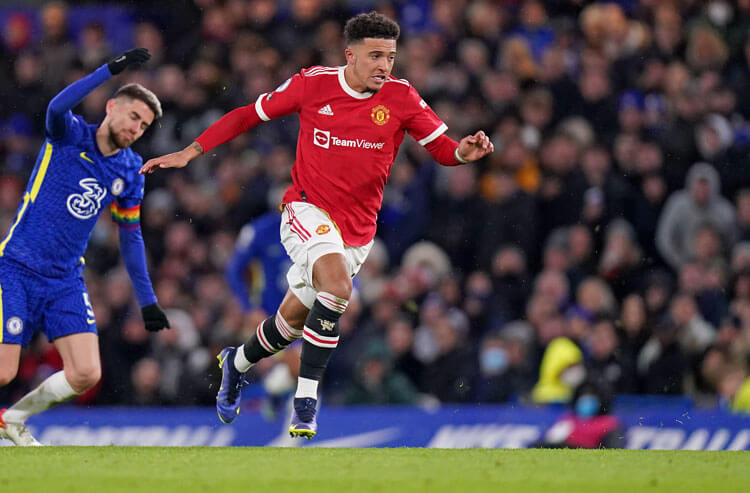 Newcastle vs Manchester United Picks and Predictions: Tough Times on the Tyne Continue
Provided by