Napoli vs Juventus Picks and Predictions: Calling for Clean Sheets

Juventus and Napoli are still shaking off the rust from the World Cup pause, but these two Serie A heavyweights will meet in a key match toward the top of the table on Friday. Goals could be at a premium, as our betting picks explain.

Juventus looks to narrow the gap at the top of the table to just four points on Friday, when the second-place Old Lady travels south to take on league leaders Napoli on Matchday 18 of the Serie A season.

The Bianconeri enter the tilt on the back of an eight-match run in league play where they’ve not only won, but kept a clean sheet each time out. Meanwhile, the hosts have pushed their lead atop the table to seven points after AC Milan dropped a match to Roma over the weekend.

Napoli led much of the season last year before fading down the stretch, and a win on Friday would give them a solid cushion of 10 points over one of their biggest challengers for the Scudetto.

Can Gli Azzurri regain some of their form from before the World Cup, or will Juventus keep their run going? We discuss that and more in our Napoli vs Juventus picks and predictions for Friday, January 13.

Napoli vs Juventus picks and predictions

Of the teams in Europe who didn’t enjoy the World Cup break coming when it did, Napoli has to be near the top of the list. In 21 matches across all competitions prior to the pause in play, Napoli lost just once and dropped only seven points. In Serie A play, they had won all but two matches (no losses, and only a pair of draws early in the season) and were riding a 11-match winning streak.

That run came to an abrupt end when they traveled to Inter Milan to resume play last week. Inter held them without a goal, just the third time in all competitions that had happened this season, as they won 1-0. Napoli managed just two efforts on goal in the contest.

The league leaders rebounded over the weekend with a 2-0 win over lowly Sampdoria. However, Napoli missed a penalty and scored just one goal from open play against the worst defensive side in the entire league – which was playing a man down for more than 50 minutes. Star winger Khvicha Kvaratskhelia had little impact on the match, and was subbed off after an hour.

Goals haven’t been easy to come by for Juventus since the restart either – although they weren’t really flowing before the World Cup to be fair. The Old Lady has a pair of 1-0 victories since the restart, the first of which required a stoppage-time winner to beat dead-last Cremonese last week.

Finishing has been an issue for Juventus. They won 1-0 against Udinese at the weekend – again on a late goal – despite having an expected goals (xG) of 2.45 on the day. Moise Kean led a 3-5-1-1 formation that Max Allegri has been forced to run given the extensive injury list he’s dealing with. The formation has done a good job of frustrating opposition so far, as Udinese and Cremonese combined for six total efforts on target. This is even more impressive when you realize they had just one true center back in their three-man back line against Udinese.

The last time Juventus allowed a goal in Serie A, people were still a few weeks away from enjoying Halloween parties. They’ve conceded goals in just five league matches, and their 12 clean sheets through their first 17 matches are the second-most in league history. On the other side, Napoli have kept four clean sheets at home in eight league matches.

This should be a very cagey affair. Napoli will want to maintain their lead atop the table, and Juventus will not want to see it grow any larger. When you combine that with Napoli struggling to ignite their high-scoring attack, and Juventus simply not posing much of an attacking threat, it makes for a very low-scoring contest. Take the Under on Friday as your best bet to make a profit from this contest.

Looking to do some Serie A betting? Here are two of the best bonuses* available:

Napoli vs Juventus side analysis

Napoli may not be flying as high as they were prior to the break, but they’re still the best team in Italy at the moment. They’ve won seven and drawn once at home this season, although only the Udinese win came against a team not in the bottom half of the table. Napoli have no injury issues at the moment, and manager Luciano Spalletti will have his full squad to choose from for his 4-3-3 setup.

The Old Lady has won eight straight via clean sheet in Serie A, and Freddy Chiesa could be ready to go from the outset after returning against Udinese. But Allegri will continue to have a depleted squad. Captain Leonardo Bonucci and fellow defenders Mattia De Sciglio and Juan Cuadrado will miss out. So too will striker Dusan Vlahovic, and midfielder Paul Pogba.

I believe the Under is your best bet, but the Draw isn’t far behind. My only concern is that both of these teams can be dangerous from set pieces, and you could easily see either team stealing all three points with a well-executed dead ball routine. That said, Juventus are doing a great job of denying goals, while Napoli has allowed just 13 all season themselves. A 0-0 scoreline could easily be in the cards, and at +850, it’s a tempting play.

We’ve already discussed why the Under is the play here. That said, we will break things down a bit further.

Five of Napoli’s eight matches at home have seen three or more goals scored in league play. Their three Champions League home tilts also were high-scoring affairs. Juventus’ last four away fixtures in Serie A have all ended with a 1-0 scoreline, with the Old Lady taking all three points in each.

One other market to possibly explore is the first half Total. Six of Juventus’ eight away matches this season have failed to yield a goal in the opening 45 minutes. In their two matches since the restart, Napoli has seen just one goal scored in total, and had a penalty denied last time out. The first half Under 0.5 pays out at +180 and could be worth a look.

Conditions shouldn’t be terrible for Friday’s match. Temperatures will hold steady throughout in the low 50s, and there is a minimal chance of rain. Winds will be very light and will not impact proceedings. 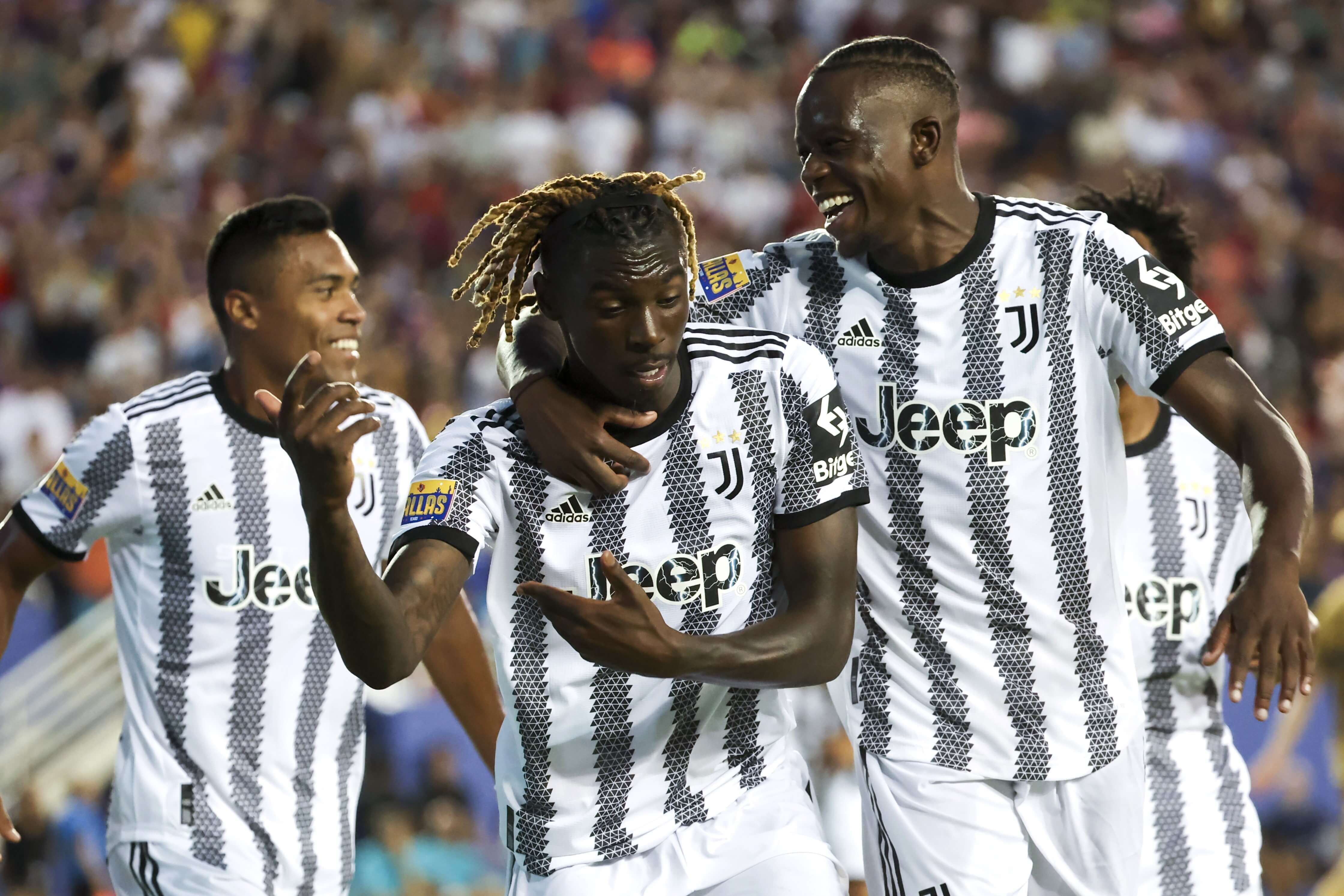 Napoli vs Juventus Picks and Predictions: Calling for Clean Sheets
Provided by