A few years ago Leeds and Aston Villa established an intense rivalry in the Championship. Now the two re-engage while jostling for Premier League positioning, and our EPL picks expect Villa and Leeds to split the points.

Due to postponements, Leeds haven’t played a match since their humbling 5-2 defeat at Brentford on September 3. The respite can be seen as a blessing or curse, depending on which way you perceive it.

While rust is a concern, Jesse Marsch will be pleased about playing at home, where his side has taken seven from a possible nine points.

Aston Villa are unbeaten in two and have shown solid signs of improvement, as they held Man City to a 1-1 draw at home before eking a critical 1-0 win over Southampton in a gritty show of determination.

Will Leeds’ home form or Villa’s recent run continue? Find out with our soccer betting picks for Leeds vs. Aston Villa on October 2.

Whatever Steven Gerrard said to his players after losing to Arsenal has taken root. His side isn’t the most skillful, nor do they play with a particularly aesthetically appealing, enterprising flair. However, at least recently, they have shown a level of resilience, organization, and doggedness that was previously missing.

Gerrard now has to instill those same qualities and self-belief in his players on enemy territory. The Claret and Blue have lost all three road encounters by a combined 7-2 but haven’t played an away match since losing 2-1 at the Emirates on Aug. 31.

However, Villa are an altogether different proposition if the last two matches are anything to go by. They should acquit themselves with heightened confidence and self-belief. Unfortunately, not all the news is rosy in Gerrard’s camp, as first-team regulars Matty Cash, Lucas Digne, Diego Carlos, and Boubacar Kamara are unavailable.

Those absentees leave a yawning full-back void and a concurrent selection headache for Gerrard, who will expect 37-year-old Ashley Young to step up as he did against Southampton.

Marsch is missing two regulars — Stuart Dallas and Adam Forshaw — but is buoyed by the return of Rodrigo, who leads the team with four goals in five appearances. The Spaniard’s absence was dearly missed in Leeds’ 5-2 defeat to Brentford.

Despite the heavy defeat to the Bees, Marsch has much to be pleased about, including their indomitable Elland Road form. Leeds have the joint-best defensive home record, conceding only two goals in three matches.

However, Marsch’s side is winless in three and, after a dormant month, may need the opening 20 or 30 minutes to recapture the relentless press and breakneck tempo their success is predicated on.

Gerrard will set up his side to frustrate Leeds in the opening 30 minutes, trying to neutralize an irrepressibly raucous fanbase. He will ensure his side is steadfast, unwavering, and defensively sound. Look for both teams to take a share of the spoils in a draw, most likely 1-1.

Leeds vs Aston Villa side analysis

Leeds are looking for their first four-game unbeaten start at Elland Road in the top flight since the 2001-02 season, the last time the club participated in the Champions League.

While competing in the Champions League is a pipe dream for the Yorkshire side, securing a four-game undefeated streak will galvanize Marsch’s men, particularly considering their dubious away form.

Only a point separates the two teams in the standings, with Leeds on eight and Aston Villa on seven. The Yorkshire club is in 11th place, while Aston Villa currently holds on to the 15th spot.

Villa enter Sunday’s match with a recent subpar defensive record in away outings. They’ve conceded at least two goals in their previous four away fixtures, including at Palace, where they allowed three.

Two of their three road games ended in the Over.

Their opener at Bournemouth, a 2-0 setback, was the lone Under. However, Gerrard has since tinkered with his strategy and instilled a different mindset. Their last two results, albeit at home, resulted in the Under, with Villa conceding a single goal.

Leeds’ three home games have seen two Overs, with Marsch’s side beating Chelsea 3-0 and Wolves 2-1 on opening day. However, expect Sunday’s affair to follow the script of Leeds’ 1-1 home draw against Everton.

Both teams know the importance of avoiding defeat, which should result in a physically robust outing where chances are at a premium. Expect the Under.

The temperature will be 61 Fahrenheit for the late-afternoon kickoff. Winds will be a moderate 12 mph, and humidity is expected to be 61%. There is a minimal 6% chance of precipitation, and there should be intermittent cloud cover. 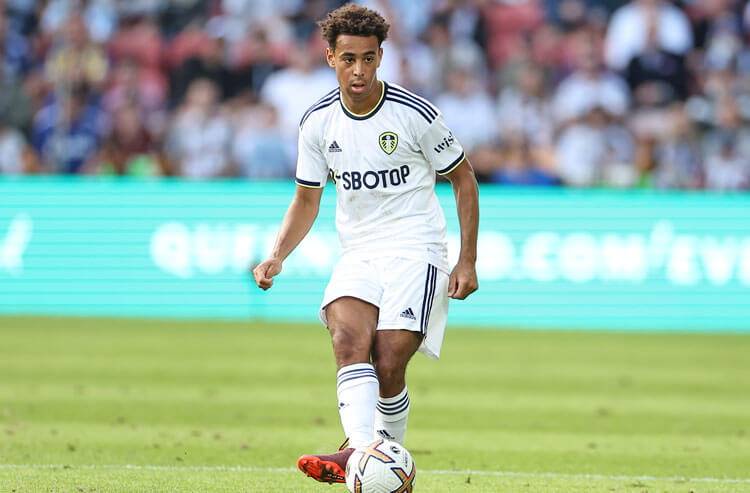