Despite having home-field advantage for two group games, the betting value lies in fading Scotland at Euro 2020.

Euro 2020 marks the first international tournament for Scotland since 1998. After more than two decades absent from the world scene, is there reason for optimism?

Scotland play their first and third Group D games at home in Glasgow against Czech Republic and Croatia and travel to London for their middle match against England.

Odds for Scotland to win

Here’s how Scotland’s odds to win the tournament have looked over the last eight months, as compared to the other tournament long shots.

The odds history suggests a significant amount of market support for Scotland, but do not let the numbers fool you. As big of a move from +75,000 to +15,000 appears, it only represents a bump of 0.5% in implied probability. The majority of the move was fueled by winning the qualification playoff match. Despite what looks to be a big change, in reality, Scotland went from being listed at odds suggesting no chance to win, to odds still suggesting no chance to win.

It is difficult to expect much of anything from Scotland. They struggled in qualification, allowing three more goals than they scored, then earned ten points from a possible 18 during Nations League play. Even with home-field advantage priced in, they are listed at odds of +215 against the Czech Republic and +270 versus Croatia in group-stage play. In their middle match in London, they are nearly 10/1 underdogs against England.

Tactically, the team is jumbled as well. Steve Clarke was experimenting with a backline of three defenders right up to the final playoff match. More than a year into managing the team, he still had yet to figure out the right personnel. Allegedly, players revolted and convinced him to not go into the playoffs with that game plan. Scotland seems as unsettled as any team entering the tournament.

After failing to make it onto the English squad, Che Adams denounced further allegiance to England — where he played internationally U20 — and joined Scotland. He received his first call-up to play with Scotland in March and, while he will not be among the top anytime goalscorer odds for each match, he has the potential to find the back of the net in what may likely be time as a sub. Adams is the only EPL representative of the main attacking threats and has scored seven goals in 31 matches for Southampton.

Scotland are currently listed at odds of +125 to advance to the knockout stages which would require a big surprise somewhere along the way in Group D. Even with the built-in home field advantage and 15,000 supporting fans for their easiest group matches, getting out of the group and making any sort of run seems like an enormous stretch. Bet against Scotland. 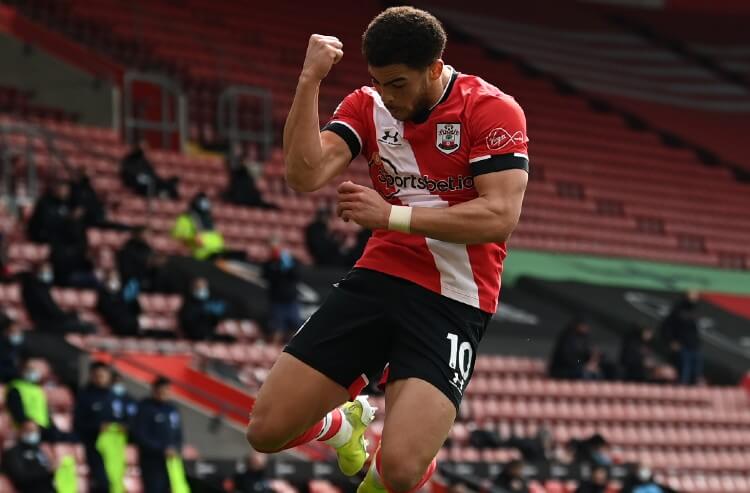