Bournemouth's return to the Premier League's looking increasingly likely to be a one-year stay. With a weekend trip to Brentford ahead, our EPL picks are expecting the Cherries' woes to go from bad to worse.

The alarm bells are going off for Bournemouth after five straight losses, and a trip to Brentford on Saturday is no one’s idea of a get-right spot.

The Cherries have been in relegation form since the post-World Cup restart. A tough schedule, including games against Chelsea and Manchester United, hasn’t helped but a 4-2 loss to Burnley in midweek in the FA Cup third round was another troubling sign.

Brentford had an FA Cup disappointment of their own this week, losing to West Ham, but the Bees continue to impress in the Premier League.

Read on for our free Brentford vs. Bournemouth picks and predictions ahead of this Saturday, January 14 matchup.

Brentford vs Bournemouth picks and predictions

To say there are contrasting moods for these two teams would be an understatement. Brentford are buoyant after adding Liverpool to a growing list of big-name scalps this season, and Thomas Frank’s men have collected 16 points from their nine home league fixtures while averaging two goals a game.

Meanwhile, the Premier League trap door is looming large for Bournemouth unless they can halt their recent skid. Gary O’Neil’s side had gone four games without a goal before netting twice against Burnley.

Brentford are such heavy favorites here that the moneyline alone doesn’t offer a lot of value, so I’m pairing that with Over 2.5 goals. The Bees have been reliable scorers, netting two or more goals in each of their last five Premier League games, and Ivan Toney could be back on Saturday to partner Bryan Mbeumo in attack.

With the desperation levels rising, look for an improved Bournemouth performance here, especially if O’Neil shakes up the starting line-up. At a minimum, the visitors will need to reshuffle the back four with Adam Smith suspended.

But I still see Brentford’s slick attacking play being too good. The Cherries’ defense has been the leakiest in the Premier League this season, allowing 39 goals so far, and the hosts should be able to add to those woes.

Brentford vs Bournemouth side analysis

With these teams going in opposite directions, Brentford are understandably big favorites to bag all three points on Saturday. The Bees have been consistent at home and Frank was able to rest a few key men in the cup in midweek.

Beating Liverpool without Toney was a big statement for the Bees, serving up a timely reminder that there’s plenty of squad depth and enough of a goal threat surrounding their main man. Yoane Wissa is more than capable of stepping in again if Toney starts on the bench, while Christian Norgaard and Mathias Jensen provide terrific service from midfield.

Bournemouth have the look of a side wondering where their next point will come from. With a new ownership group in place, the Cherries could be active in the January transfer window, but there’s no sign of those re-enforcements yet.

Brentford have been excellent at counter-punching against teams that try to attack them. That was the story in their marquee wins over Manchester United, Manchester City and Liverpool this season. But Frank’s men will face a different challenge here, with Bournemouth likely to sit deep and defend in numbers. The Bees will need a patient approach to break them down.

If you’re taking the Over here, you’re counting on the Toney-Mbeumo-Wissa trifecta to have a big day. All three have the quality to unlock this Bournemouth defense and it’s a dream matchup for Toney to add to his tally of 12 Premier League goals this season.

In contrast, it’s hard to trust the Bournemouth attack to do much damage, though both Dominic Solanke and Kieffer Moore have had their moments this season. The Cherries’ strikers will need better service to create openings against Brentford’s solid 3-5-2 formation, and set pieces could be a critical avenue for O’Neil’s men.

These two teams played out a 0-0 stalemate in early October, but I expect far more scoring chances on Saturday, with the hosts in a rich vein of form.

Expect rainy conditions at the Gtech Community Stadium on Saturday, with a strong breeze and temperatures dipping to the mid 40s. 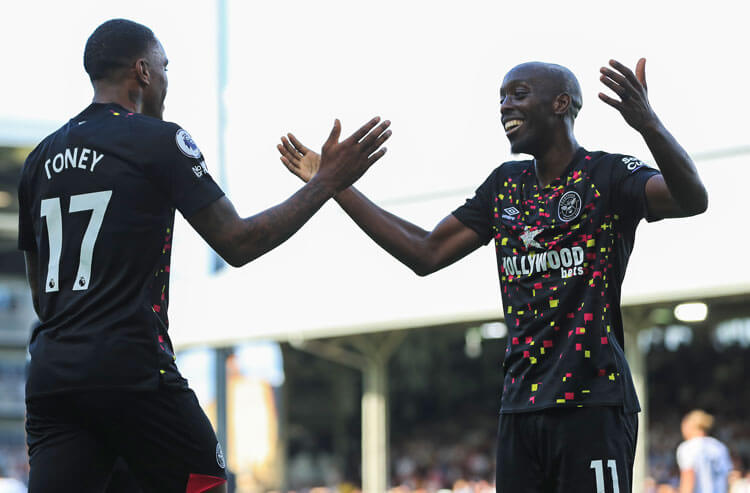