Lionel Messi finally won his first trophy with Argentina this year and as a result, has the best odds to win a record seventh Ballon d'Or. We have the full Ballon d'Or odds and the full field in a competitive race below.

The lead-up to this year's awards ceremony saw plenty of changes to the Ballon d'Or odds but it's nearly time for the honor to be given.

As has been the case for most of the time since the 30-man shortlist was announced, it's Lionel Messi who has the best odds to win the Ballon d'Or. Messi, the soccer betting favorite ahead of Monday's ceremony, is the reigning winner and is a record six-time winner of the Ballon d'Or already.

Here are the latest odds, including the favorites to win, ahead of the 2021 Ballon d'Or ceremony.

Lionel Messi, who has won the Ballon d'Or a record six times, is favored to take home the award this year and further his record. Despite enduring one of the least successful seasons of his career at club level, finishing third in La Liga with Barcelona and getting knocked out of the Champions League in the Round of 16, it was another marvelous season for Messi on an individual level with 43 goals and 14 assists across 57 games for Barca.

However, Messi's favorite status is all about what he did at an international level with Argentina. After losses in the 2014 World Cup final and 2007, 2015, and 2016 Copa America finals, Messi and Argentina won the 2021 Copa America, with the legend contributing three goals and four assists as he lifted a trophy for the first time with his country.

Chasing Messi is Bayern Munich and Poland striker Robert Lewandowski. The serial goalscorer would have surely taken home the honor in 2020 had the award not been canceled, and now looks to earn the first Ballon d'Or of his career. The 33-year-old simply continues to score at an incredible rate.

Lewandowksi and Bayern won the Bundesliga but his nomination is due to personal success, as he took down Gerd Muller's German record for goals in a season. Muller's record of 40 stood for 49 years and was seen as unbreakable before Lewandowski scored 41 in just 28 games.

Rounding out the Top 3 is Real Madrid striker Karim Benzema. The French striker has been at the heart of a Ballon d'Or campaign in Spain since the shortlist was announced, with Madrid and their media allies (Marca) pushing for him to win his first. Benzema returned to the France National Team this year, as well, after several years out of the team due to multiple controversies, including a blackmail scandal that haunted French soccer for years. Benzema was found guilty of his involvement in the extortion case on November 24, less than a week before the Ballon d'Or ceremony.

What is the Ballon d'Or?

The Ballon d'Or (Golden Ball) is the world's most prestigious men's soccer honor, awarded every year by France Football magazine. The Ballon d'Or is given to the player, worldwide, judged to have had the best individual season both at club level, as well as for his country.

When is the Ballon d'Or awarded?

The 30-player shortlist for this year's Ballon d'Or was announced on October 8. The Top 3 for the honor and winner will be announced at the 65th annual Ballon d'Or ceremony in Paris on November 29.

Previous winners of the Ballon d'Or 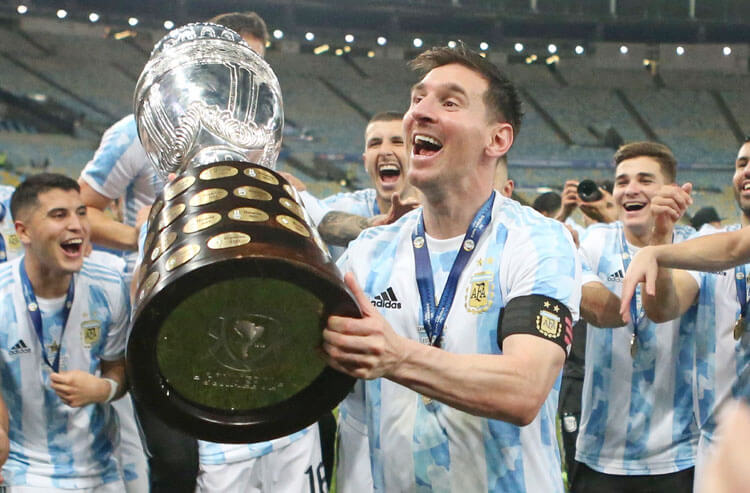