The Genesis Scottish Open is a final chance to prepare for the Open Championship, and this weekend will see a competitive field at The Renaissance Club as a result. Our odds and picks dive into who can win head-to-head matchups and grab top finishes. 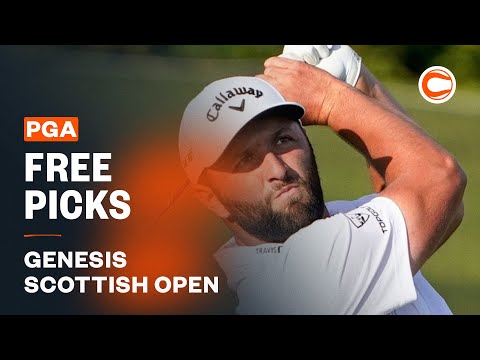 The Genesis Scottish Open will host a strong field of PGA and DP World Tour players at the Renaissance Club in North Berwick this week.

It’s the last chance for a links tune-up before the Open Championship at St. Andrews, and for bettors, it’s another opportunity to dig into the data and find the golfers who can win head-to-head matchups and grab top finishes at this up-and-coming national open.

We break it all down with our Scottish Open odds, picks, props, and matchup best bets.

B) Justin Thomas, Collin Morikawa, or Will Zalatoris to win BOOSTED to +640 (was +540) at PointsBet! Claim Now

The Renaissance Club stats that matter

This is the fourth time for the Scottish Open at the Renaissance Club with Min Woo Lee, Aaron Rai, and Bernd Weisberger taking the first three.

Don’t expect an Open Championship-style slog on this par 71. Min Woo won at -18 and scoring should be similar this year with wind and weather looking pretty benign for Scotland.

The layout is unique with four par fives and five par threes, three of which play over 200 yards. There are also five par fours that can play over 450 yards, but keep in mind that if the conditions are firm and fast the ball will go much further.

Pereira is 10th vs. the field in approach over the last 36 rounds and Conners is 25th. So, both are striking it well, but we think Pereira will make more birdies. He’s first in scoring opportunities over the last 12 rounds, 15th in birdies, and 10th in eagles.

The Over/Under for scoring here is 17.5, so we’re thinking the potential for Pereira to make circles in bunches trumps the bogey avoidance talent for Conners here.

Also, while Conners has been putting better, we’ll take 40th around the greens for Pereira recently vs. 84th for Conners.

We’ll go ahead and bet against Hovland’s short game again. He’s 128th in the field around the greens and 86th in total short game over the last 36 rounds, while Im is eighth and 22nd in those same stats.

Hovland has not had a Top 20 since The Players and his irons, which stayed hot through much of his short game struggles, have also cooled off. Is he weighing a LIV decision too?

Both players are making their Scottish Open debut, but we like the form, skill set, and upside more for Young. He crushes Varner in all the recent scoring statistics, as well as proximity from short-range and around the greens. Young is also first off the tee vs. this field over the last 12 rounds, compared to 67th for Varner.

So, Young is going to be in a position to score more often and he makes a lot more putts inside of 15 feet than Harold does. Like the matchup above, the juice is justified here, and this could be a sturdy parlay leg.

Herbert is first in putting and 10th around the greens over the last 24 rounds and finished tied for fourth at the Scottish Open in both 2020 and 2021. He actually has seven rounds of 67 or better at the Renaissance Club over the last three years.

Herbert hasn’t popped on the PGA Tour recently, aside from 13th at the PGA Championship, but his ninth-place finish at the Irish Open last week has us feeling good about his form. We also like that he’s fourth in both sand saves and scrambling over the last 24 rounds.

Tarren is seventh in par-5 scoring over the last 12 rounds and there are five of those on this course. So, he’s in good form for this course. Why is he 8/1?

Despite playing all over the world, Tarren is an Englishman making his debut at the Scottish Open, and he’s also got some poor driving statistics over the last two months.

We think he’ll actually be more in his element off the tee here and we also like his recent putting and around the greens form. His 31st place finish at the US Open is a bit misleading, because it was the pressure that likely kept him out of the Top 10. He knew how to handle those firm and fast conditions at Brookline.

Niemann has been quiet since finishing third at the Memorial, but firm and fast is where he shines. Recently, he’s been automatic off the tee, gaining one or more shots driving in eight of his last 10 starts.

Plus, if the wind blows, that works in his favor. Niemann is sixth in the field in total strokes gained over the last 50 rounds played in windy conditions, according to Fantasy National.

We’re also liking his recent par-five scoring form and believe he can return to his baseline of gaining a shot or so around the greens following three bad showings in that department. 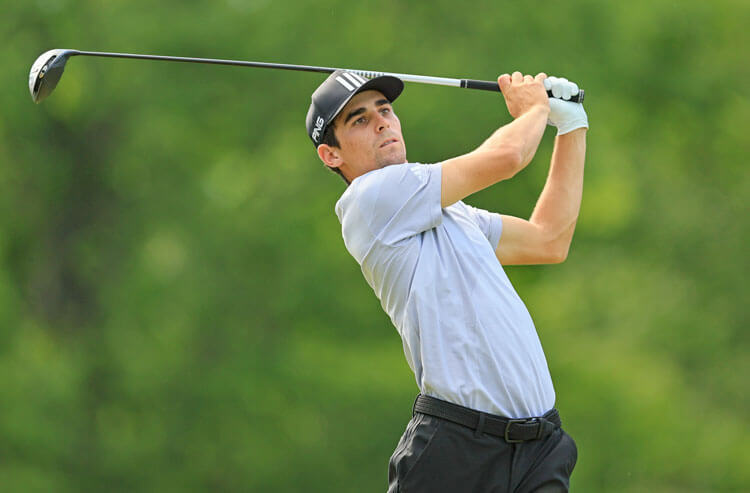