Odds to Win the Sanderson Farms Championship: Sergio Searches For Repeat in Jackson

It's a very tight field for the 2021 Sanderson Farms Championship, with no golfer below 14/1 odds. Sam Burns is the early golf betting favorite but there's plenty of golfers right on his heels — including defending champion Sergio Garcia.

Now that the Ryder Cup is done and behind us, PGA Tour odds are back on the board with the Sanderson Farms Championship.

The second event of the new PGA season tees off this weekend at the Country Club of Jackson and, like the season-opening Fortinet Championship, this isn't exactly a star-studded field.

Nonetheless, here is the first look at the odds to win the Sanderson Farms Championship, teeing off from September 30-October 3, 2021.

Odds courtesy of DraftKings Sportsbook as of September 27, 2021.

It's a wide-open field at the 2021 Sanderson Farms Championship, with the betting favorite being Sam Burns at +1,400. Burns finished T18th in the TOUR Championship last season and the No. 25 golfer in the OWGR posted an eighth-place finish at the BMW Championship before that.

There's a three-way tie for second on the odds board — between Corey Conners, Sungjae Im, and Will Zalatoris — at +1,600.

Conners posted a T8 at the Northern Trust a month ago but has struggled overall, having not posted a Top-10 finish otherwise since the RBC Heritage in April. Im finished third at the BMW Championship but has more missed cuts (five) than Top-10 results (two) over his last 19 events. Zalatoris finished 10th in the FedExCup Playoffs last season and actually played in the Fortinet Championship two weeks ago, posting a T11 result.

The Top 5 is rounded out by Charley Hoffman and defending champion Sergio Garcia, both of which sit at +2,000.

Where is the 2021 Sanderson Farms Championship played?

The Sanderson Farms Championship is played at the Country Club of Jackson in Jackson, MI. The 7,400-yard Dogwood-Azalea championship course has hosted the tournament since 2014. The par-72 parkland-style course was redesigned by John Fought in 2008, boasting small, challenging greens.

Who won the Sanderson Farms Championship in 2020?

Sergio Garcia won the Sanderson Farms Championship in 2020, posted a 19-under 269 to win by one stroke over Peter Malnati.

What is the Sanderson Farms Championship payout in 2021?

The Sanderson Farms Championship will pay out out a purse of $7 million in 2021, with the winner taking home $1.26 million. 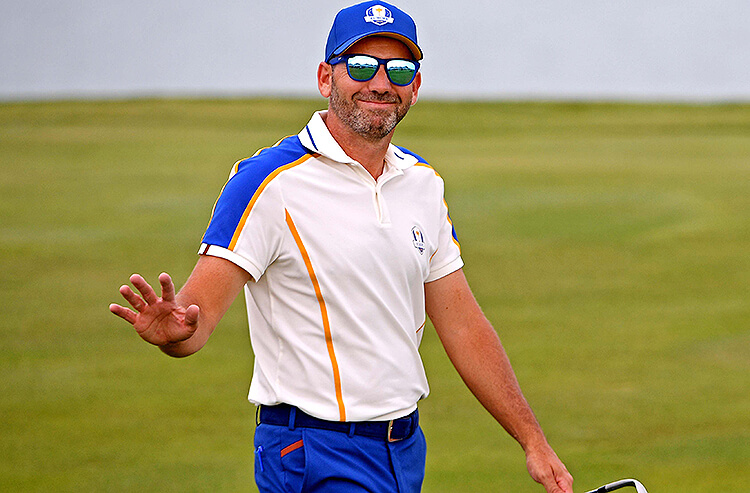 Odds to Win the Sanderson Farms Championship: Sergio Searches For Repeat in Jackson
Provided by