A decent field heads to Sea Island Club to play a pair of short Bermuda courses, where approach shot accuracy and scrambling will be the keys to success. Check out our RSM Classic picks to see where you can find the best value. 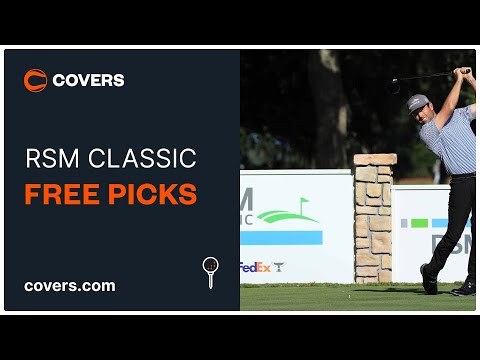 The RSM Classic closes out the calendar year on the PGA Tour this week. A decent field of 156 players will tee it up on the coast of Georgia, hoping to stash a few more FedEx Cup points before the winter break. It was Robert Streb who took the RSM Classic title last year in dramatic fashion over Kevin Kisner and Tyler Duncan who won it over Webb Simpson in 2019. So, we’ll put our units behind experienced and accurate players this week and use a few key stats to narrow down the best plays.

Players who make the cut will play three rounds on the Seaside Course, so that’s the track to focus on for betting stats. It’s a links-style Fazio course with larger Bermuda greens that have historically run quick. At only 7,000 yards, bombers don’t get a big advantage due to an emphasis on position off the tee. So, it’s all about iron play, scrambling and the weather this week. Things could get blustery starting on Friday and continuing through the weekend. Keep an eye on that forecast and the draw before making any bets.

We’ve been telling you Jason Day has turned into Jason Night. He is broken and cannot play four days in a row. So why is he out there again this week? The man has a lot of Christmas presents to buy! Making the cut last week will be Jason’s downfall this week. So, let’s ignore his 12th place finish at RSM last year when he was striking it better and rested after missing the cut at the Masters. Kuchar is a Sea Island guy and is coming off three consecutive Top 40 finishes. He gained 3.3 strokes on approach at the Shriners and 4.1 around the greens at Fortinet. We’ll take him to outplay Day.

Over the last 24 rounds, Henley ranks second in this field in approach play and first in approach on courses under 7,200 yards (like this one). Niemann is 64th in approach play despite a fifth-place finish at Mayakoba. He’ll need a major improvement in his iron play if he’s going to outscore Henley at Sea Island Club. Henley has also outplayed Niemann in windy conditions recently, which will likely be the case this weekend on the coast.

Mito Pereira continues to ride a wave of hype from the public and the oddsmakers despite no elite results on Tour since the summer. He’s playing tournament after tournament with odds that suggest win equity, but not even sniffing the Top 20. Long is a much hotter player coming off an 11th place finish at Houston that was nearly a win. He continued his hot putting streak and now ranks 10th in this field in recent scrambling on Bermuda. Plus, course history is important this week and Mito is making his debut while Long has two finishes in the 30s at Sea Island.

This is the Robert Streb bowl to begin with and now Strebber is coming off a low-key seventh-place finish at Houston and ninth at CJ Cup. It may be square to back last year’s winner, but we don’t need him to win. Streb has been putting beautifully, gaining multiple strokes in three consecutive events and he also was a machine around the greens in Houston. Five of the last six winners of the RSM have ranked Top 5 in scrambling. Streb is the third-best scrambler in this field over the last 24 rounds and second best when scrambling on Bermuda.

A short Bermuda course and a streaking Denny McCarthy? Sign us up! Denny ranks fifth in this field in recent scoring on Bermuda courses under 7,200 yards and he’s coming off back-to-back Top 20 finishes. He’s also a Top 5 Bermuda putter in this field. We’re getting good value at +450 likely due to a mixed bag of course history for Denny but there’s no reason to think he won’t stay in form and cash another phat check this week.

If Mac Hughes wasn’t Canadian, we’d have 11 American winners in a row at the RSM. Sure, there are international heavy hitters like Louis, Niemann, Smith and Scott near the top of the odds board, but this is a tournament where local knowledge has always mattered. Plus, there are just a lot more American players that are in good form and have been playing more golf during the Fall. Considering all that, -162 is actually a good value. Not a big bank roll guy? Do it the American way and parlay it with your favorite NFL game. 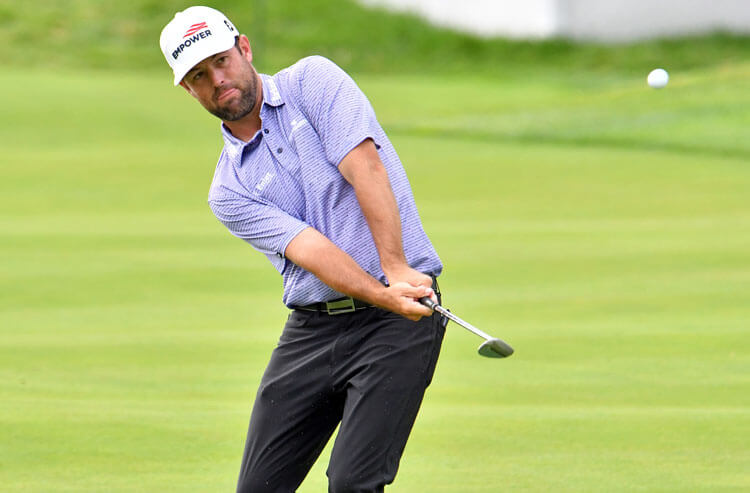 Sentry Tournament of Champions Picks and Predictions: Knocking Off The Rust at Kapalua
Tour Junkies | Jan 5, 2022