After a fun Masters week, the Tour returns to its regularly-scheduled programming with a stop at Harbour Town for the RBC Heritage. We break down the field and a plethora of valuable betting options, including a juicy Top-10 head-to-head matchup. 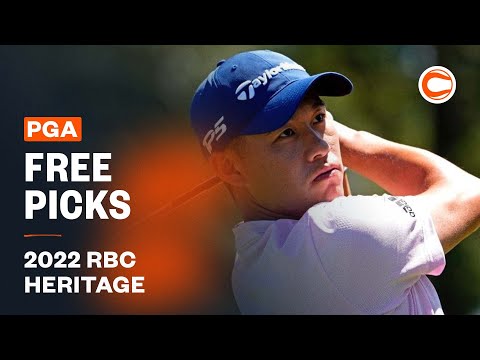 The PGA Tour heads to Hilton Head Island, South Carolina this week for the RBC Heritage and the field is a total dime piece relative to years past! We’ve got half of the OWGR Top 10 showing up to tame this unique Pete Dye design.

We’ve played this course multiple times and we’ve been watching it since the early 2000s. It has a history of long shot winners, first-time winners, and repeat success for veterans. However, given the field strength for 2022, the longshots could have a tough time taking down the likes of Justin Thomas, Collin Morikawa, Dustin Johnson, Cameron Smith, and Patrick Cantlay.

A) Dustin Johnson, Shane Lowry, Daniel Berger, and Joaquin Niemann all to make the cut BOOSTED to +140 at DraftKings! Claim Now

B) Collin Morikawa, Shane Lowry, or Sungjae Im to win outright BOOSTED to +700 (was +600) at Caesars! Claim Now

Harbour Town Golf Links is an interesting coastal course. It’s extremely tree-lined and requires artistry over strength and power. You’ve got to find yourself on the right side of the fairway here as you approach these peckish, Bermuda greens. The first time I played it, I hit the left-center of the fairway perfectly…so I thought…I was then forced to try and cut a wedge around a tree to approach the green. It didn’t go well.

Harbour Town has one of the lowest average driving distance numbers on the PGA Tour as guys club down and typically try to play to the same spots in the fairway. These greens are tough to hit as well with one of the lowest GIR% numbers on Tour. This place is about proper placement off the tee, excellent iron play, and then making putts on these Bermuda greens.

Harbour Town is a place that rewards experience more so than some of the regular stops on the PGA Tour. This will be Niemann’s second appearance, with his first being in June of 2020 coming off the COVID suspension. The golf course played much differently in June than it does in its typical April spot. Counting a 2020 appearance is almost like having no appearances for Niemann.

On the flip side, Kevin Na’s first appearance here came when Niemann was a 5-year-old. I’m not kidding. Don’t sleep on the veteran that has seven Top 20s here in 14 starts with only four missed cuts. And it’s not like Na isn’t playing well. In fact, did you know he led the field in strokes gained approach (the most important stat every week) last week at Augusta National according to DataGolf?

I’m not fully convinced that Webb is 100% healthy at the moment despite a decent finish at the Masters. He is THE course horse here at Harbour Town but I’d love to see better ball-striking form coming into the week from Webber.

Mav, on the other hand, is coming in hot and rested. This kid is so close to his first PGA Tour victory. And in two appearances here at Harbour Town, he’s gained over 10 strokes putting and finished fourth in 2021. He’s a fantastic iron player but has been dependent on the putter cooperating somewhat. I like the putting mojo from years past here as he arrives this week to couple with the already-hot irons. I’ll take the young kid striping it against the less than 100% veteran at plus money.

While we usually stay away from betting Top-10 players in head-to-head matchups, this one was too juicy with Morikawa getting plus money over JT. Both men are playing well at the moment, yes. However, Morikawa just feels like the “closer” at the moment whereas JT just can’t avoid the bad nine, or bad round, or bad stretch.

This is JT’s first trip to Harbour Town in April since 2016. Morikawa was in the final group last year trying to chase down Cink on his way to an eventual T7. JT hasn’t seen this place play like it will this week since 2016. Morikawa is one year removed, and over the last 12 rounds, the putter is heating up. The putter is always the question mark, but he’s gained strokes putting in three of five starts so far in 2022.

Irishman Shane Lowry is checking literally every possible box this week. He’s got a ninth and third-place finish at the RBC Heritage in the last two held in April. He’s coming off a T3 finish at the Masters, and his finishes in 2022 also include a near win at the Honda and two Top 15s at The PLAYERS and Valspar.

His game is firing on all cylinders from his iron play to his short game and putting. He’s as automatic as they get for a plus money Top 20 at Harbour Town.

Similar to Shane Lowry, Alex Noren is checking all the boxes so far in 2022. He’s gained over 15 shots on approach in 2022 with three Top 12s. He also fancies Harbour Town given he’s never finished worse than T28. His short game has always been solid, but it seems as if his ball-striking has been awakened. He’s got three Top 20s in his last five starts. We both love Noren outright and find the +220 rather appealing for a finish inside the Top 20.

Matt Nesmith is a South Carolina kid that played his college golf at USC in Columbia, SC. Harbour Town is a place he’s familiar with and a place he’s had some early success in his young PGA Tour career. It’s always been about the putter with NeSmith as he’s been an excellent iron player statistically since he arrived on the scene.

In his two starts here, he’s gained over 10 strokes on approach, but lost over 4 total on the greens leading to some middle-of-the-road finishes. However, the putter seems to be trending with Matt as he’s gained strokes putting in his last two events. He gained on some grainy Florida Bermuda greens a few weeks ago at the Valspar when he narrowly missed the playoff with Davis Riley and Sam Burns. Matt has now felt the heat late on a Sunday, and we love that for his next event out.

He’s comfortable here. He’s hitting it well. The putter is trending. And, he’s arriving with a confidence that comes when a young guy contends late on a Sunday on the PGA Tour. It’s a bomb number for a Top 20, but a risk we’re willing to take. 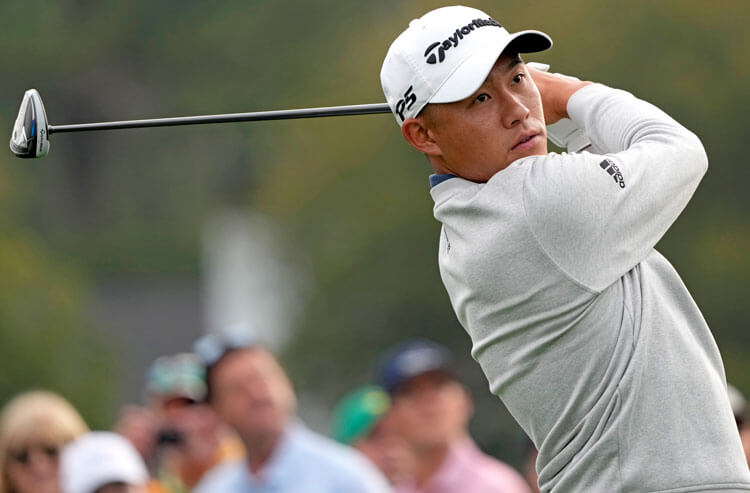