The Tour heads back to Muirfield Village for one of its calendar staples — the Memorial Tournament. We break down the field and highlight the most valuable golfers, including a finally-healthy Patrick Reed on his favorite surfaces. 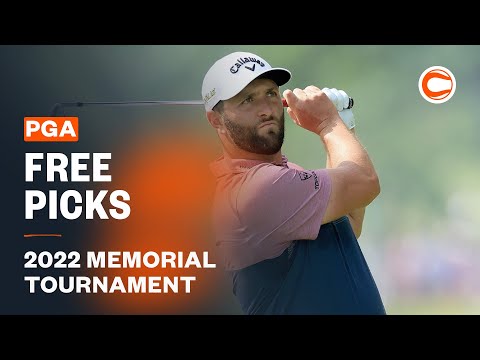 Sam Burns and Scottie Scheffler are staying home but many of the world’s best players will make the trip to Jack’s place for the Memorial Tournament odds.

Favorites to win include Patrick Cantlay, Rory McIlroy and Xander Schauffele, but much of the attention will be on Jon Rahm as he looks to avenge a six-shot lead that was stolen from him by a positive COVID test last year.

As always, we’ll find our best betting values on the head-to-head matchup and top finisher boards.

If you're signing up for a new sportsbook for the Memorial Tournament, here are two of the best bonuses* available:

Muirfield plays 7,500 yards but it only plays around 7,200 with the elevation changes. The Par 3s are challenging while Par 5s are gettable but not easy. We’re also hearing the greens are already firm and the rough is up on Monday.

So, with plenty of bunkers and trouble also in play, you can expect difficult scoring once again at Jack’s place. It’s going to take a combination of dialed-in irons and good around-the-greens play, bunker skills, and Bentgrass putting to contend at Muirfield this week.

It’s hard to make a case for Jason Day shuffling in here with his busted approach game and beating one of the hottest players in the field. Day has lost four shots with his irons in each of his last two events and there’s no reason to think he finds them here.

Chris Kirk is coming off fifth at the PGA and 15th at the Schwab. He is positive in every strokes gained category over those two events. Plus, Bentgrass is his best surface and he’s 10th in the field in scoring opportunities over the last 36 rounds. Jason Day is 103rd.

Hadwin is much better around the greens and that could be important this week. He’s also 54th in bogey avoidance vs. 76th for Jhonny.

Vegas has much better Par 5 scoring numbers, but these Par 5s require around the greens skills to score. We also like that Hadwin is hitting fairways twice as often and is 10th in the field in sand saves vs. 69th for Vegas.

Cam has an advantage over Spieth in recent bogey avoidance and scoring opportunities gained. Smith also can putt while Spieth ranks 107th in putting over the last 36 rounds vs. this field. 107th? There are only 119 guys in this thing!

We try not to get overly invested in putting but if you’ve watched Jordan and Michael on the greens recently, then you know there’s a real problem. Cam is a course history dog in this matchup with Spieth having greater success through the years at Muirfield, but we’ll take the Aussie and his flat stick this time.

Cam Davis loves to putt Bentgrass and he’s been flashing some very solid numbers recently. Finishing third at RBC, 48th at the PGA, and seventh at Charles Schwab, Cam gained strokes across the board. He’s been particularly good around the greens and rolling the rock, but he also gained 3.2 strokes on approach last week.

We’ve got a difficult golf course this week and that’s where Herbert does his best work. Over his last 24 rounds played in difficult scoring conditions, Herbert is 22nd vs. the field in total strokes gained, first in short game, eighth around the greens and fourth in putting. He has been losing shots on approach recently but we think he can scramble his way around here.

Plus, Lucas came in with some dookie irons last year then gained a stroke on approach at Muirfield Village on his way to a tie for 18th.

Guess who walks like a duck and talks like a duck when it comes to playing good golf on hard courses with Bentgrass greens? Reed had the lead for a bit at Charles Schwab and seems to be rounding into form again while looking less round himself.

So, it’s possible that Reed is healthy and has been quietly building toward one of his signature party crashings at a big event like this one. Patrick gained 3.5 shots with his irons last week and 5.2 on approach at the PGA Championship. He even gained off the tee last week after ditching his PXG driver for an old faithful.

Plus, his around the greens numbers have been great as always and he’s finished inside the Top 10 at the Memorial each of the last two years. He's also highlighted in our outright predictions lineup. 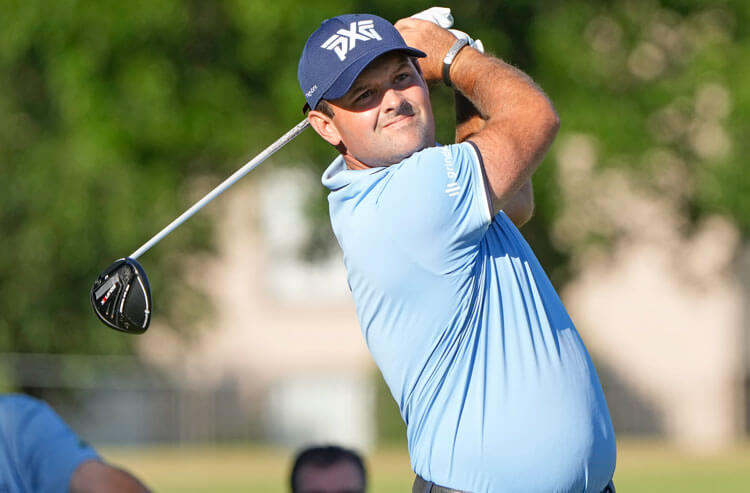