The PGA Tour continues its run in Las Vegas this week at the CJ Cup, a no-cut, 78-man field event. The debut of the Summit Club will favor the heavy hitters, as Tour Junkies details in our picks and predictions. 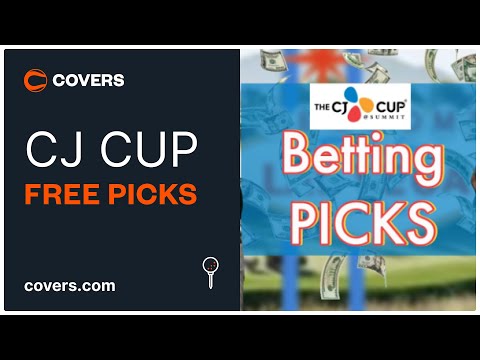 The PGA Tour continues a Vegas run this week at the CJ Cup.

Most of the tour's stars will be involved this weekend, with Xander Schauffele, Justin Thomas, Dustin Johnson, Colin Morikawa, and Jordan Spieth occupying the top of the CJ Cup odds board and closely followed by a number of other high-profile golfers.

Not only will the field lead to competitive golf all weekend long, but the format too, as it's a no-cut, 78-man field event at the pro-friendly Summit Club.

Want a full course preview? Head over to Tour Junkies for more intel, and keep reading below for our full CJ Cup picks and predictions.

The Summit Club is a Tom Fazio-designed course and one that shouldn't be a difficult test for tour players. The lush, park-land style resort club is right down the street from the Vegas strip. It's a course that will be friendly to the tour's bombers, with wide fairways, and has four reachable par fives and three drivable par fours.

There are a number of factors to consider when betting on the CJ Cup at The Summit Club:

This line has quickly flipped, after opening with Morikawa as a -118 favorite. We’re seeing similar shifts in other Morikawa matchups. Why is he a sharp fade? Morikawa may be a member at the Summit Club and holder of the course record, but he hasn’t played well since winning the Open. Typically a top ball-striker, he’s losing strokes on approach and off the tee every week along with poor putting. We'll ride with JT, who ranks first in eagles gained over his last 50 rounds and has gained multiple shots on approach in four consecutive starts.

Brooks always has a great time in Vegas, and somehow manages to squeeze in some golf.  However, Koepka lost strokes everywhere last week on his way to a T-67 at Shriners. Yes, he is a previous CJ Cup winner, but that was at the Nine Bridges. Scottie Scheffler had an outlier week at Shriners, losing five strokes tee to green & three strokes around the greens. A bomber's paradise is where Scottie can get it right. This is another case of sharp line movement, after Koepka opened as the -120 favorite.

Scott in a no-cut? Sign us up. He gained over four shots on approach at the Shriners and actually gained a few putting. Those deadly irons should stay deadly enough to beat Patrick Reed, who is one of our fantasy fades this week. The bad form continues for Reed after the illness, and this course wouldn’t be his style even at the best of times. Reed’s a scrambler, not a bomber.

Let’s not jump off the BDV bus after one bad week.  He’s a big hitter who can light this place up if the putter cooperates enough. You can expect Hovland to go long in those big fairways and create a ton of birdie/eagle opportunities. Worried about the Vegas factor for the young stud? We’ll blame his T-44 Shriners finish on losing nine strokes around the greens. It was the worst ARG performance of his career, but he gained 5.3 strokes on approach. Hovland shouldn’t need his short game so much at The Summit Club.

New dad swag would only be gravy on top of the boxes that HV3 checks. Bent is his best surface and he’s also been in great recent form, with four consecutive Top 20s. He did gain a lot of strokes putting at Sanderson and Fortinet, but the approach game makes us think Varner is trending up. His two recent 11th place finishes may have been Top 10s, had he not lost 3.7 and 12.5 strokes to the field missing fairways. He’ll find more short grass on this course.

These are juicy odds for Davis after a few mediocre finishes. We’ll blame those on course fit and note that he won a birdie-fest with gettable holes in July at the Rocket Mortgage. Last week, it was the Bermuda greens that kept Cam from finishing better than 27th. He lost 1.6 strokes-putting while having his best approach week since the win. Bent is the only grass he can putt, so it all sets up for Cam to outplay the likes of Smith, Scott, Leishman, and Day here. 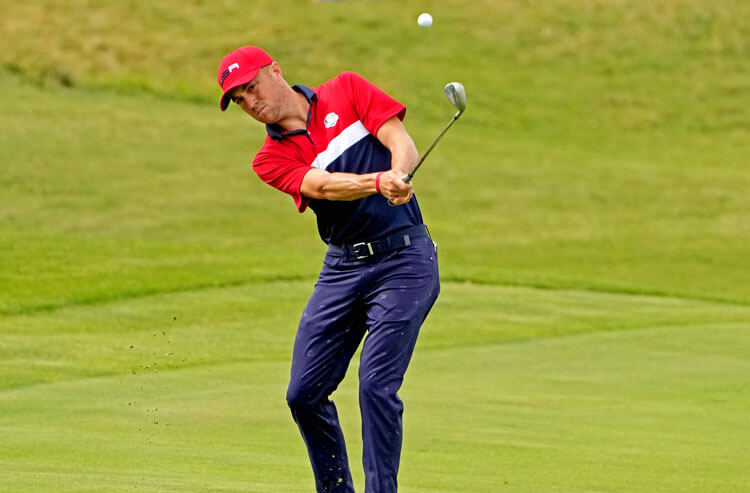 The PGA Championship Field: Favorites, Sleepers, Long Shots, and More
Chris Gregory | May 16, 2022
About Us
Contact Us
Careers
Our Team
Brand
Testimonials