The PGA Tour returns to Texas for the AT&T Byron Nelson at TPC Craig Ranch. Length off the tee will be crucial at this wide-open track — pointing us towards Cameron Champ, Jhonattan Vegas, and an unassuming Englishman. 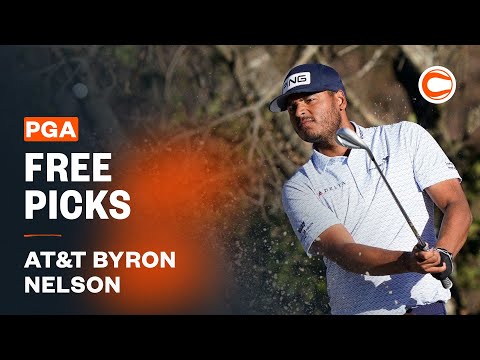 We’re going back to Texas for the AT&T Byron Nelson odds at TPC Craig Ranch.

Scottie Scheffler, Dustin Johnson, Justin Thomas, Jordan Spieth, and more world elites will be teeing it up looking to gain momentum for the PGA Championship next week, creating some big-time value lower down the board.

As usual, that’s where you’ll find the Tour Junkies. Let’s dig into our favorite bets from the head-to-head matchups and top finishers markets.

This should be a birdie fest. TPC Craig Ranch is a Par 72 with the wind as the only defense. The ball will sit up on the zoysia grass, making approach shots a breeze, while the wide fairways and absence of much trouble will forgive players who are wild off the tee.

Only six courses on Tour have wider fairways. Plus, the rough at TPC Craig Ranch is not very penal. This gives bombers an advantage along with the ball not rolling out as far on the spongy zoysia. One stat that we really don’t care about this week is scrambling. Since 2015, this course ranks eighth easiest for finding greens in regulation and second easiest for strokes gained around the greens.

Simply put, Mav should make more birdies than Kokrak this week.  He’s 45th in the field in scoring opportunities gained over the last 24 rounds and seventh in birdies.

Kokrak ranks 69th in opportunities gained and 78th in birdies over that same span. Scoring equals success at TPC Craig Ranch, so we’ll follow the early money on McNealy that quickly moved this line from -110 to -120.

Niemann drastically outranks Scott in recent scoring stats. This includes being fifth in the field in eagles gained over the last 24 rounds vs. 54th for Adam. Both players have played long Par 3s well recently but Niemann has a big advantage in Par-5 scoring, which will be critical with several reachable in two at Craig Ranch.

While Scott is normally a great ball-striker, his approach game hasn’t been so good recently. He ranks 42nd in the field in strokes gained approach over 36 rounds vs. 15th for Niemann. Scott is the better Bentgrass putter, but Niemann should be hitting it closer to the cup.

Maybe the oddsmakers missed the weekend at Wells Fargo because Jason Day stunk on Saturday and wasn’t so good on Sunday either.

The former World No. 1 still has the game to jump out to an early tournament lead, however, Day has not been able to get through four quality rounds since Torrey Pines in January. Give us Vegas who is sixth on approach over the last 24 rounds vs. 66th for the Australian.

We also love the distance advantage for Vegas as well as his Par-5 scoring potential. Vegas leads the field in Par-5 scoring over the last 24 rounds vs. 22nd for Day.

A triple bogey on Sunday kept Champ out of a playoff with Jon Rahm in Mexico, and his previous start was a 10th-place finish at Augusta National. Champ is back, and this bomber's paradise is a great fit for him — as explained in this week's outright predictions.

He leads the Tour in driving distance and there won’t be much trouble or rough for him to contend with at TPC Craig Ranch. What was most exciting about his Mexico performance was the putting. He's not known for his flatstick but that thing was flashing at Vidanta Vallarta.

We normally don’t just trail a little hot putting but if Cam is actually getting his whole game together, then look out!

This number feels juicy for a guy who finished third at the Byron Nelson last year. We may be getting more juice due to back-to-back missed cuts for the fittest man on Tour, but looking at the strokes gained stats, you can see it was the putter that slammed Stalling’s trunk.

While he was bleeding on the greens he was actually gaining 3.1 strokes on approach at RBC and 2.2 at Mexico. Stallings did come into Craig Ranch in better putting form last year, but then he gained an unheard-of 8.1 strokes on the greens. Here’s his opportunity to right the ship and we’re here for the 5/1 payout.

Tarren may be the 425th-ranked player in the world but he is the bombiest bomber on the list of Englishmen in the field this week. Callum ranks ninth in the field in driving distance over his last 50 rounds while the next longest is David Skinns at 40th. Tarren also ranks 40th in the field in scoring opportunities over the same span and eigth in eagles.

That makes 13.5/1 a very appealing number considering he’ll only need to outscore a few short-knocking wankers like Ian Poulter, Danny Willet, Lee Westwood, and iron-coverer Aaron Rai. We also think he has a great chance vs. the favorite in the Englishman market, Tommy Fleetwood.

Tommy lad ranks 117th in this field in scoring opportunities gained over the last 36 rounds and 75th in approach. Those are not stats you want to have heading into a birdie battle. 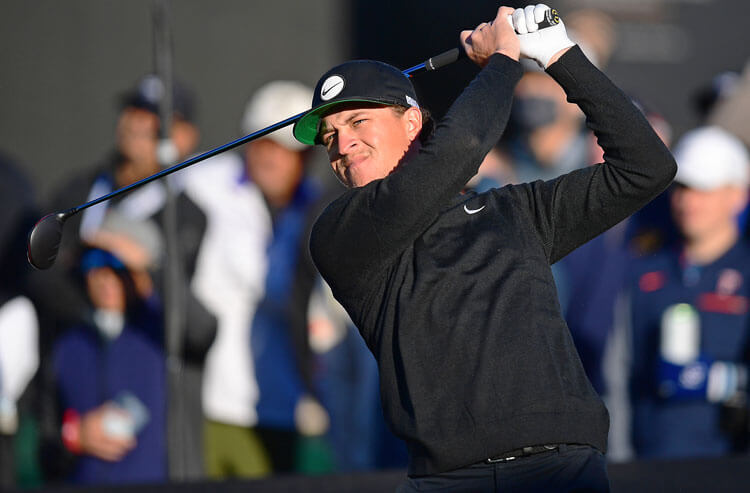