With a lighter field teeing it up this week for the Amex, we're highlighting some guys that could make a splash this weekend, including more success for Abe Ancer at PGA West and the potential Scottie Scheffler breakthrough we've all been waiting for.

After a quick vacation to Hawaii, the PGA Tour is back on American soil, where a relatively light field will tee things up for the start of the West Coast Swing at the American Express.

While playing three different courses this weekend, it's harder to handicap for each track, but Bermuda putting, tournament history, and strokes gained approach will be as crucial as ever, as it usually takes a low number to win here at the Amex.

For now, we've selected three guys you should be keeping your eyes on this weekend.

USA: Scottie Scheffler and Corey Connors both to finish Top 20 (inc. ties) in The American Express BOOSTED to +330 (was +270) at FanDuel. Claim Now

Among the favorites: Scottie Scheffler (+1,800)

While Jon Rahm (+600) and Patrick Cantlay (+800) might be the two best golfers walking the planet right now, Scottie Scheffler (+1,800) feels like the best value among the three guys at the top of the odds board. It's really hard to justify backing the top dogs at such short odds and Scottie is coming in with form that's just as good, if not better, than that of Rahm and Cantlay.

How Scheffler has yet to secure a win on Tour is hard to wrap our heads around, but while that first win has eluded him, he exited 2021 in absolutely scorching form. He closed the year with three Top-4 finishes in his final four starts, including runner-up finishes at the Hero World Challenge and Houston Open.

In those two runner-up finishes, he gained nearly 3 strokes per round on the field including a whopping 9.2 strokes in Round 2 of the Houston Open. He's always had this talent but has been lights out since the Ryder Cup.

While he missed the cut here last year, he held a 54-hole co-lead alongside Andrew Landry in 2020. He ended up finishing solo third, losing by three strokes, after only a 2-under 70 in Round 4. Despite the mediocre final round, Scheffler gained nearly 3.5 strokes per round on the field.

If nothing else, here's what we know: Scottie Scheffler is a ticking time bomb. Once he secures that first win, he might start winning 2-3 tournaments every year. With only a couple of juggernauts in a relatively lighter field this week, it may be the perfect time for Scheffler to finally break through.

Ancer enters the week in a bit of a rut after T35 and MC finishes at the Sentry and Sony Open in Hawaii, but if there’s one place that would set him up perfectly for a bounceback, it’s at The American Express. He's on the board this week at +2,500.

He finished T18 here in 2019 but followed that up with a runner-up in 2020 and a T5 finish in 2021. Per Justin Ray, he holds the best cumulative score over the last three years at this event and is four shots better than anyone else over that stretch (-55). He also ranks fourth in birdies during that time.

What else do we know about PGA West? It’s a Pete Dye-designed property. You know who leads all Tour players in Strokes Gained over his last 24 rounds on Pete Dye courses? You guessed it: Abraham Ancer.

While it may be hard to look past his mini-slump to start the New Year, few play better at PGA West than Abe.

When you start looking further down the odds board, there are a handful of names that stand out, but there may not be a better longshot pick than Michael Thompson.

Thompson has been around for over a decade and he's entering the week in a much better spot than his OWGR No. 152 ranking might suggest.

He played well to close 2021, highlighted by a T5 finish at the Sony Open last week and has also seen some previous success at the Amex that would lead us to believe another strong week could be coming down the pipeline.

He's finished inside the Top 10 twice at the Amex since 2019, including a T5 finish last year, where he gained nearly 2.5 shots on the field per round, including almost a full shot around the greens.

Most recent winners at the Amex were guys who played, if not played well, during the Hawaii stretch. Thompson did just that and has some strong tournament history to pair with it. At 66/1, he's worth a look this weekend in Palm Springs. 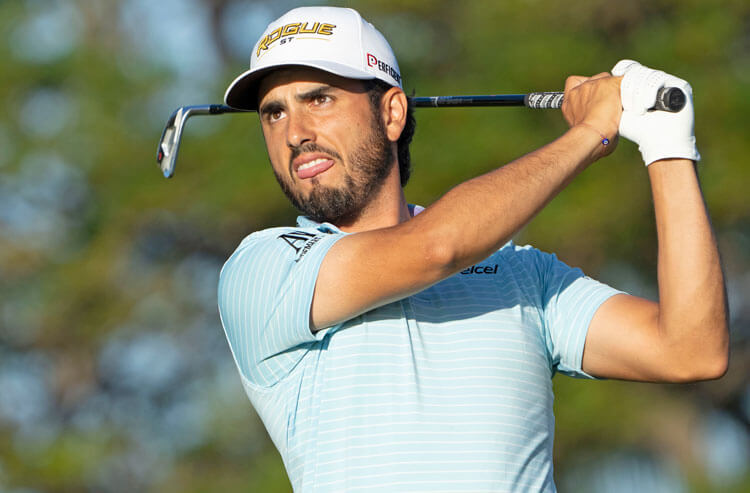 PGA Championship Round 3 Odds, Picks, Predictions: Thomas Takes Over, Zalatoris Stumbles
John Reger | May 20, 2022
About Us
Contact Us
Careers
Our Team
Brand
Testimonials