With a weak post-major field on deck for this week's 3M Open, there's a ton of value to be had down the board. We break down the keys to success at TPC Twin Cities and highlight some guys who fit that mould — most notably Matthew NeSmith and Davis Riley.

Rory came up short again, Cam Smith might be LIV bound, and Tiger Woods crossed a small bridge at The Old Course. None of that matters this week as we move on to Minnesota for the 3M Open odds at TPC Twin Cities.

We love weeks like this where longshots can shine on a course that allows for plenty of fireworks. In fact, the last three winners here were all north of 100/1 and we see many names on the board that could continue this trend.

So, let’s embrace this eclectic field and find six solid plays to wager on from the head-to-head matchups and Top-20 finisher markets.

If you're signing up for a new sportsbook for the 3M Open, here are two of the best bonuses* available:

A) Michael Gligic to finish inside the Top 20 BOOSTED to +380 at Caesars! Claim Now

B) Rickie Fowler to finish inside the Top 20 BOOSTED to +250 at BetRivers! Claim Now

Ball-striking is going to be important, as is a hot putter to keep up in what will likely be a birdie-fest. Only 10 other courses on Tour have played easier since 2015 and TPC also has the highest greens in regulation percentage on Tour since 2015.

TPC also has the 10th highest percentage of fairways hit due to their width and ranks in the Top 10 of all regular Tour stops since 2015 for average driving distance.

So, you can let it rip at TPC Twin Cities, but you can’t be too far off the mark, because this place also ranks Top 10 on Tour in penalty strokes due to the defense of water hazards that come into play on at least 14 holes.

Todd is a great long-term Bentgrass putter but Hardy has the higher upside this week after finishes of 14th at the U.S. Open, eighth at the Traveler, and 30th at John Deere.

Note that the Todd Father converts a ton of those few scoring chances he creates and avoids a lot of bogies too, but he still can’t keep up with Hardy in a birdie-fest.

We should be paying more juice on this one but J Day is still a name and the narrative is still that Rickie stinks. Fowler ranks 50th in recent scoring opportunities vs. 96th for Day, a once great ball-striker who has lost more than 3.5 shots on approach in four straight events.

Rickie actually ranks 39th in approach over the last 24 rounds and 13th in DraftKings points vs. 89th and 33rd for Day. Fowler played decently at the Scottish Open and finished 34th at the 3M last year with a hot putter and not great ball-striking. He’s hitting it better now and you know his putter can come to life at any time.

Rickie will see an opportunity while Jason Day will just be trying to stay upright for four days. The former World No. 1 has only one sub-70 round on a Sunday in 2022.

A guy with Top 10 OWGR potential in his future vs. a borderline PGA jobber? Give us Riley who is second vs. the field on approach over the last 24 rounds vs. 131st for Hadwin. Riley is also 18th in DK points, seventh tee to green, 26th in scoring opportunities gained, and 16th in birdies or better.

Hadwin has actually made quite a few eagles, but otherwise around the greens play is really all he’s done well and the line may be skewed by his U.S. Open performance. The 3M will play nothing like a U.S. Open.

It feels risky to back a debutant against a guy who has finished T6 and solo-fourth in his last two tries at 3M, but we’ve got some Matthew Wolff breakout win-type vibes with Riley this week.

Ranking 11th in the field from tee to green over the last 24 rounds and 14th in approach means NeSmith should get another hefty direct deposit from the Tour next week. He comes in off a missed cut while out of his element at the Scottish but we’ve seen him finish well recently in watered-down fields, birdie fest-type events like this.

We don’t love the two missed cuts here at the 3M but he did also miss the cut at the Travelers both times where he was 12th this year. Also worth noting is that NeSmith is fourth in good drives gained and ninth in greens in regulation over the last 24 rounds. If that continues, he can score here.

Gligic has all the numbers you want to see for a Top 20 at this event. He’s 17th in DK points, 12th in putting and 17th off the tee vs. the field over the last 24 rounds. He’s also 21st in birdies or better gained and 13th in eagles over that span. Plus, he ranks in the top third of the field for driving distance and good drives gained.

This will be Michael’s third go at the 3M where he has finished 26th and 49th previously. He’s in better form this year and happens to have a red-hot putter right now. He’s gained an average of nearly five strokes on the greens over his last three tournaments.

This feels like the wrong price for Cook who has two Top-16 finishes plus a 27th at the Barbasol over his last four starts. His putter is in great form, he’s gaining strokes on approach, and is generally playing better than when he missed cuts here in the past.

He’s not a bomber but it won’t hurt him here since he’s 24th in recent fairways gained and 10th in scoring opportunities plus 37th in birdies or better. Austin also ranks 17th vs. the field for long-term Bentgrass putting. 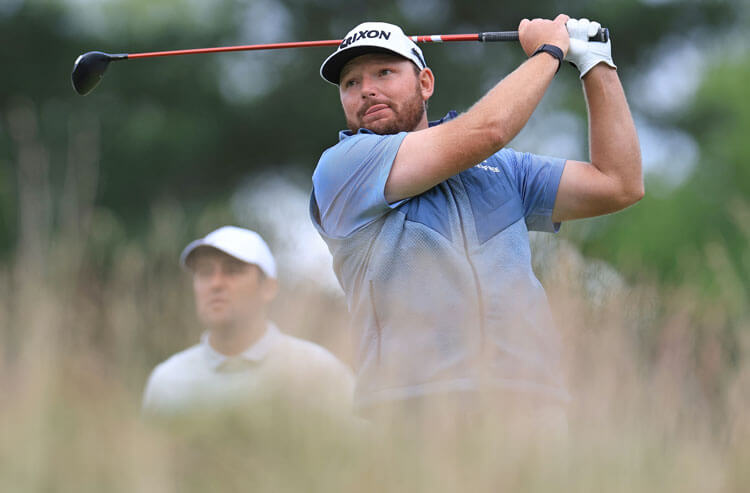