Golf's best meet in Japan to compete for Olympic gold. We look at the odds and our best bets for men's and women's gold.

Some of the biggest names in golf will compete for Olympic gold at this year’s Summer Olympics in Tokyo. The men’s field will feature seven of the Top-20 golfers globally, with No. 3 Collin Morikawa representing the United States and leading the pack with Olympic golf odds of +700 to capture the gold. On the national side, it's Morikawa's Americans who are favored to win gold as Team USA boasts the Top-3 golfers on the odds board after a couple of big names were recently forced to withdraw.

The loaded men’s draw has four different nations sending a golfer ranked in the Top 20 globally, giving them great Olympic medal odds. The United States sends three Top-6 golfers in Justin Thomas, Collin Morikawa, and Xander Schauffele, as well as Patrick Reed, who is No. 13 on the Official World Golf Ranking. Reed is replacing Bryson DeChambeau, who is out after testing positive for COVID-19.

The pre-tournament favorite, Jon Rahm, also had to withdraw due to another positive test for COVID, which knocked him out of the Memorial in June while he was ahead with a big lead. Losing the No. 1 golfer is obviously a huge blow to Spain, which is down to one player in Adri Arnaus (+11,000).

Ireland (Rory McIlroy), Norway (Viktor Hovland), and Japan (Hideki Matsuyama) all have legitimate chances at taking home the gold as well at the 72-hole tournament at the Kasumigaseki Country Club.

World No. 3 Morikawa leading the pack

With Rahm out, Morikawa is the new favorite to win gold in Tokyo. Morikawa has been on a great stretch and goes into the Olympics fresh off a victory at the British Open. He placed fourth at the U.S. Open before that and was the runner-up at the Memorial.

McIlroy gives Northern Ireland a chance at a medal

The No. 11 player in the world, Rory McIlroy, has six Top-10 finishes in 2021. The tour’s second-longest driver will be playing in his first Olympics as he skipped 2016 in Brazil. McIlroy’s 1.74 putts per hole ranks 159th on the PGA Tour.

US chances for men’s golf medal

The U.S. is sending one of the best four-man teams in golf history. It’s not a matter of if they will win a medal, but how many? Collin Morikawa, Justin Thomas, Xander Shauffele, and Patrick Reed all have a legit chance to win gold at Kasumigaseki Country Club.

DeChambeau is ranked as the No. 6 golfer globally and was the lowest-ranked American on this loaded U.S. golf team before he had to withdraw. Even with Reed at No. 13, the Americans are sending four Top-15 golfers to this event.

Canada’s chances at a medal for Olympic golf

Canada will send a pair of men’s golfers in Corey Conners (+2,500) and Mackenzie Hughes (+6,000). Conners has seven Top-10 finishes this year, with two coming in majors, but he comes in a little cold, failing to make the cut at Torrey Pines back in June and in Scotland on July 9.

With such a loaded field, it feels like a major tournament. With the format being familiar to the athletes, the best should shine at the Olympics. But we are suckers for a good storyline, and Hideki Matsuyama (+1,200) is one of the best of the Tokyo Olympics. The Japanese golfer is the No. 18 ranked golfer globally and won the Masters back in April. He is one of Japan’s most prominent star athletes, and the focus he brings to Tokyo will likely be sharp. 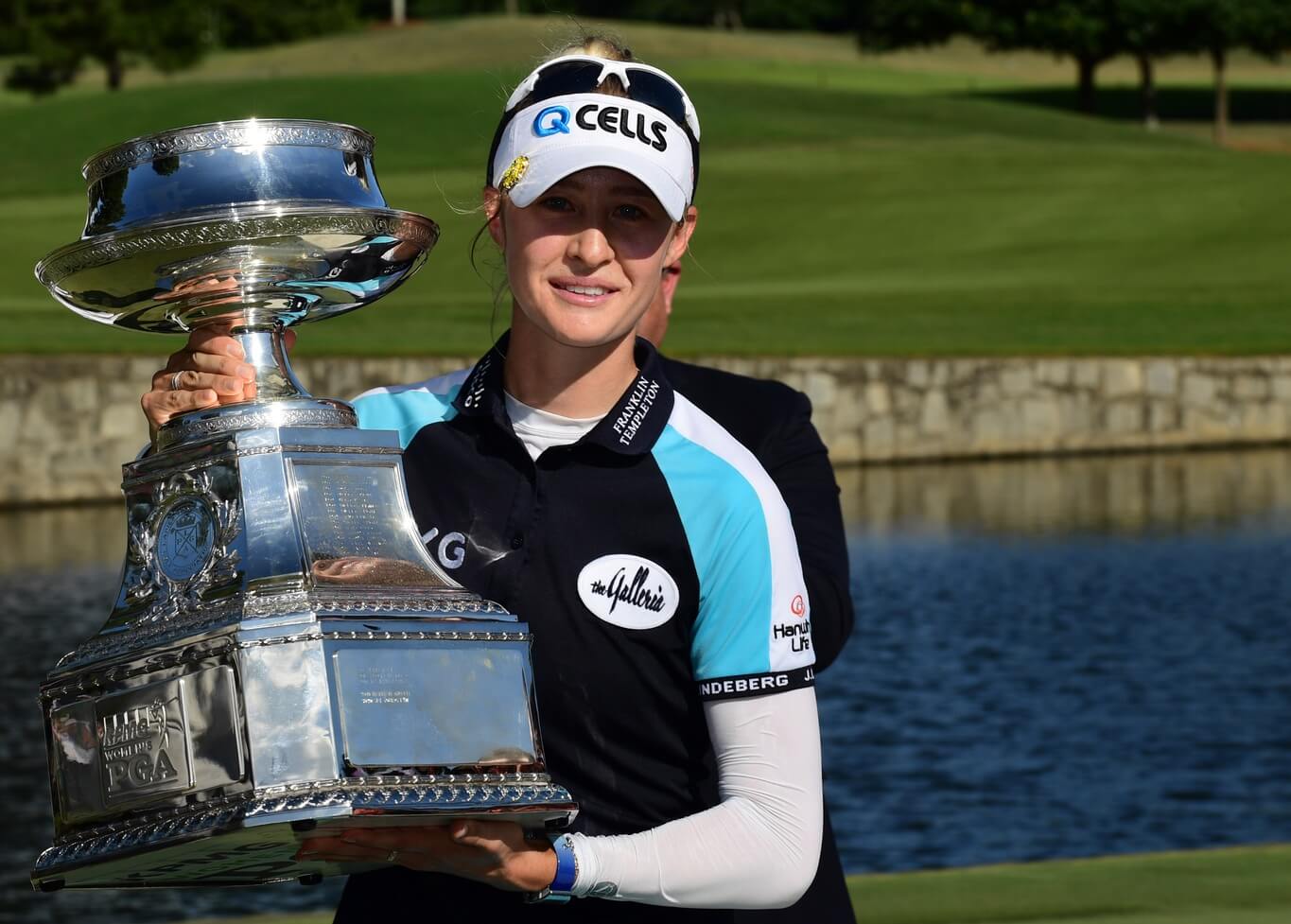 Rio winner Park not the favorite at Tokyo

Inbee Park is the third favorite to capture the women’s Olympic gold in golf this summer, despite crushing the Olympic field in 2016 en route to capturing the gold. She beat the field by five strokes and shot a 66-66-70-66 for a -16.

However, Park hasn’t seen the No. 1 ranking since 2018 and has won just two LPGA events over the last three years. She finished 40th in the recent LPGA Women’s Championship.

US chances for women’s golf medal

Nelly Korda leads the American team as she comes into Tokyo with the highest odds to capture the gold this summer. Corda leads the LPGA in 2021 in scoring with a 68.86 average and won the women’s PGA Championship in late June. She is the No. 1-ranked woman golfer globally and has three wins already this year.

Canada’s chances at a medal for women’s golf

Brooke Henderson will be Canada’s best hope for a golf medal in Tokyo. Henderson finished tied for seventh in Rio in 2016 and has four Top-10 finishes this year, including one win. She comes into the Summer Olympics within the Top 20 on the odds board (+2,500) to capture the gold.

The women’s Olympic golf odds are offering plenty of value at the top of the board. It’s tough to pass on the No.1 female player in the world at +700. Nelly Korda comes into Tokyo having won the most recent LPGA major tournament and the tournament before that. The form and the talent are all there for a winner with this much value.

Olympic golf is one of the more familiar formats in Tokyo. Both the men’s and women’s sides will play a 72-hole four-day tournament with the player with the lowest score winning gold. Each side will have a draw of 60 players, and players will play in groups of three. The East course at Kasumigaseki Country Club hosts this Olympic tournament.

Expect hot and humid weather as early August is typically the hottest time of the year in Tokyo.

How to bet on the Olympic golf

The Olympic golf tournament is a lot like a PGA Tour Major and will attract many new bettors looking to bet on golf for the first time. If you’re new to golf, let us teach you how to bet on golf with some betting basics and tips for tackling the most challenging tournaments. If you’re familiar with wagering on golf, but haven’t placed an Olympic bet before, we also offer tips on how to bet on the Olympics.

Where to bet on Olympics golf

Who will win Olympic gold in women’s golf?

Who will win Olympic gold in men’s golf?

John Rahm has the best odds to win the Olympic gold in golf at the Tokyo Olympics. He is the world’s No. 2 player and is on top of his game. 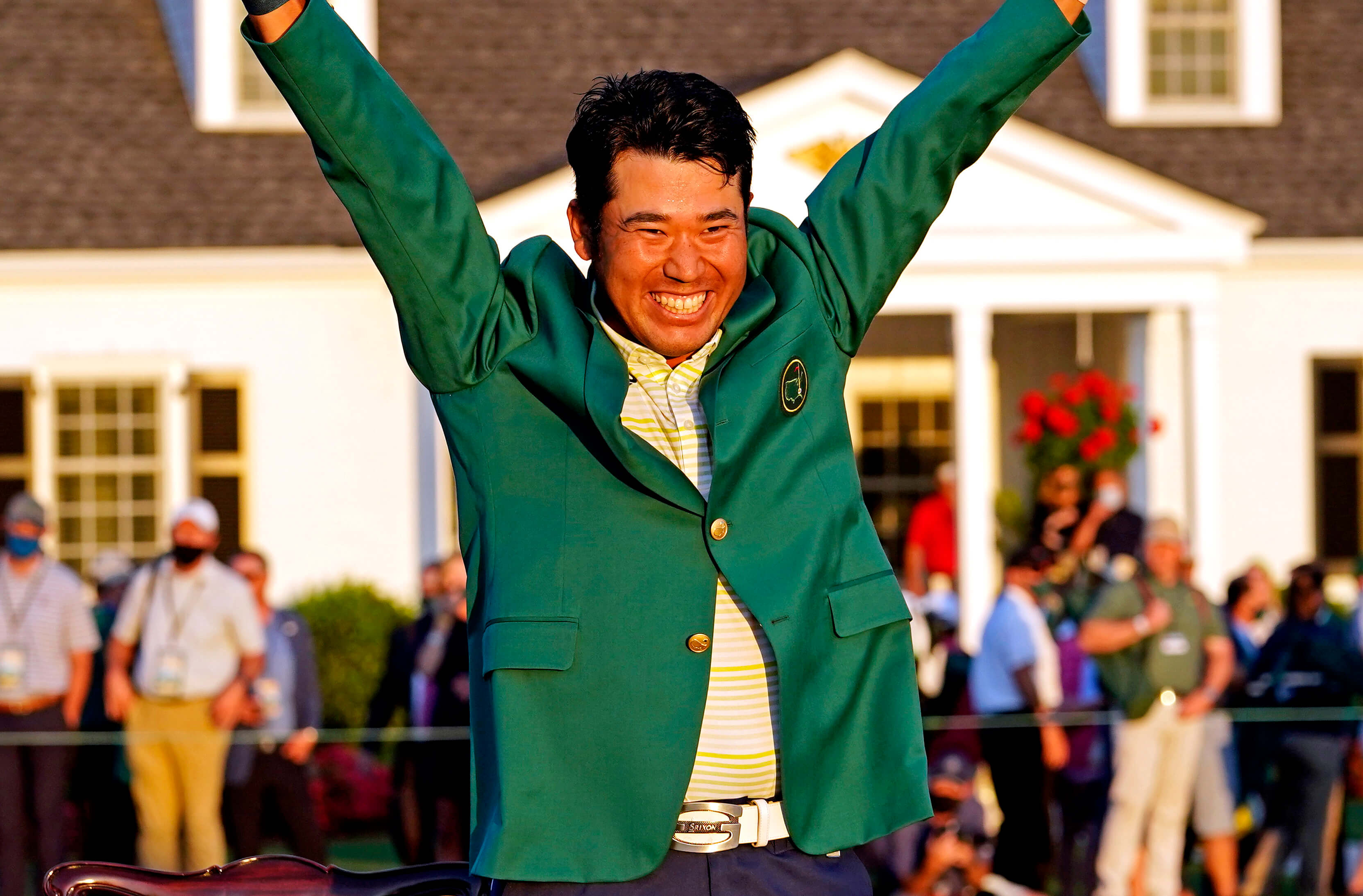