Canadiens vs Lightning Game 2 Picks and Predictions: Can Habs Bounce Back From Ugly Game 1?

Montreal let things get out of hand in Game 1's 5-1 trouncing, but had signs for encouragement, and still have one of the game's best keepers in nets. Find out how that translates to NHL betting value with our Canadiens vs. Lightning picks for Game 2. 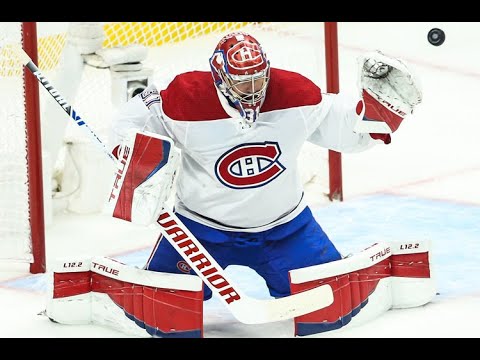 It wasn’t the opener that the Montreal Canadiens wanted in Game 1 of the Stanley Cup Finals versus the Tampa Bay Lightning. The home team looked like the much better side in the 5-1 thumping, proving the Canadiens have a lot of adjustments to make ahead of Game 2.

Tampa’s top line lit up Montreal for five points after the Habs had allowed just three goals by top lines in their previous three series. They’ll have to lock in to go deep in this series.

Here are our free picks and predictions for Montreal Canadiens vs Tampa Bay Lightning for Wednesday, June 30.

The Under is 7-2-1 in the Lightning’s last 10 after scoring five or more goals in their previous game. Find more NHL betting trends for Canadiens vs. Lightning.

Montreal came into Game 1 as a large +180 underdog and looked the part Monday at Amalie Arena in a 5-1 loss. The Canadiens managed just 19 shots on goal and allowed the Bolts to score three unanswered goals in a final frame that began 2-1.

Heading into the series, the Habs had three things to do for success: stop the Kucherov-Point-Palat line, stop Tampa’s power play and get pucks past Andrei Vasilevskiy. Montreal failed at each step in Game 1.

Per MoneyPuck, Tampa wins that game 75 percent of the time over 1000 simulations, which would make it Montreal’s most one-sided loss of the playoffs. Carey Price finished with -1.55 goals save above expected, which was also his lowest mark of the playoffs. If he can’t win the Habs a game and get them back into this series, it could be a short Finals.

Tampa was the better team in Game 1, but there were positive signs for Montreal. The Canadiens won the Corsi battle with 51 shots attempts and a 52.6 percent share, they just didn’t get their shots on net. Each of Montreal’s four lines all finished with a Fenwick percent and an xgoals percent at or above 50. Montreal wasn’t terribly outplayed at 5-on-5 despite being outscored 4-1.

Montreal will be the team making adjustments after Game 1 versus an opponent it did not see all yea.r After a 4-1 loss in Vegas in Round 3's opener, Dominique Ducharme’s group adjusted to the Vegas defensemen, who scored three goals in Game 1 by getting into shooting lanes, and increasing its blocked shots by 73 percent in Game 2. Montreal has shown the ability to change on the fly and we’re hoping it can do it again ahead of Game 2 with many people jumping off the bandwagon after the 5-1 loss.

Montreal is still undefeated in the playoffs when they score two or more goals, and we’d expect a bigger jump from the Habs in the first frame after getting Game 1 out of the way. Montreal turnovers led to Tampa’s first three goals, which is something that can be corrected on the Canadiens’ side.

Game 1 wasn’t the final Under backers were hoping for in a 2-0 game with just 23 minutes to go. Things got uncharacteristically loose for Montreal in the third as Tampa potted a pair of 5-on-5 goals and power-play marker — the first the Canadiens’ PK has allowed in 32 chances. Having a 5-on-3 in the game’s final three minutes with the total sitting on a push is not a fun way to lose an Under bet.

Being the suckers for punishment that we are, we’re heading to the proverbial Under well in Game 2, again. Vasilevskiy is paying +120 to win the Conn Smythe as the playoffs’ MVP after Game 1’s 18-save, one-goal performance. Vas had a few rough games in the earlier series, but since hitting Round 3, the Lightning goalie has a .940 save percentage and 1.51 GAA. He’s allowed one or fewer goals in four of his last six, which is an incredible run. The Montreal offense is scoring just 2.44 goals per game in the postseason which is the fifth-lowest mark out of all 16 qualifying teams.

Price has not lost back-to-back games since Round 1 and his five goals allowed on Monday broke a streak of five straight games surrendering two or fewer goals. The 10 high-danger chances Montreal gave up in Game 1 is right around its playoff average, so it’s safe to say Price had an off night. He allowed two low-danger and two medium-danger goals and didn’t look like the goalie that had carried Montreal this far. A bounce-back is expected from one of the best veteran goalies in the league.

We’re expecting the Canadiens to do a better job containing the top line of Tampa in Game 2, leaving the Lightning needing some secondary scoring. Alex Killorn, who plays on a line with Steven Stamkos and Anthony Cirelli, is considered doubtful, leaving the Coleman-Gourde-Woodrow line to get even more use. The GoWoodMan line usually leads the Bolts in time on ice at 5-on-5 and finished Game 1 with a 59 percent xgoal rate. Neither of the forwards gets any PP time, but with the MTL PK being so stingy, we’ll be looking for Tampa goals at even strength.

Of the three, Blake Coleman is leading the line in postseason assists with seven while Yanni Gourde has been the goal-scorer with six. Gourde was second on the team in Game 1 in xgoals and tied for the team lead in shots on net with three. He finished with the third-highest TOI among TB forwards and is paying +284 for an anytime goal. Sign us up. 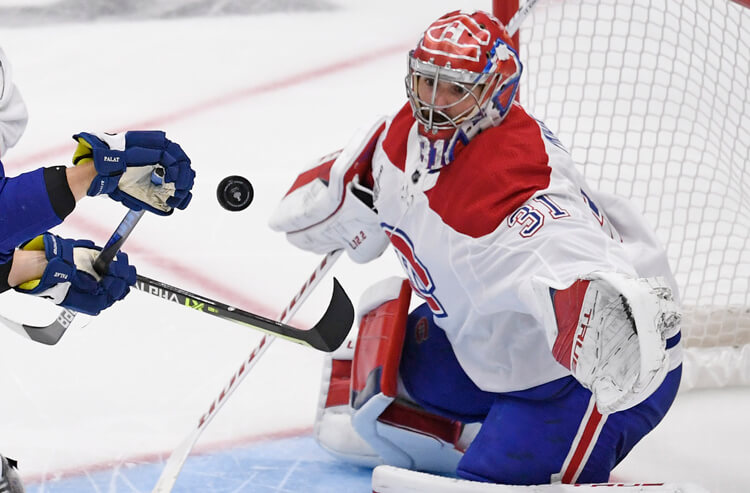 Canadiens vs Lightning Game 2 Picks and Predictions: Can Habs Bounce Back From Ugly Game 1?
Provided by