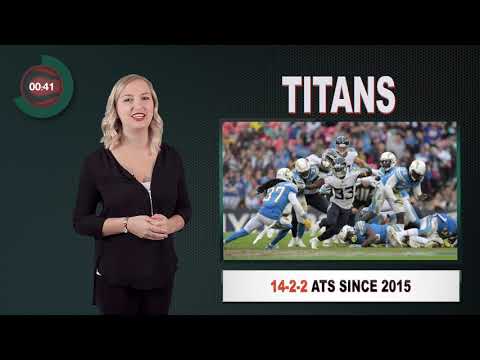 The Tennessee Titans travel to Texas to take on the Dallas Cowboys at AT&T Stadium in Arlington on Monday Night Football. We're here to break down the best five ways to ways to wager this matchup between two unperforming teams with visions of division titles. **video

The Dallas Cowboys will look to tee off on the inadequate Titans offense that currently ranks 24th on the ground and 31st through the air, and with the 2nd ranked secondary expect Dallas’ defense to have a strong opening quarter. As such, the Cowboys will go to work on the ground when they get the football, and while Tennesee’s rush defense is middle of the pack that is not good enough against one of the league’s best backs. Ezekiel Elliott is such a dynamic rusher and, with the well documented struggles surrounding Dak Prescott and the passing game, expect Zeke to burden the load once again and score the game’s first major.

The Dallas passing game ranks 30th in the NFL coming into Monday night, which is part of the reason why they went out and traded for former Raiders' pro bowl receiver Amari Cooper. The upgrade out wide will certainly help Prescott and the Dallas passing game, but they face a Tennessee secondary that ranks 7th in the NFL and success through the air might be tough to come by. However, if the Cowboys can generate success along the ground they should be able to open lanes for Cooper and Cole Beasley downfield and ultimately allow them to score some points. The line on their first half total is at 10.5 which seems incredibly low for a home team in prime time even if it is the Cowboys. Take Dallas to go Over in the first half.

HOW TO RECOGNIZE AND HANDICAP KEY NFL BETTING NUMBERS

The Titans offense has been subpar all season long, and while Corey Davis offers some explosiveness down field it’ll be tough for him to find space against this stellar Cowboys secondary. Tennessee, meanwhile, should have success keeping the Dallas passing game in check as well, and with neither team being able to eat up chunks of yards at a time expect the kicking game to play a huge factor. The Titans will need to convert their field goal opportunities to keep this game close and getting their field goal prop at a relatively cheap price is too good to pass on.

The total in this game is incredibly light for a prime time Monday night showdown, but with the inadequacies of each team’s offense and the strength of each team’s secondary it makes sense to see the total at 40 points. It's no secret that the Cowboys are going to run the football and hope to catch a blown coverage downfield, while the Tennessee offensive plan is going to be very similar as they don’t have many weapons to expose a very good Cowboys secondary. As such, it's safe to expect a low scoring affair. The kicking game, running game, and defense of each team will be featured and Marcus Mariota and Dak Prescott will be relegated into game managers. The Cowboys have gone Under in 13 of their last 16 while the Titans have come in Under in five of their last six. Look for those trends to continue here in a game that finishes around the 36-point mark.

The Cowboys are undefeated at home this season while the Titans are 1-2 on the road and have fallen well short of expectations. Dallas was held in check on the ground two weeks ago against the Washington Redskins and with the bye week mixed in, and coming off a disappointing outing, this looks like a great spot for Elliott to rebound. The Titans have looked pedestrian this season and even in victory they haven’t looked like a playoff contender and, while they have covered the number in six straight Monday night games, they are in tough here. Dallas is 6-1 ATS in their last seven following a game in which they accumulate fewer than 90 yards rushing, and 9-4-1 ATS in their last 14 against a team with a losing record. The Cowboys keep those numbers trending in their favor.

WANT TO WAGER ON THIS GAME? OUR NEW WHERE TO PLAY PAGE CAN HELP YOU OUT 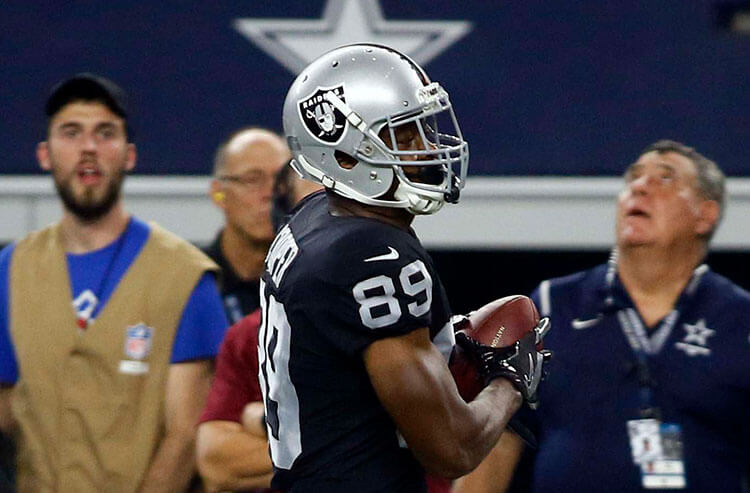