Christian McAffrey will be hoping to do some damage against a Saints defense vulnerable to pass catching running backs. 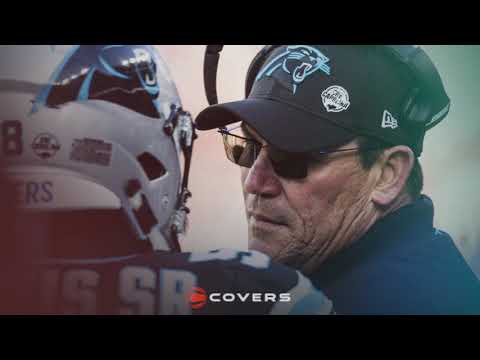 The 11-2 Saints take on the Panthers on Monday Night football. These teams play each other twice over the next 13 days and there's no love lost between the two sides, after the Saints swept the Panthers last year in the regular season before knocking them out of the playoffs. The Panthers received a broom from the Saints after that playoff game, and Cam Newton was gifted a bottle of wine by New Orleans' defensive end Cam Jordan. Both moves, quite reasonably, were seen by the Panthers as a sign of disrespect and you can bet they've had this game circled on their calendar. We break down the best ways to wager this battle between NFC South rivals. **video

According to oddsmakers, New Orleans is the overwhelming favorite to score first. However, when it comes to scoring in the opening stanza there isn't much separating these two teams. New Orleans averages 5.5 points per game in the first quarter, while Carolina averages 5.3.

While many running backs tend to become more effective as the game goes on, Panthers RB Christian McCaffrey is the opposite. He actually plays best in the first quarter, rushing for 320 yards and 6.3 yards per carry this season - 118 more yards and 1.5 more yards per rush than his second-best quarter. Look for him to help Carolina get off to a good start.

Either side has a good chance to score the first points of the game, and we like the Panthers to come out strong at home in this one. Take the tidy +130 on them being the first ones to put points on the board.

The Saints have been one of the best teams in the league all season, thanks to Drew Brees at the helm of a balanced attack. Their offense especially comes alive in the second quarter, where they average a league-best 11.4 points per game.

The Panthers offense might not get the same amount of credit but they can also hang points on the board early, averaging 14.2 points per game in the first half - good for eighth in the league.

With both teams capable of scoring quickly, take the Over on the first half total of 24.5.

Although the Saints offense gets most of the acclaim, the Saints' run defense has done a great job as well, holding opponents to a league-low 77.6 yards per game on the ground. Part of the reason is that their offense puts a lot of points on the board, forcing their opponents to abandon the running game and play catch-up.

The same could happen Monday night, so be wary of taking McCaffrey on just his rushing yards total. Instead, look to his pass catching ability.

The Saints rank 30th in the league in DVOA against pass-catching running backs and McCaffrey has a whopping 86 catches so far on the season. The total for his combined rushing and receiving yards is set at 112.5 but don't let that deter you. He averages just over 125 combined rushing and receiving yards and is bound to get a high volume of targets in the passing game.

Over the last five outings, the Saints have allowed only 13 points per game - a far cry from their porous defense at the beginning of the season. That being said, don't expect them to shut out the Panthers who average 30.8 points per game at home in 2018 and have surpassed 30 points in four of six games at Bank of America Stadium.

The Panthers rank 24th in the league in scoring defense, allowing 25.5 points per game. Historically, Brees has had big games against Carolina; In 22 games as a member of the Saints against the Panthers, he's averaged a staggering 295.4 passing yards per game and thrown for 44 touchdowns. The Panthers will not be slowing down the Saints on MNF but should be able to score some points of their own, so take the Over on the full game total.

The Panthers have been much better at home than on the road this season, with a 5-1 record in the cozy confines of their own stadium. While they're currently on a five-game losing streak, only one of those defeats came on their home field and it was on a last-second field goal to the Seahawks.

The Panthers will be playing with home-field advantage, are desperate to win to stay in playoff contention, and will be hungry for some measure of revenge against the Saints. But all motivation aside, the Saints are simply the better team all-around. New Orleans has the best scoring margin in the league at 12.6 points per game, and it's not even close — the Bears and Rams are tied for second place at plus-8.6. Carolina, sits right in the middle of the league in that category with a scoring margin of minus-0.6 points per game.

The Saints are 10-3 ATS on the year, including 9-1 ATS over their last 10 games. Expect them to win, and cover the spread again, on Monday night. 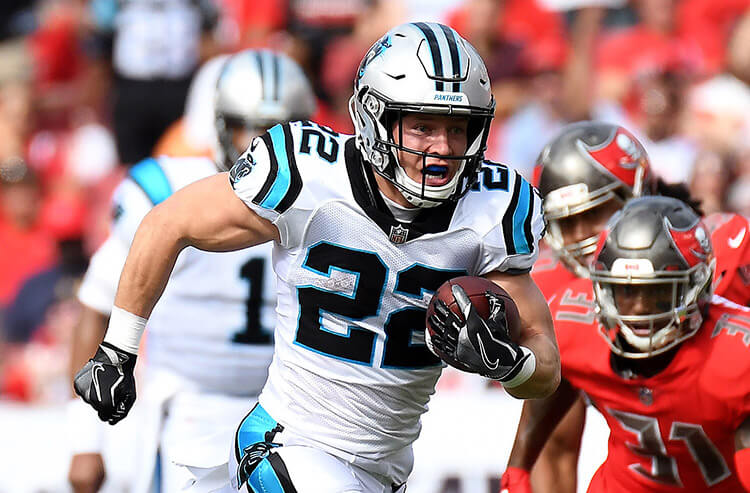