Tom Brady and the Patriots improved to 13-8 against the spread in their last 21 games when favored by 14 or more points following last week's win and cover against the Miami Dolphins.

NFL favorites are 45-20-4 against the spread in the last 30 days – a clip so high that even Charles Barkley and Michael Jordan couldn’t have lost money betting pro football in the last month. **video

Sportsbook managers aren’t having the best November, as Covers senior writer Patrick Everson detailed, but the chalk won’t walk at a 69 percent clip over the last five weeks of the NFL season. Bettors will have to dig a little deeper to find ways to beat their bookies.

Looking at double-digit spreads is a good place to start. Double-digit favorites went 3-1 ATS last weekend with the New England Patriots putting down the Miami Dolphins by 18 points, the Philadelphia Eagles burying the Chicago Bears by four touchdowns, the Atlanta Falcons tearing up the Tampa Bay Buccaneers by 14 points and the Pittsburgh Steelers inching past the Green Bay Packers.

This could be a preview of what’s to come until the start of the postseason. We looked back over the last six years and found teams favored by 10 or more points are 38-29-1 ATS from Week 13 to Week 17. Even better, home teams are 41-26-1 ATS in games with double-digit spreads over the same time period.

Just last season, all six home teams in games with 10-point or larger spreads went 6-0 ATS while favorites went 5-1. There’s only one double-digit spread on the board this weekend (Chargers -13.5 vs. Browns) but there should be quite a few in the weeks to follow as teams punt on the season and start taking a look at their backup players to see which are worth holding onto for next season.

Here are some games to keep an eye on for potential double-digit spreads in Weeks 14 - 17:

The Pats just covered as 17-point home favorites against the Phins last weekend. Barring an injury to Tom Brady or a brain tumor for Bill Belichick, New England will be large favorites at Miami.

The Lions won’t be confused for world beaters, but the Bears’ offense is so putrid it’s hard not seeing them getting at least 10 points in this divisional game.

The Giants are already planning for the future that probably doesn’t include Eli Manning as their starting quarterback. This could be another huge line if Geno Smith is still at QB for the G-Men and the Eagles are still playing for the top overall seed in the NFC.

Gang Green has been a double-digit underdog just once this season and that was all the way back in Week 2 against the Raiders. That seems like a long, long time ago. Despite the Saints’ setback against the Rams, bettors still love backing Drew Brees and the boys from the Bayou.

The Raiders are a mess. Head coach Jack Del Rio is presently prepping index cards with the names of his assistant coaches and assorting them by the likelihood who will be his next scapegoat to save his job.

It’s safe to assume Brady will be playing in Week 17 because he did last season when the Pats had the first seed already sewn up.

Will the Browns still be winless on the last weekend of the season? Would the Steelers put the squeeze on their division rival in a meaningless game for them or would they protect Ben Roethlisberger, Antonio Brown and Le’Veon Bell from injury?

The Vikes have won a lot of games this season but have been double-digit faves just once – and that was against… you guessed it… the Browns. Vikings head coach Mike Zimmer hates losing preseason games, so it’s safe to assume he wouldn’t take his foot off the gas pedal even if there was nothing to play for in Week 17 for his team. 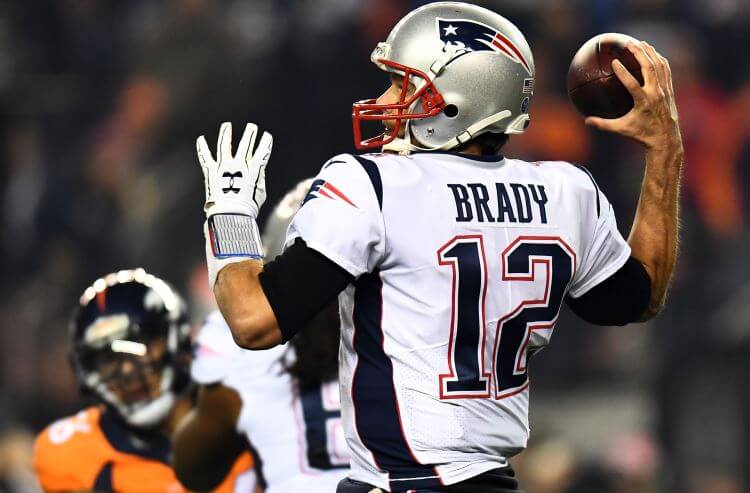