The first round of the NFL draft has come and gone, but the board is still full of big names ahead of Round 2. Tampa Bay will pick first with the No. 33 selection and we like them to take a defensive lineman. Read more to find out why.

Day 1 of the NFL Draft is in the books and the first round certainly delivered on what was projected to be a crazy and one-of-a-kind iteration.

We saw just one quarterback go off the board, defensive players sweep the first five picks, and a plethora of crazy trades that sent the likes of A.J. Brown and Hollywood Brown to new homes.

The action is just getting started and there are a fresh set of NFL Draft Props on the board, offering new angles of attack. In particular, there is some value when looking at the Tampa Bay Buccaneers. Tom Brady's retirement and consequent unretirement in the offseason firmly put the Buccaneers in win-now overdrive.

By addressing any glaring needs on their team with the first pick on Day 2, they can gain a leg up on the two.

Odds courtesy of DraftKings Sportsbook as of April 29, 2022

If you're signing up for a new sportsbook for the NFL Draft, here are two of the best bonuses* available:

The biggest areas of need for Tampa Bay is in the trenches with the defensive line (both EDGE and defensive tackle), and offensive guard.

With that in mind, it's no surprise to see DT Logan Hall as the odds on favorite (-125 at FanDuel) to be taken 33rd overall across various books, especially given that Hall was seen as a late riser who was a threat to go in the first round. In fact, the second-best odds are as high as +750 which belongs to Perrion Winfrey who is also a defensive tackle.

Given that this year's class of guards was not the deepest at the top-end (Kenyon Green and Zion Johnson), as well as the fact that the New England Patriots shocked the world by taking the next best one at 29th when they weren't projected to go in the top 50 picks (Cole Strange), the board is a bit bare there.

Some secondary needs they could address are defensive back (+225) and tight end (+1,200). There are admittedly some solid names remaining at cornerback with Kyler Gordon and Andrew Booth, the former being a fringe first-rounder in the latest expert mocks and the latter being a first-rounder in earlier mocks.

For safeties, Daxton Hill and Lewis Cine sneaking their way into the first round with the last two picks thinned the position considerably. Tight end Trey McBride (+1,600) could be the one to have his name called after Rob Gronkowski seemingly balked at the proposition to come back for another year with Brady.

Chris Godwin is coming off of a torn ACL and is unlikely to be ready and at full speed until later in the season. The need for a pass-catcher is there, but the question is if there's value at pick No. 33.

McBride's over/under draft prop was at 51.5 before the draft began and was found very rarely in final expert mock drafts, whereas names like Logan Hall (+170), Boye Mafe (+1,600), and Arnold Ebiketie (+2,400) were frequent first-round names in those same expert mocks.

Defensive lineman at -140 is a good price and targeted dart throws at Winfrey, Mafe, and Ebiketie are more than fitting for those who are daring. 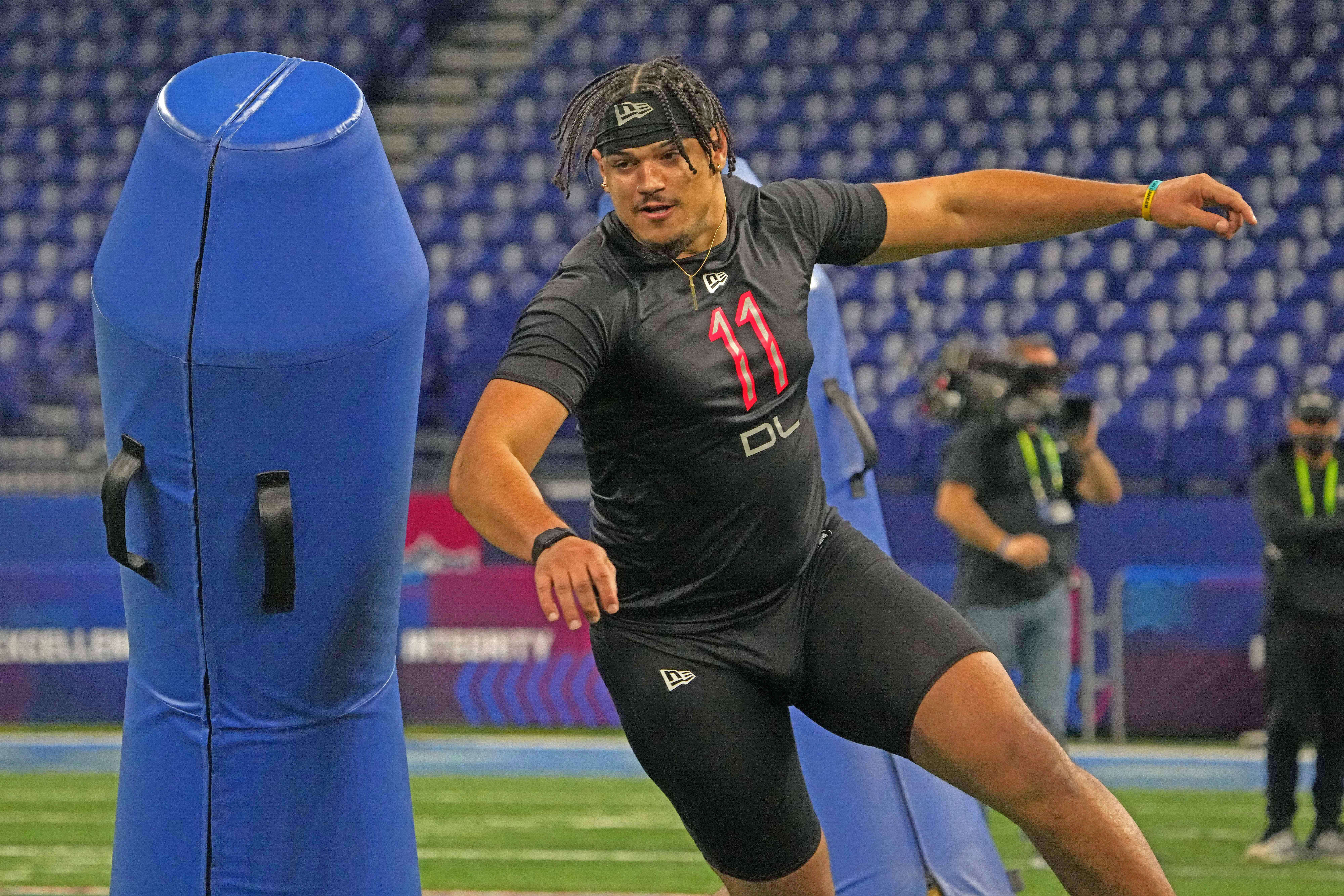