Last year's Mountain West title is a distant memory for a Utah State team unable to muster anything on offense this year. Against a thriving BYU team, don't expect the Aggies to turn it around on the Cougars' defense — our picks have more. 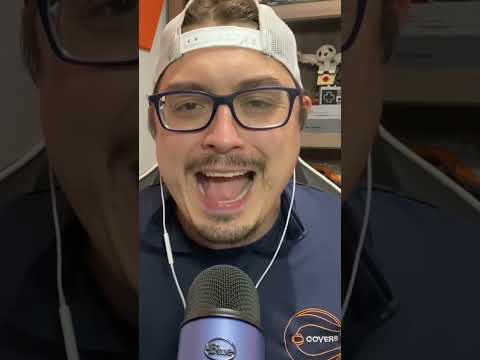 The BYU Cougars bounced back from their tough loss against Oregon by taking care of business against Wyoming and now they will look to carry that momentum over into this week’s game against reigning Mountain West Champion Utah State.

However, these are not the Utah State Aggies that finished 11-3 and were crowned conference champs a year ago. Getting crushed by Alabama is one thing but losing to FCS Weber State and UNLV in back-to-back games is something different — not good different.

So, it’s no surprise to see BYU as a 24-point favorite for this matchup in Provo on Thursday night but are the Cougars’ claws sharp enough to cover all that chalk?

I’ll break it down and give you my best bet in college football picks and predictions in the battle for the Old Wagon Wheel when Utah State takes on BYU.

BYU is still living its best Independent life. The Cougars are 3-1 to start the season, which includes a big win against defending Big 12 champion and No. 16 ranked Baylor.

BYU is led by pretty much the most veteran quarterback in college football, 24-year-old Jaren Hall. Still classified as a junior, Hall is having an outstanding season for the Cougars, throwing for 1,164 yards and completing 71.5% of his passes with nine touchdowns and just one pick.

BYU's defense hasn’t been too shabby either, particularly against the pass, but you don’t need to be great against this Utah State team.

The Aggies look like a shell of the team that won 11 games, was one of the highest scoring Group of Five teams (31.4 points per game vs. FBS opponents), and won the Mountain West last season.

It has been a disastrous start to the season for Utah State. No one really cares about getting blown out by Alabama. But scoring just once in a 24-7 loss to FCS Weber State is nearly unimaginable. The Aggies followed that up with an uninspired 34-24 loss to UNLV in a game that wasn’t as close as the score indicates.

QB Logan Bonner returned under center this season but has struggled, completing just 56.4% of his passes while throwing more interceptions (eight) than touchdowns (six). It is unclear if Bonner has held onto his starting job heading into this game, but unfortunately, the Aggies don’t have much better options at the moment.

This Utah State offense just can’t get anything going. The Aggies rank 92nd in yards per play and 123rd in scoring at 15.5 points per game. Heck, they put up just seven points against an FCS team and scored just 16 before the waning minutes last week against UNLV.

While the BYU defense has its issues, Utah State won’t be able to exploit them, and the Cougars will create enough of a pass rush to frustrate whoever is under center, resulting in another low-scoring game for the Aggies. Take the Under on their team total.

A) Utah State to Win Any Quarter vs. BYU BOOSTED to -125 at BetRivers! Bet Now

BYU opened this matchup as 24-point home chalk and that’s where the line sits as of Tuesday evening, but that number may not last long as the early money has come in on the Cougars.

And why wouldn’t it?

BYU has excellent quarterback play with Hall under center, it has an impressive win already this season against Baylor, it's playing at home in front of the raucous crowd in Provo, and, probably the most important part, Utah State is a total dumpster fire right now.

We already broke down why the offense has struggled but once again, here’s the cliff notes version. We don’t really know who will be playing quarterback for the Aggies in this one, but the options aren’t great. Either way, whoever is throwing the ball doesn’t have a ton of weapons.

It’s not just the offense that has struggled for the Aggies, it’s the defense too. Utah State ranks 100th in total defense and is getting trampled over in the ground game, surrendering over 200 rushing yards per game this season.

My only trepidation here is that BYU’s pass catchers are dealing with some injuries and it could be looking ahead to next week’s meeting with Notre Dame. It feels like we could get hit with a backdoor cover by the Aggies, so I’ll stay away.

The total for this game hit the board at 60.5 and that’s where it sits as of writing this. And right off the bat, I’d lean towards the Under here. It’s pretty straightforward as to why, just look at the two sections above.

For reasons I’ve gone into detail about, the best bet for me here is Utah State Under its team total of 17.5. So, if this game is going to go Over, we would need a pretty significant output from the BYU offense.

The Cougars are certainly capable of that, but I expect them to get out to a decent lead, and then take their foot off the gas to help get everyone healthy ahead of their big game against the Fighting Irish, resulting in this one likely falling just below the number.

The Under is 5-0 in Utah State's last five games overall. Find more NCAA betting trends for Utah State vs. BYU.