SEC matchups never lack talent and this is no exception, with two of the conference's best talents under center in Knoxville. Despite the talented QBs, our Florida vs. Tennessee picks highlight why a slow start is expected. 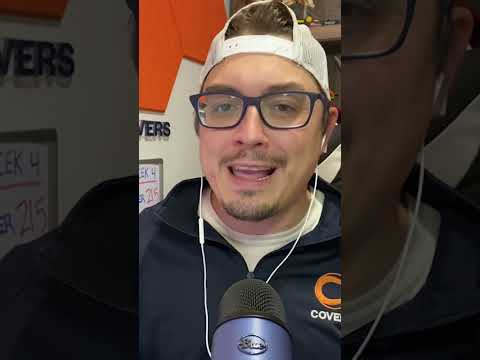 SEC East rivals Florida and Tennessee meet in Knoxville on Saturday, and it’s been a while since hopes have been this high in Rocky Top.

The Volunteers have lost 16 of their last 17 games to Florida but head into this game with a ton of confidence. They are a perfect 3-0 for the season and head coach Josh Heupel has the offense humming with Hendon Hooker under center.

Meanwhile, the Gators have taken a step back following a big season-opening win against Utah, dropping a game at home to Kentucky and then nearly stumbled as 23-point chalk against USF.

The real question for this SEC matchup is, what’s the best bet as the Vols try and exorcise some demons against the Gators? Find out what it is in my college football picks and predictions for Florida vs. Tennessee.

Florida vs Tennessee picks and predictions

Tennessee fans everywhere are tired of hearing 1-16, but it'll have a chance to put that to bed this week as 10.5-point favorites against Florida this week.

The Volunteers' high-octane offense has led the way to a perfect 3-0 record straight up and against the spread. Quarterback Hendon Hooker has been fantastic, throwing for 844 yards, six touchdowns, and no interceptions, leading Tennessee to a ridiculous 52 points per game.

Meanwhile, the Gators are looking for answers after their big season-opening win against Utah. The offense looked stagnant against Kentucky and nearly lost next week as 23-point chalk against USF. Basically, this team is some Anthony Richardson magic away from being 0-3.

Now, Florida knows that it can’t win a shootout with Tennessee. Its passing game with Richardson under center has frankly been bad at this point. Richardson is completing just 53.2% of his passes, hasn’t thrown a touchdown, and has four picks.

On top of that, Richardson just hasn’t looked as explosive since taking some big hits against Kentucky. Tennessee’s defense isn’t great, but the Vols are improving and the one-dimensional nature of the Gators' offense should help their cause.

So, Florida will look to counter Tennessee’s fast-paced offense by playing the control game and milking the clock with its rushing attack.

Even though Tennessee’s offense is explosive, Florida’s defense will be the best it has seen this season, particularly in the secondary. The Gators rank 26th in the country allowing just 178 passing yards per game. While Florida is lacking depth on that side of the ball, it should be able to put some pressure on Hooker early on.

Additionally, it sounds like Hooker could be without his top wideout in Cedric Tillman, who got injured last week. The Vols still have weapons but it certainly doesn’t help not having him.

Keeping the ball out of Hooker’s hands for as long as possible should be the strategy for the Gators. Which means fewer possessions and fewer points. The Vols might open things up in the second half but the opening half should be lower scoring.

B) Tennessee, Memphis, and Oregon to each cover -9.5 spread BOOSTED to +575 at Caesars! Claim Now

The fact Tennessee is a 10.5-point favorite for this matchup against Florida is kind of a big deal. The Vols have been favored just once over the last nine meetings. That was back in 2016, when they were laying 4-points in a 38-28 victory at home back in 2016.

But, Tennessee deserves to be favored by each and every one of these points.

While I like Florida to keep this game close for a bit, I’m not sure it can do that for a full 60 minutes. As noted, the Gators have depth issues on defense, and you know the Vols are going to put the pedal to the metal, run a ton of plays, quickly, and try to have Florida sucking wind in the second half.

If Tennessee can get something out of its run game, and provide some balance, it just doesn’t feel like Florida will have the horses to keep up in this one.

No official play on the side from me in this one, because these SEC rivalries can be full of surprises sometimes, but I would lean towards laying the points with Tennessee. And it doesn’t hurt that Florida is 0-8 ATS in its last eight road games and 0-5 ATS in its last five SEC games.

As you can probably tell from my best bet, when it comes to the full-game total I would lean towards the Under as well. For basically all the same reasons I like the first-half Under.

The only thing that causes me to pause a bit is the reason I would lean towards Tennessee to cover. The Vols have a very good chance to gas the Gators in the second half and start putting up a few scores in quick succession.

Additionally, if Richardson continues to struggle to move the ball through the air, Gators head coach Billy Napier could be tempted to make a change at quarterback in the second half.

That said, this still seems like a few too many points.

The Under is 5-0 in Florida's last five games vs. a team with a winning record. Find more NCAA betting trends for Florida vs. Tennessee.