The Bowl Game Rushing Angle: Why Running Teams Do Well In Bowl Games

Teams that are Top 10 in the nation in rushing have historically done very well in bowl games — so we're looking at Army, North Texas, Georgia State, Air Force, Michigan and Mississippi.

The unique circumstance of bowl game scheduling allows savvy bettors to exploit matchup angles that do not exist in the regular season. This college football bowl game betting strategy has been extremely profitable for the past decade. There are six bets in 2021 to make.

Bet on teams that finished the regular season in the Top 10 for rushing yards per game in their bowl game.

Why does it work?

The average team has 24 days off between the final game of the regular season and their bowl game. The NCAA limits student-athletes to no more than 20 hours or four sessions of practice per week. Many coaches do not maximize the full allotment of time, and with no games to play for three to four weeks, players see significantly less field time leading up to the bowl game.

Teams that succeed at running the football benefit from utilizing the athleticism and physicality of players. The ability to run the football does not fade during the time off, like passing offenses that are based on timing and route specifics.

There is also a consideration for the difference in focus, prep, and motivation for many teams playing in bowl games. Outside of the four teams in the playoffs, bowl games are often treated more like a travel trip and chance to get away to a different location than a championship game.

Many student-athletes are away from friends and family at home around Christmas and New Year’s. The added distractions combined with the difference in routine change preparation. However, game planning to run the football is basic.

These bets are from a blind trend and are anything but guaranteed. Betting on one of these six teams is betting on a quirk within the game of football and college schedule. These bets do not consider any external or matchup factors. Opt-outs in 2021 are going to be at an all-time high; these bets are made in advance, and any players choosing not to play could not be considered at the time of posting. The same applies to any COVID-related absences.

This college bowl angle always has questions around teasers. Which teams go with which teams? How many teams should be included? Are some teams better to tease than others?

It is important to remember basic strategy rules.

Air Force and Mississippi are the only true basic strategy teaser legs in the six games. Michigan does not meet basic strategy but has the lowest bowl game total. These three are much better teaser options than Army and Georgia State, which require a tease through zero. A moneyline parlay for these two is more suitable at plus money.

The historic results include all teases that go through zero. For a six-point teaser leg to prove valuable, it needs to hit above a break-even percentage of 72.5%. Teaser legs within the bowl game rushing angle have hit at 85% the last ten years. If the choice is made to tease Army or Georgia State, it is important to note that it is a tease through zero, which is costing more value than it is gaining.

Army runs for an average of 286.9 yards per game which ranks second in the nation. Their depth chart has five runners over 300 yards which will be problematic for Missouri. The Tigers allow 229.3 rush yards per game to opponents, ranking second-last in college football. Missouri will have been off the field for 28 days, while Army is off only two weeks following their game vs. Navy. A strong advantage for both sides of this angle.

The Mean Green of North Texas ranked third in the country running the football, averaging 246 yards per game. DeAndre Torrey ran for 1,214 yards and 13 touchdowns and is one of five players on the team with more than 300 yards on the ground. Miami Ohio is average defending the run, allowing 150.5 yards per game to opponents, but they are also one of the more pass-heavy teams in the nation, ranking 20th in passing offense and 90th in rushing offense. The bowl rushing angle works well in UNT's favor.

Georgia State has a dynamic run duo with both Gregg and Williams over 800 yards on the season. Grainger at QB adds another mobile threat running for 550. The Panthers overall rush for 225.4 yards per game which is 8th in the nation. Ball State allows 170.1 yards per game which is 92nd. Ball State finished their season four days before Georgia State and will need to find a way on limited practice to score enough to keep up.

No team ran for more yardage in 2021 than Air Force. Their 341.5 yards per game ranks tops in the country with five runners above 350 yards on the season. Louisville is a notable 19th in rushing yards per game, but the big difference in this matchup is on defense. Air Force sells out to stop the run and ranks 7th in rush yards allowed. Louisville is 77th and allows 157.1 on the ground.

Haskins and Corum led Michigan to 223.8 rush yards per game in 2021, good for tenth in the country. The Wolverines will be the first opponent inside the Top 20 for rushing yards per game that the Bulldogs will face in 2021. Georgia and their third-ranked rush defense will be a big test for Michigan too, but the running edge will be with Michigan after 27 days of rest and limited practice each.

Ole Miss ranked ninth in the nation for rush yards per game fueled by five runners that tallied at least 540 rush yards during the season. Matt Corral is a dual-threat QB that leads the team in carries. Baylor ranks 19th defending the run, but playing in the Big 12, that number is misleading. In 2021 they played one team (TCU) that ranked 30th or better in rush yards per game. They lost outright by two as a 7.5 point favorite. 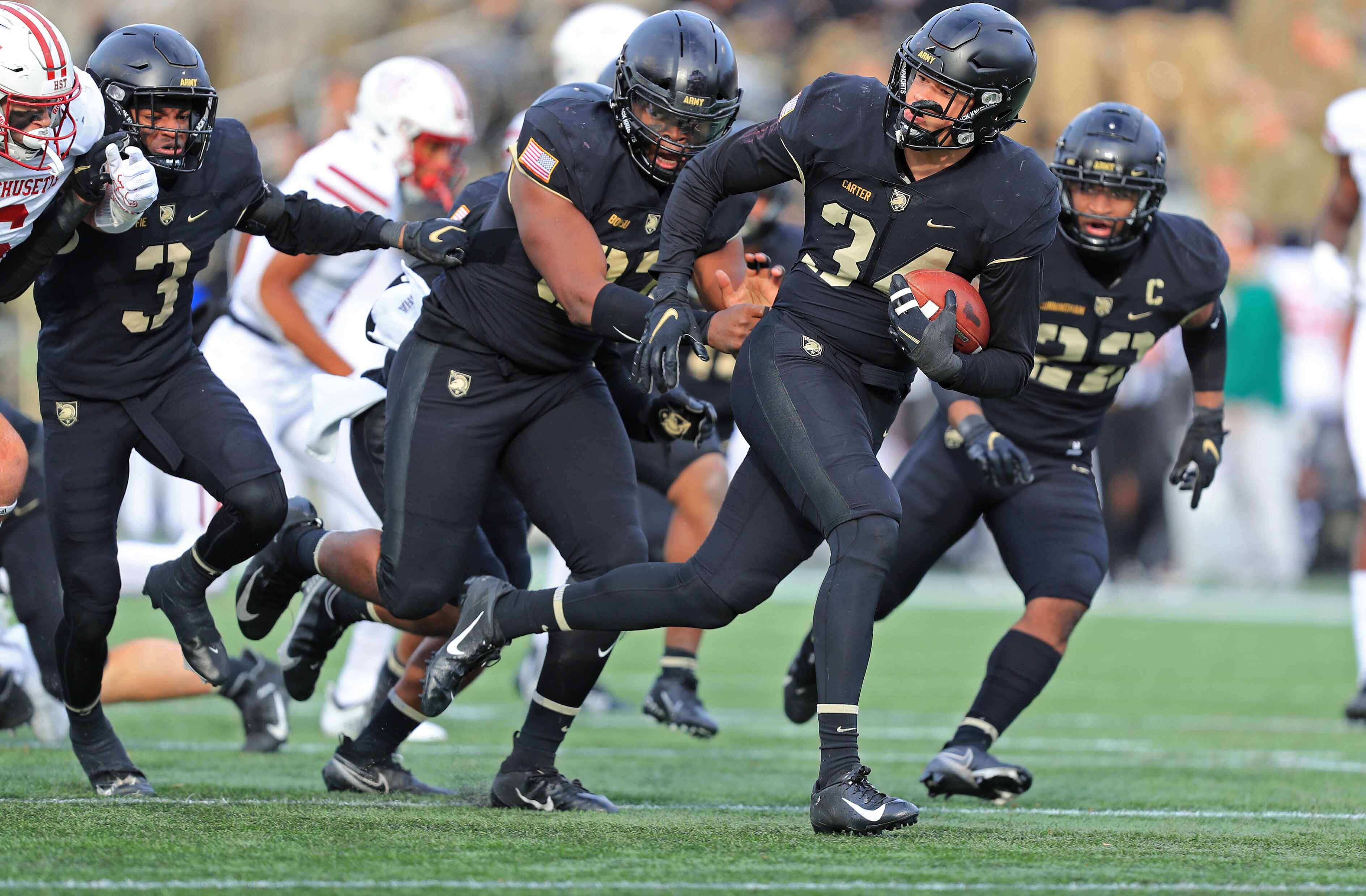 The Bowl Game Rushing Angle: Why Running Teams Do Well In Bowl Games
Provided by