Xavier vs UConn Odds, Picks and Predictions: Too Big a Spread in Big East Battle

UConn has gone into a tailspin since losing to Xavier on New Year's Eve, but they're big home favorites against that same opponent on Wednesday night. Our college basketball selections say the Huskies should be on upset alert against the Musketeers.

The No. 19 Connecticut Huskies will look to avenge their first loss of the season when they host the No. 13 Xavier Musketeers on Wednesday night.

Xavier beat UConn at home, 83-73, on New Year’s Eve. Since then, Connecticut has struggled to regain its form, losing five of its last seven games.

The Musketeers will have a tough time repeating that performance on the road, but can the Huskies cover a fairly big spread against the Big East leaders? We’ll break it all down in our college basketball picks and predictions for Xavier vs. Connecticut on Wednesday, January 25.

Xavier vs UConn picks and predictions

Considering how well they started the season, UConn’s recent struggles have been stunning. The Huskies (16-5) are just 5-5 in Big East play, and have only won two games in the month of January.

Still, it’s far from time for Connecticut to panic. Most of UConn’s losses have come to solid teams, including road losses to Xavier, the Marquette Golden Eagles, the Providence Friars, and the Seton Hall Pirates. Nobody ever said the Big East schedule would be easy, and while the Huskies couldn’t have expected to pick up this many losses, their results aren’t all that concerning.

Most ranking systems still place UConn among the top teams in the country. Ken Pomeroy’s ratings have the Huskies at No. 6 in the nation, as do the NCAA’s own NET rankings. Connecticut is healthy, and comes off an 86-56 win over the Butler Bulldogs in what could be a sign that things are once again right in Hartford.

The Huskies should be heading into tonight’s game confident that they can beat the Musketeers. But bettors have less reason to be confident in Connecticut’s ability to cover the spread.

UConn has gone just 2-7 ATS over its last nine games. On four different occasions during that span, the Huskies have failed to cover by double-digits. Even in their wins – the victory over Butler this weekend aside – Connecticut hasn’t been living up to expectations on the scoreboard.

That makes it difficult to back the Huskies as a 6.5-point favorite over a Xavier team that beat them by 10 less than a month ago. The Musketeers (16-4) lead the Big East with an 8-1 conference record, and have won 12 of their last 13 games. Xavier has yet to lose a game this season by more than seven points, with its only Big East loss being a one-point upset defeat on the road to the DePaul Blue Demons.

The Huskies will almost certainly play better than in their first meeting – where they shot just 41.8% from the field and were only 4-for-9 from the free throw line – but there’s no reason to think that tonight’s game will suddenly expose Xavier. The Musketeers have too much offensive firepower for anyone to put them away easily, and UConn hasn’t played like a team that can blow out top-tier opposition.

I’m betting on Xavier to cover what feels like a generous spread tonight.

UConn opened tonight’s game as a seven-point favorite. There’s been slight movement towards Xavier since then, and the consensus spread is now Connecticut -6.5.

Both of these teams have been solid against the spread this season. Xavier is 11-8-1 ATS, while the Huskies are 13-7-1 ATS on the year.

However, as I noted above, UConn has been struggling to cover over the past month. In their past 10 games, the Huskies have only covered three times, and one of those covers came by just 1.5 points against the Creighton Bluejays. The other two covers were comfortable, but both came against Butler – perhaps a sign that the Huskies have some specific edges over the Bulldogs.

Meanwhile, Xavier has covered in five of its last seven games. More importantly, nobody has been able to get rid of the Musketeers all season long, making that 6.5-point spread feel awfully big.

It’s hard to see UConn completely flipping the script from the first matchup, so Xavier +6.5 is my best bet for this game. I also like Xavier on the moneyline, where we can get as much as +230 at some sportsbooks in a game that the Musketeers can absolutely win tonight.

The total opened at 152, but there has been a wide range between different books that persists as of Wednesday morning. The closest thing to a consensus is an Over/Under of 153.5, but you can find totals as low as 151.5 if you want to take the Over.

That’s intriguing, because there’s good reason to think these teams will put up points tonight. UConn and Xavier have two of the best offenses in the country, with both ranking Top 10 in adjusted offensive efficiency according to the Pomeroy ratings. Xavier also plays at one of the fastest paces in the nation, and the Huskies aren’t a team that will look to slow them down much.

Connecticut is also one of the best defensive teams in the country, so this game won’t get out of hand. But lesser offenses have pushed UConn to high totals, and Xavier loves to run the floor. I recommend taking the Over here, but be sure to shop around so you can find the most favorable total given the range of numbers out there right now.

The Over is 19-7-1 in Xavier’s last 27 games overall. Find more college basketball betting trends for Xavier vs. UConn. 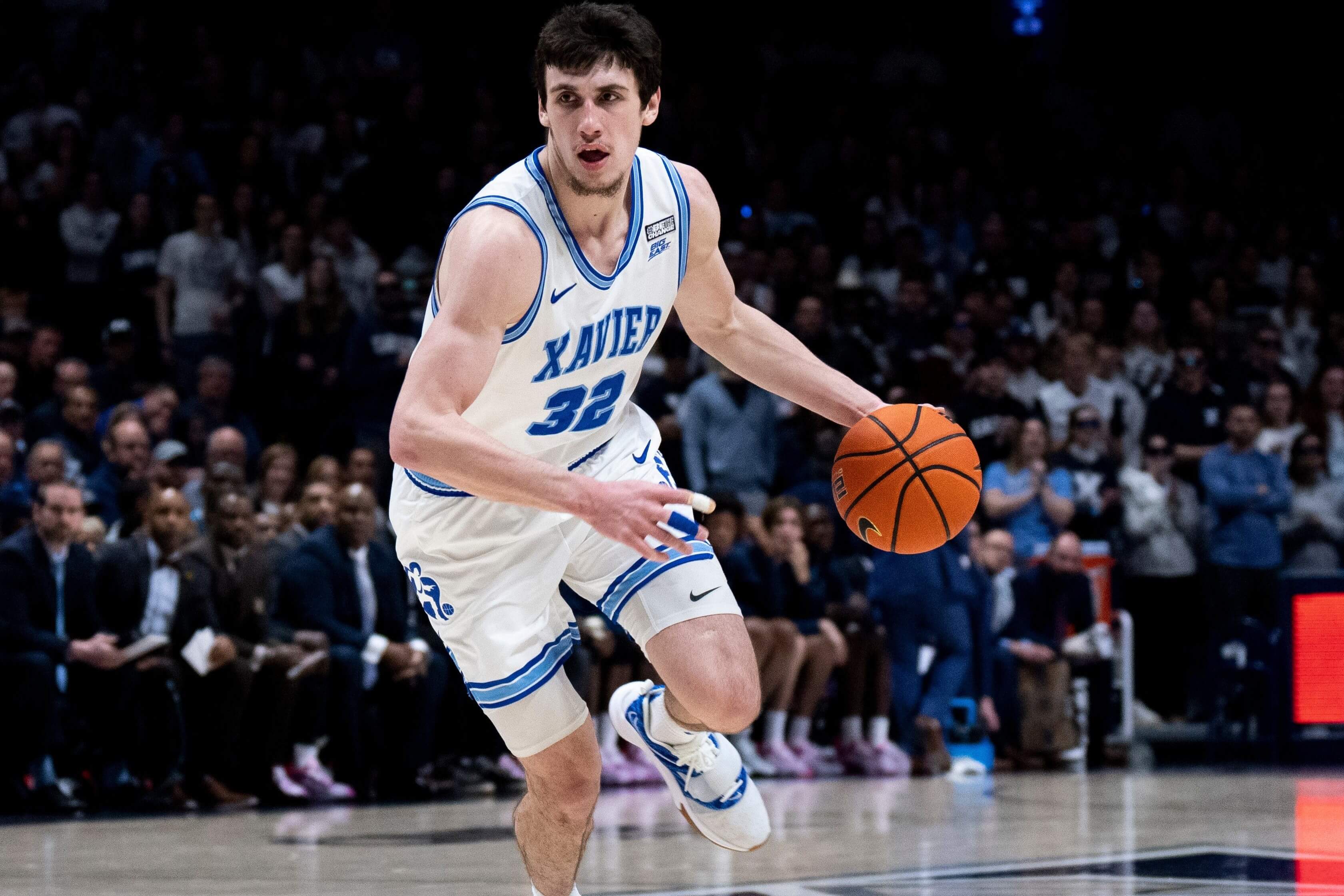 Xavier vs UConn Odds, Picks and Predictions: Too Big a Spread in Big East Battle
Provided by