MLS Cup Odds: Pick'em Between Timbers and NYCFC in Final

The Portland Timbers and NYCFC opened at +1,600 to win MLS Cup but now the pair are set to meet in Portland in the MLS Cup final as the final two teams standing. Get the latest MLS Cup odds below.

MLS betting odds for MLS Cup are down to the Portland Timbers and New York City FC, as the MLS Cup final is set.

With the final two teams locked in, here are the latest MLS Cup betting odds.

Odds to win the MLS Cup

Live odds below courtesy of DraftKings Sportsbook are current within a five-minute delay.

Favorites to win the MLS Cup

The Portland Timbers and New York City FC both began the season at +1,600 to win MLS Cup. Fast forward nine months, the regular season, and three rounds of playoff soccer, and they are -110 to be champions as this year's finalists are a pick'em.

Portland knocked off the top-seeded Colorado Rapids before breezing by RSL to win the West, and will host MLS Cup as the higher seed. This will be the Timbers' third MLS Cup appearance since joining the league in 2011. The hosts won it all in 2015 and then lost to Atlanta United in 2018.

NYCFC, meanwhile, eliminated the Eastern Conference top seed in the New England Revolution in the semifinals. Then, an 88th-minute winner in the conference final against the No. 2 seed Philadelphia Union propelled them to the final in Portland. This season marks the first in which NYCFC made it beyond the quarterfinals and now they have a chance at their first MLS Cup.

What is the format for the MLS Cup Playoffs?

When is the MLS Cup Playoffs?

The regular season got underway a month later than usual, in April. As a result, the MLS Cup Playoffs will begin November 20. The season will culminate with the MLS Cup, scheduled for December 11.

How to bet on soccer futures odds

MLS futures odds are constantly adjusted throughout the offseason due to player transfers and injuries. Once the season begins, title odds will change as teams win and lose games and as more players get hurt or suspended. Sportsbooks will also adjust MLS odds based on handle and liability to certain teams.

This means that on a $100 bet, you'll stand to win $500 if Seattle wins the MLS Cup. If it's close to the end of the competition, or a club has been particularly dominant, you might see them with a minus sign (-) ahead of their odds.

Above we have posted the American odds for MLS. However, these are easy to convert to decimal odds or fractional odds with our odds converter tool.

Where can I bet on MLS odds?

As the highest level of soccer competition in the United States and Canada, almost every online sportsbook and casino will provide Major League Soccer odds. Check out the best sportsbooks available where you live and see what MLS betting odds they currently offer. 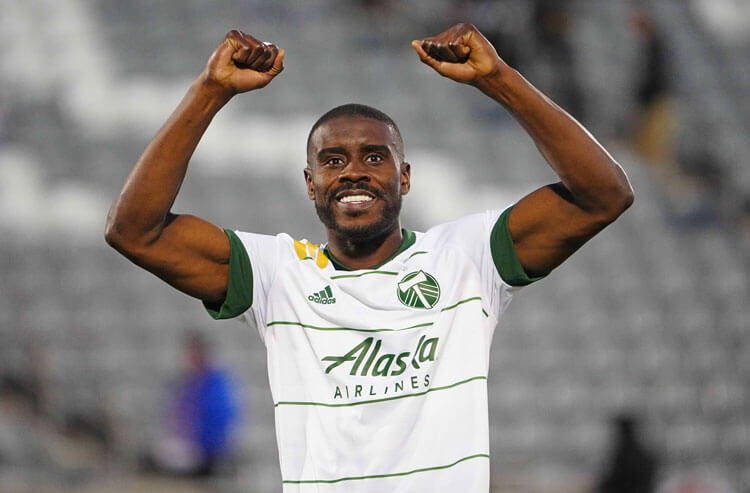 MLS Cup Odds: Pick'em Between Timbers and NYCFC in Final
Provided by

Everton vs Arsenal Picks and Predictions: Home Isn't Sweet for the Toffees
Alistair Corp | Dec 4, 2021
About Us
Contact Us
Careers
Our Team
Brand
Testimonials